Business schools have not always excelled at conducting research that has real-world impact.

When it comes to impactful work, many academics find there is a lack of incentives: in a system where publishing papers in prestigious journals is the way to secure promotion, pursuing projects beyond the university can seem irrelevant — or even counterproductive — to ambitious scholars’ career goals.

But that is changing — and the Responsible Business Education Awards identify the growing number of researchers whose work helps companies and other organisations do better.

Professor Usha Haley, the W. Frank Barton distinguished chair in international business at Wichita State University and an award judge, thinks that business school research has reached a tipping point. “People are talking — there is action.”

This year’s winners and runners-up were not deterred by the usual disincentives of academic research. In an impressive range of papers, business school researchers explored topics as varied as circular fashion, bank mergers, and the links between workers’ conversations and productivity.

There are more than 4,000 people on waiting lists for organ donations in Canada and although public willingness to donate is high, when it comes to actually signing up, people often do not follow through on their intentions: take-up is much lower than it needs to be.

Nicole Robitaille, assistant professor of marketing at the Smith School of Business at Queen’s University, Ontario, noticed a similar gap between intention and practice in research. Plenty of literature shows that people hold positive views about organ donation. Very little demonstrates what compels people to sign up — or not.

“You can look at a ton of questions about attitude, but behaviour change was what was really missing,” says Robitaille. Using observational qualitative research, she and her colleagues studied responses on organ donation in driving licence registrations in Ontario.

They noticed people were often unprepared for the decision or were put off by pages of complicated forms. “I spent a long time sitting in the registration office in Ontario watching what was going on,” says Robitaille.

After trying out a range of nudge interventions, by appealing to altruism and cutting red tape, the study’s recommendations were adopted by Ontario’s registration service. Consequently, organ donation registration significantly increased from 24 per cent of eligible adults at the time of research to 35 per cent now.

Looking at the research, the model predicted the intervention could result in new registrations provincewide each year. There are 12mn eligible, with one donor able to save eight lives and enhance 75 others, the impact is the difference between life and death.

“It was the first time as an academic I cried. We are actually saving lives,” says Robitaille. “It was incredible to see this study really making a difference.”

In the world of asset management, the UN’s Principles for Responsible Investment (PRI) have fast become a primary tool for promoting work that is sustainable from an environmental, social and governance perspective.

How effective the framework really is at ensuring that investment is good for people and the planet has been intensely scrutinised — not least by Aaron Yoon, assistant professor of accounting and information management at the Kellogg School of Management.

In his paper, he took a forensic approach to how PRI signatories actually perform. He found that they attract large fund inflows, but do not necessarily show improvements in ESG practice.

Yoon pulls no punches in his paper: a “reasonable reader” may conclude that PRI funds are “consistent with greenwashing”, he notes. And while signatories are “not superior performers in ESG” before signing, the affiliation is often quickly displayed on company websites, marketing materials and funding documents.

When he started in 2019, Yoon says, “no one was talking about greenwashing” in academia. He says that when he first presented his findings to a group of regulators in asset management, “They looked like they were caught off guard.” One even asked where his fund sat in the ranking.

Yoon believes that, with the right scrutiny, it is possible to create value with ESG. “I want to make sure we get this correct and it helps the sustainability of capitalism,” he says.

In her PhD research on global corporate responsibility, Gabriela Gutierrez-Huerter O, now a lecturer in international management at King’s College London, became interested in translation — how responsibilities are understood between companies with different views.

In her paper, she applied those ideas at the sharpest end of labour exploitation. Through interviews and observations in the construction sector, she found that collective solutions were being obstructed by dominant ideas, such as the notion that modern slavery was inevitable in our economic system.

“There’s a group of actors coming together and they all have very different views of what modern slavery is — it’s highly contested and very political,” says Gutierrez-Huerter O. “I found that was really limiting the type of responses from business.”

The work has led to material change. Contributing to the British Standard on organisational responses to modern slavery, Gutierrez-Huerter O advocated for more focus on human and labour rights. The approach was adopted, and the standard made available globally and free of charge.

“The way in which the standard has been written empowers organisations to be problem-solvers and to develop robust responses that eradicate the exploitation of human beings,” she says.

Gutierrez-Huerter O is arranging roundtables for business leaders on modern slavery. She hopes the research will help the sector come to a common understanding of how to tackle the problem collectively. “We need to go the extra mile in how we connect with businesses,” she says.

For most scholars, tackling child malnutrition would be a formidable undertaking in itself. But Arijit Chatterjee, associate management professor at the Essec Business School in France, expanded an examination of this global problem into a bigger study, applicable to a wider range of “grand challenges”.

In the paper, Chatterjee and his co-authors examined how the Child in Need Institute, an India-focused non-profit organisation that promotes child development, successfully scaled up its work in child malnutrition.

Through four years of intensive fieldwork and examining 40 years of archival data, they considered how large and small organisations can work together, combining the expertise of local actors with the scale of larger institutions to address difficult problems.

Chatterjee says he was inspired in part by a sense of powerlessness. “When small entities like us hear of grand challenges we feel helpless,” he says. He was eager to know more about how the Children in Need Institute successfully reached more than 7mn beneficiaries. The paper found success was based, in part, on “double weaving . . . a process of diagnosing and addressing problems by connecting actors and resources across locations and scales”.

Researchers spent time in communities, rather than doing what is known as “jet set ethnography”, parachuting into settings for a short time. The frameworks they created for scaling up have been used by several organisations. Professor Jennifer Howard-Grenville from Cambridge’s Judge Business School says it was “one of most exciting and impactful research papers” she handled in six years at the Academy of Management Journal.

Chatterjee hopes the paper can be used more widely to help organisations and academics reach beyond their communities. “Grand challenges are complex problems,” he says. “They cannot be solved without collaboration.”

READ MOREResponsible Business Education Awards
What difference does it make? The art of quantifying research impact 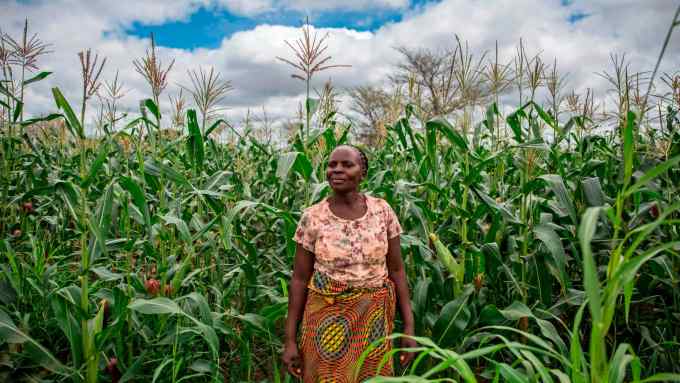