In tents experience in Antarctica

White Desert has long been the key player in Antarctica’s exploration game – a way in for the curious that doesn’t involve the commitment, time or training of a fully fledged expedition. Its first camp here, Whichaway Oasis – reached by plane from Cape Town throughout the season – opened in 2012, and was designed with an entry-level experience in mind. The new camp, Wolf’s Fang, ups the ante, both on adventure and remoteness, situated as it is in an area that until now was accessed almost exclusively by researchers and a few hardy alpinists.

Repair to the dining tent for gin and tonic made with 10,000-year-old glacial ice

The six tents, designed for two sharing, harness sustainable technology for heating and plumbing. Guests can abseil, ice climb and hike (or ride fat bikes) to any of the surrounding rock pillars along the icecap, “day” or “night” – it’s 24 hours of sunlight down here, so you get to pick and choose your snooze hours. After which, repair to the dining tent for gin and tonic made with 10,000-year-old glacial ice. From $53,000 for a six-day excursion, season starts 28 November, white-desert.com

On St Barths, Charlie and Mandie Vere Nicoll are about as insider as insider gets; the longtime owners of the Hotel St-Barth Isle de France sold that property some years ago to Cheval Blanc, and took over another island stalwart, Le Toiny. Now they have one of the island’s best private houses under their aegis, available for takeover as of this autumn. The four-bedroom Villa Nureyev gets its name from its famous one-time owner, who built the property in the late ’70s. In its multilevel spaces – with walls of simple unvarnished wood – much of the original, whimsical decor remains: furniture, artefacts collected on the dancer’s travels, photo albums, even a costume or two. There are two masters and a separate suite with its own deck and small pool, a sweet open kitchen, and a small but perfect spa. The focal point, though, is the huge main deck – 3,000sq ft of space, cantilevered out over the Caribbean, with 180-degree sea and coast views and an infinity pool. That the house is fully serviced by the hotel, and a few minutes’ walk from Le Toiny’s beach club, is a bonus. From €5,720 a night, letoiny.com

Make a Milos of Athens

Lovers of the international stable of Estiatorio Milos restaurants – and you don’t have to live in London, Miami, New York or Vegas to be one of them – will be pleased to learn those masters of haute-taverna cuisine are shortly to open their first hotel in the centre of Athens. Xenodocheio Milos, which is taking bookings from 15 October, sits opposite Old Parliament and doesn’t lack for timeless views – but its 43 rooms channel 100 per cent modernity, with light wood floors and panelled walls, marble baths, soaring ceilings and terraces. Milos founder (and exec wonder-chef) Costas Spiliadis is overseeing everything closely, so we’re betting it will deliver the goods. From £310, epoquecollection.com

Paris hoteliers seem to be emerging all systems go: witness the much-buzzed-about opening of Cheval Blanc in the historic Samaritaine building. Not far away, in the grand 19th-century Poste centrale du Louvre building, is Madame Rêve, which makes its debut in November. Since 2013, it has been the passion project of restaurateur and hospitality-development maven Laurent Taïeb, who has worked with designer Bruno Borrione (the man behind the City of Light’s Madame Pic as well as the Fasano in Rio de Janeiro). 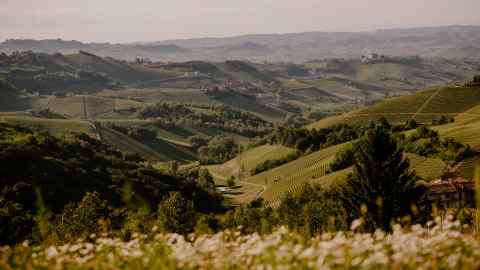 Its 82 rooms and top-floor suites, several with terraces that directly face Sacré-Coeur, the Eiffel Tower or the cathedral of Notre-Dame, promise low-key luxury and high-fidelity sexiness. Up on the roof, meanwhile, are a Japanese-influenced restaurant and close to around 1,000sq ft of planted gardens and terraces. From €500, madamereve.com