As the consumer landscape continues to shift, the group taps staff for cutting edge ideas

In the pristine white reception of LVMH House in the chichi surroundings of London’s Mayfair, an assistant was on the phone urgently sourcing caviar.

Upstairs, the atmosphere was rather less intense, despite a competition taking place on various floors. Over the course of four days, 60 participants from across the luxury goods group — which includes fashion, cosmetics, wines and spirits companies, as well as travel — were divided into 12 teams to pitch their ideas to senior executives, for a chance to see their proposal made into reality.

Prior to the competition, these employees had never met, and came from the Middle East, Europe and Africa. And being a luxury goods group, platters of fruit were laid out for sustenance, as well as the option to have a massage.

This was the Disrupt, Act, Risk to be an Entrepreneur (Dare) initiative, a rolling programme launched in 2017 to find innovative ideas and uncover talent across the sprawling group. So far seven events have taken place — four in Europe, and one in Shanghai, Tokyo and New York. Two more are planned for this year.

The challenge for this latest competition was to “reinvent the customer experience for tomorrow”. Previous themes have included the future of luxury, sustainability and gender equality.

Chantal Gaemperle, who oversees human resources at LVMH and pioneered Dare, says since she joined 13 years ago, the workforce has grown from 60,000 to almost 160,000, across 75 houses. “In a group of [so many] people how do you find the talents? Sometimes the best are far away from you. People rise to the occasion [and] gain maturity through presenting their ideas . . . coached by CEOs.”

The skills required by LVMH have changed too, she says. Today she recruits not just from luxury sectors and retail but also entertainment and technology. In demand are those able to collaborate across the group.

Over time, she has also noticed an uptick in young people joining the workplace who want to have an impact quickly. “That is still a challenge,” she says and hopes the Dare programme can reinforce a sense of purpose in young employees’ work.

The London competition received 450 applications. These were whittled down to 60 and divided into 12 teams. The jury included Toni Belloni, LVMH’s group managing director, Serge Brunschwig, chairman and CEO of Fendi and Roeland Vos, president and CEO of Belmond, a hotel brand.

The winning projects — which the company says are being worked on but are confidential — looked at enhancing the travel experience, zero waste packaging in wines and spirits and eco-design. 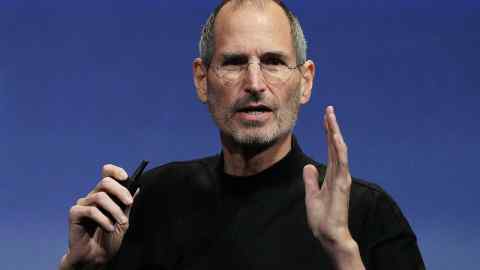 Celia Roussin, a senior product innovation manager for champagne producer Veuve Clicquot, pitched to senior LVMH staff in the New York Dare in 2018. It was nerve-racking, she says but “you learn how to pitch your ideas, test your programmes and create something that is bigger than your original idea”.

Gustavo Marin, purchasing and new product development manager at Chandon Argentina, was one of last year’s winners with the “Gold in the Seeds” project — which recycles grape waste from wine to the cosmetics industry. He says: “We encouraged people to join us with different expertise. We learnt a lot from other people.”

Projects that have been developed through the competition include: My Fav, a social commerce platform (a kind of Shazam for shopping), and Canvas of the Future, which displays digital images on Louis Vuitton’s bags using digital screen technology.

Ms Gaemperle says LVMH wants “cross-generation transmission” where young people come with digital skills and learn the value of the “magic” of the luxury experience.

“At the end of the day it’s [about] beautifully crafted products, it’s a human-centric sector,” she adds.

Katia de Lasteyrie, high jewellery global marketing and product development group manager at Louis Vuitton, initially worked on someone else’s Dare project, but it spurred her to go back and pursue her own idea, which became Canvas of the Future. It is now being developed at Station F, a Parisian start-up campus. LVMH announced in 2018 that it was incubating 50 new businesses there each year.

Ms de Lasteyrie brought a team together that has more technical expertise than herself. “I had to challenge my own assumptions,” she says, “and think what leadership is. I learnt how to motivate people.”

While there have been “some low moments”, Station F, she adds, “kept the right energy and kept me focused on pursuing the idea”. The project was unveiled at VivaTech, an innovation fair in Paris, last June.

His Nugget Club project, a retail experience, was a winner that has also joined Station F. “When you go to the office you feel you will change the world, it’s a super energy. This is the power of start-up culture.”