Germany’s place at the centre of the EU cannot hold

Before talking about Germany’s role in Europe we must first determine the pillars on which a strong and lasting leadership is built. Economic strength is essential, but alone it is not enough for a state to extend its sphere of influence.

Germany may be Europe’s economic engine, but the country lacks both hard and soft power, the cornerstones of true leadership. The 20th century would not have been the American Century if the US hadn’t increased its military presence and exported its way of life worldwide.

This is why calling Germany a leader is a misnomer. The burdensome legacy of National Socialism, and the legitimate concerns of other European countries, prevented Germany from rebuilding a powerful army after the second world war. During the following decades, anti-militarism took root in West German institutions and in public opinion.

Even so, West Germany was considered Europe’s shield against the Soviet Union: the armed forces amounted to 1.25m including reservists and the country housed a larger number of US troops than any other Nato member in Europe. The Bundeswehr’s strength was only due to the presence of the communist threat and, when the Soviet Union collapsed, Germany’s army began to crumble as well.

Following reunification in the early 1990s, Germany’s military expenditure started to decrease and the armed forces were drastically reduced. This trend went on until last February, when defence minister Ursula von der Leyen called for a surge of troops to face the most serious threats to national and European security, such as Isis, Russia’s growing aggressiveness and human trafficking.

Why this change? Maybe Donald Trump’s statements have played a crucial role: the US president has been very critical about the small contribution, in terms of military spending, offered by Germany to the Atlantic Alliance.

German chancellor Angela Merkel and Ms von der Leyen responded to these accusations by saying that Germany is investing in a modern form of security, as important as the traditional one, including development aid and diplomacy.

But, shortly afterwards, Ms Merkel stressed her country was committed to reaching Nato’s agreed 2 per cent of gross domestic product on military spending. Perhaps Mr Trump’s tweets were not in vain.

Another factor unites the most powerful countries in the world and which Germany still lacks: a nuclear arsenal. After Brexit, France will be the only remaining nuclear power in continental Europe, which makes it the aspiring leader in the field of hard power.

Military strength, however, is not the only basis of leadership: trust is just as important.

How is Germany viewed from abroad? According to research conducted by the Pew Research Center, the majority of people in Spain, Greece, Italy and Poland feel that Germany has too much power over EU decisions.

It is no accident that the first three are part of Mediterranean Europe: the economic downturn in 2008-09 and, most of all, the debt crisis have portrayed a negative image of Germany in southern Europe, undermining its aspirations for leadership.

At present, Germany can set an example for Europe in terms of economics, trade and government finance, but nothing more: it does not have a clear long-term vision nor the credibility necessary to develop one that could be shared by most of its EU partners.

If the European countries followed the German political direction, the entire EU could weaken. In a world in which hard power, nuclear deterrence, soft power and ideology still matter, it would be foolish to be led by a country that does not excel in any of these fields.

The writer is a third-year student of economics and finance at Bocconi University, Milan. Meet all the winners of the Future of Europe Project here 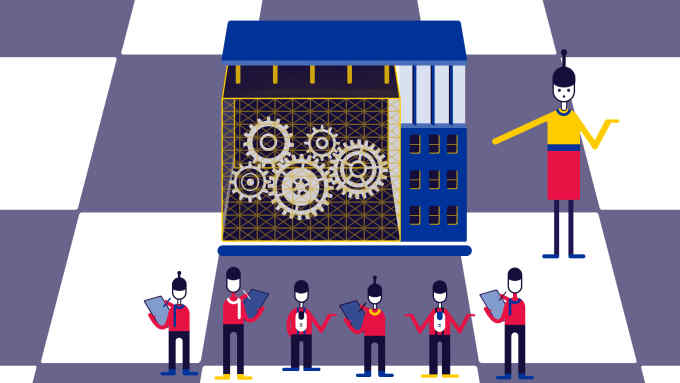