It is now the sixth-largest constituent in each with a market capitalisation of $606bn.

For investors in exchange traded funds and other passive products tracking these indices, this matters. Some are sitting on bumper windfall gains in Tesla because its share price has risen sharply since their index trackers bought in. Quite a few others — given that the S&P 500 has an estimated $4.6tn indexed against it — are only now about to buy it.

The primary hold-up has been that, unlike most equity benchmarks, the S&P 500 insists that all new entrants must be profitable, a criterion Tesla has only now satisfied.

The select club of indices with this requirement is growing larger, though: Deutsche Börse said last month that its Dax index, the benchmark index for German blue-chip stocks, will henceforth only admit profitable companies.

“We got feedback that membership of the Dax is an important measure of a company’s success,” said Stephan Flägel, global head of benchmarks and indices at Qontigo, the arm of Deutsche Börse Group that includes the Dax and Stoxx families of indices.

“Members of the Dax should have a way of showing they have a viable business model and having profitability or positive cash flow is one measure to indicate that,” he added.

The move is part of a wider revamp of the Dax, which will expand from 30 to 40 stocks, after the Wirecard scandal that saw the formerly high-flying index constituent implode after saying €1.9bn was missing from its accounts.

From now on, all new entrants to the Dax must have positive ebitda (earnings before interest, taxation, depreciation and amortisation) in their two most recent annual financial statements. The measure will not apply to existing index constituents in order to minimise turnover.

“We have made these changes partly due to the issues we have encountered this year in general, with volatility in the market, but also the issues around Wirecard which prompted us to look at our rules and methodologies across our indices,” Mr Flägel said.

The profitability screen is tighter than that for the S&P 500, which only insists on a company’s most recent quarterly earnings and the sum of its trailing four consecutive quarters’ earnings both being positive.

However, it would not have been sufficient to bar Wirecard from entry to the prestigious German index, given that it was reporting positive ebitda for years before its implosion.

“The information that you can take into account is publicly available information taken from company reports, filings for example. That is often not sufficient to identify a fraud-type situation,” said Arne Staal, global head of research and product management at LSEG, owner of FTSE Russell, which does not use profitability screens.

If the filings are bogus, “there’s nothing we can do about that,” Mr Staal added. “The nature of fraud is that it’s hard to detect from public filings. Look at Enron.”

Mr Flägel said Stoxx had received more than 600 responses to its consultation, and that “the profitability criteria, that proves the viability of a company’s business model, [had been] welcomed by the market”.

As for missing out on fast-growing, but not yet profitable companies, Mr Flägel said they would still qualify for the group’s MDax index of mid-cap stocks.

There are no plans for the wider Stoxx index family to adopt profitability filters.

Sebastien Lieblich, global head of equity solutions at MSCI, said it had no plans to add profitability screens to its indices, as its role was to “capture the broadest investable opportunity set for international investors”. Only stocks with insufficient liquidity or free float availability, or markets that are closed to foreign investors, are omitted, he said.

Screening on the basis of profitability “would be applying a preference, it would be a kind of active stance”, Mr Lieblich said, adding that investors could instead adopt a “smart beta” factor tilt such as quality or dividend yield if profitability was an important metric for them.

And while he “completely agreed” that companies should have a viable business model in order to be included in an index, “the question is what does viable mean and how do you measure it?”.

“A company can have positive ebitda and negative cash flow. To a lot of people that means the company is not profitable,” he added.

This complexity is highlighted by the S&P 500’s profitability screen. Although, like the Dax, it is predicated on ebitda, this is a different measure of ebitda as it is calculated using US GAAP accounting standards, which differ from the principles-based IFRS standards used in Europe.

Howard Silverblatt, senior index analyst at S&P Indices, said given the 500’s “heavily institutionalised” investor base, it was “looking for profitability and stability in companies”, not those that are “in development or any kind of a definition of a start-up”.

“You can potentially keep somebody out who is going to be the next Apple, but most companies will be at the other end [of the spectrum],” he said. 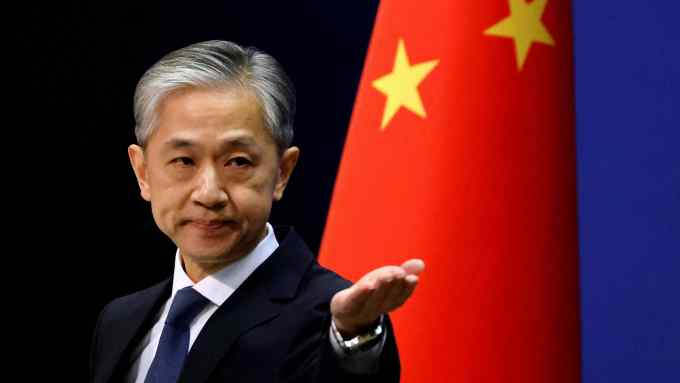