HTSI editor’s letter: the art of being mild

Welcome to the new gentle

As I write, we are minutes away from the US presidential inauguration, an event that has been preceded by a tumultuous month of reckoning and extraordinary news. With this new chapter and a new administration, one can only hope that the outrage that has fired US politics – and inflamed partisanship far beyond that country’s borders – will allow for a moment of exhalation, and a period of calm. Call it the new gentle, as we have named this issue, since this week we are celebrating the art of being mild.

The creation of an official Twitter account for the first-ever Second Gentleman offers us a ready role model. Douglas Emhoff, the husband of the new vice president, Kamala Harris, has chosen a timely honorific to mark his new account. How appealing to stand for gentlemanly qualities such as humility and kindness. What a welcome respite from the pugnacious alpha male.

Given that being gentle is often overlooked as a lesser virtue in the top 10 general assets, lessons in the subject might require immediate review. Personally, I’m sick of feeling hopped up on adrenaline and vaguely agitated: I crave the stimulation of things that are nurturing instead. Some might take inspiration from Deborah Needleman, who – in becoming an extremely small-batch tea-maker after a long career in magazines – has found horticulture a hugely soothing balm (“My Herbal Remedy”). The same spirit infuses the mood of Evens JP Mornay’s menswear shoot (“Ground Control”), a study in a palette of earthy neutrals, and the interiors of designer Martin Waller’s house (“All Decorating is About Storytelling”). Calm, considered and yet never, ever boring, Waller’s eclectic tastes still bring a sense of mischief to the muted tranquil of his rooms.

There’s a new sense of calm when it comes to weddings too, as Clara Baldock has discovered in her conversations with a clutch of “lockdown brides” (“The Minimal Wedding”). Planning a wedding in the past year has required stoicism, pragmatism and the prospect of cancellation, but these micro-weddings are nonetheless a source of inspiration. With so many of the details once considered mandatory at modern weddings jettisoned, these slimline versions feel more authentic, special and ultimately chic.

How To Spend It
HTSI editor’s letter: wishing you a happy new you 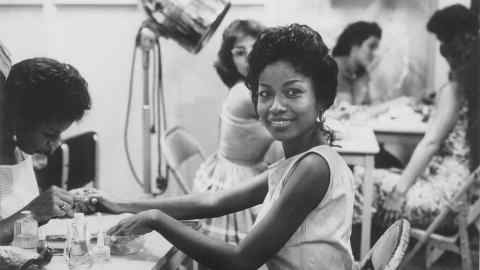 Lastly, in “Smaller is Beautiful”, Francesca Gavin looks at the renaissance of the miniature and the allure of a picture that fits the palm of one’s hand. Once considered luxuries to show devotion to one’s sovereign or the subject of one’s affections, the miniature in the 21st century conveys the intimacy of a screensaver in analogue guise. Tiny, intricate and, if you choose, very private, even the most subversive subjects take on a discretionary charm.