The battle to win at legal tech

When UnitedLex recruited five senior staff with extensive experience at the Big Four accounting firms, the hires were a statement of intent. By appointing senior figures from professional services firms earlier this year, the legal tech company was reinforcing its strategy to offer services as well as products.

Legal technology companies such as UnitedLex are also now winning big investments from backers that include private equity giants — even the Big Four accountancy firms. And this development is another indication of their move into offering new services to compete with lawyers and consultants — and of their increased firepower in a once nascent market. Among the UnitedLex hires were David Clarke, former PwC digital strategy and innovation leader, and Mike Duggan, who was a partner at Deloitte for 10 years.

At the same time, though, the Big Four firms, including auditor Deloitte, have been fighting back. In the past year, they have spent heavily on hiring from high-growth legal technology companies, to expand their own legal departments.

Until recently, this legal technology market used to be dominated by small companies offering single solutions to lawyers, such as tools to speed up document reviews, or to spot key words amid reams of court filings. Now, however, the tech companies are competing with law firms for the first time by offering consultancy, which was previously the preserve of professional services firms.

“There is much more momentum and investment [in law tech] now,” says Eleanor Weaver, chief executive at legal tech company Luminance. “There is a sense that this could be the new fintech market.”

In 2019, Thomson Reuters and Legal Geek estimated that the amount invested into UK legal tech start-ups had been rising year-on-year and had reached £260m in total. But, globally, the sums have been far higher. In 2014, European private equity firm Permira invested $200m in the US’s LegalZoom, a company that lets customers create legal documents without a lawyer, to take a controlling stake. In 2018, private equity firm CVC raised the stakes by investing $500m into UnitedLex, in one of the biggest deals yet with a legal provider.

In return, the Big Four have been swiping high-profile executives from successful legal tech start-ups to bolster their own legal divisions.

“The Big Four have always been early adopters of technology, which has allowed them to become very competitive in those markets,” says Weaver.

These investments and appointments follow growing demand for technologies to make lawyers’ lives easier, by managing mushrooming volumes of data and complex cyber risks. The Covid pandemic has bolstered the trend.

“The pandemic accelerated the adoption of technologies like Luminance because lawyers needed the tools to collaborate and communicate as they couldn’t be in a room with each other,” explains Weaver.

“In the past, lawyers would be carted off to warehouses stacked with thousands of documents and that was no longer possible,” she says. “Everything became online and digitised and they needed technology to be able to cope with that.”

For Diggle, the growing prevalence of legal tech is part of a cultural revolution in how legal services are delivered.

“There’s a real shift from legal being just a team that provides risk management and risk mitigation to being one asked to drive value,” he says. The costs associated with legal work are also rising because of higher demand, he adds, which may be due to the increasingly litigious environment and the pressures to manage data and cyber risks.

Corporate clients are changing their thinking, too. Previously, companies used to go first to law firms and only after that considered alternative offerings. Now, Big Four firms find themselves rubbing shoulders with law firms on corporate panels.

In April, Deloitte won a coveted spot on Vodafone’s panel of legal advisers alongside law firms such as Latham & Watkins. In a statement to a legal trade publication, Vodafone’s group general counsel Rosemary Martin said the company was aiming to “build a digital society that enhances socio-economic progress, embraces everyone and does not come at the cost of our planet”.

But lawyers and technologists predict a wave of consolidation and say recent fevered investment in technology is unlikely to continue at its current pace. Several high-profile legal tech companies have already reached “unicorn” status — when a start-up is valued at more than $1bn — in North America. They include Canada-based Clio, which became a $1bn technology company in April after a funding round worth $1.6bn.

Technology company Lupl also secured $14m of funding to develop the open industry platform in January, while Brightflag raised some $28m from investors in December to expand internationally. Other notable investments include a $223m financing round for Rocket Lawyer in the US, led by Vista Credit Partners. Many companies are also in the market for acquisitions, as they try to expand from single-product offerings.

“Historically, the legal tech market was very fragmented but we are starting to see consolidation,” says Weaver. “There is a huge amount of money coming from private equity companies, which really highlights that legal tech is no longer a ‘nice to have’ but a ‘must have’.” 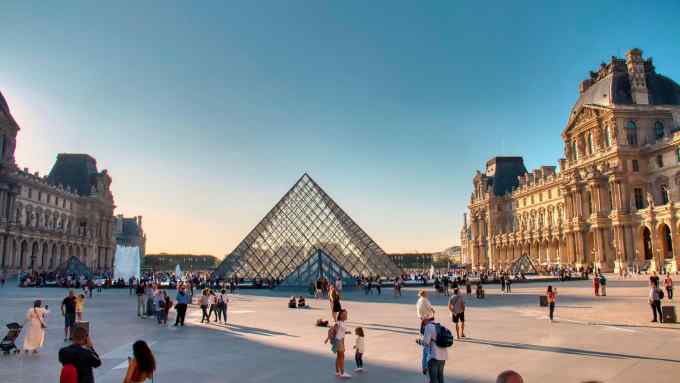