The government has been accused of a “litany of failures” in rolling out ‘gigabit’ broadband across the UK by a committee of MPs, which would result in rural internet users suffering slow speeds for years to come.

The public accounts committee, which scrutinises whether taxpayers are getting value for money, said the shortcomings of the broadband strategy would “compound and exacerbate” inequalities during the latest lockdown as millions of households have once again become reliant on reliable connectivity at home for online schooling and work.

“With the grim announcement that the country and economy will be locked down for months, the government’s promises on digital connectivity are more important than ever,” said Meg Hillier, chair of the public accounts committee.

“But due to a litany of planning and implementation failures . . . those promises are slipping farther and farther out of reach — even worse news for the ‘rural excluded’ who face years trying to recover with substandard internet connectivity.”

Ms Hillier added that ministers “cannot allow digital inequality to continue to compound and exacerbate the economic inequality that has been so harshly exposed in the Covid-19 pandemic”.

In November, the government dropped its pledge to connect 100 per cent of British homes and businesses to ‘gigabit’ broadband speeds, defined as speeds of at least 1Gb, by 2025 to a target of 85 per cent. It also revealed that only a quarter of the proposed £5bn fund to help connect rural areas would be spent this parliament.

Matt Warman, the broadband minister, last month launched a procurement process that he promised would “rapidly” kickstart the award of contracts across dozens of regions so that Openreach, BT’s network arm, and a range of smaller telecoms companies, could start to build up networks in rural areas.

In its report published on Friday, the PAC said it was concerned that even the reduced target of 85 per cent coverage by 2025 remained “challenging” and that the hardest-to-reach areas would continue to struggle with slow broadband for years to come.

The MPs also urged the Department for Digital, Culture, Media and Sport to set out a clear strategy for its subsidy plan and detail how it intends to improve the targeting of the hardest-to-reach areas.

“It is unacceptable that, once again, the department has set a nationwide target for coverage . . . yet it has not published a realistic strategy for rolling it out,” the report said.

Richard Tang, founder and chairman of Zen Internet, said that many rural households would struggle to access the very fastest broadband speeds. “We have customers who live in the sticks that we try to help but there will be people left behind. It is a question of wait and hope for many.”

InterviewHow to Lead
Richard Tang: Zen and the art of internet maintenance 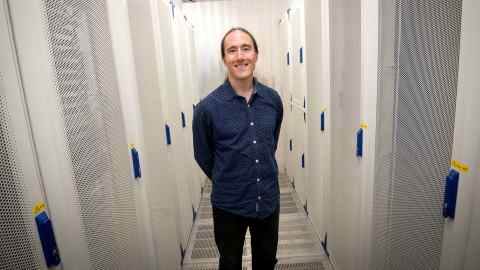 BT’s Openreach plans to spend £12bn upgrading its old copper lines to fibre in the coming decade. “At Openreach, we’ve consistently championed the need for faster action on rural broadband upgrades, because we don’t want communities left behind and we know it will underpin the UK’s economic, social and environmental recovery,” said Catherine Colloms, head of corporate affairs at Openreach.

One in four, or about 8m, homes in Britain have access to a ‘gigabit’ broadband service but these are mostly in urban locations. In contrast, in rural areas almost 20 per cent of homes still cannot access so-called ‘superfast’ speeds of at least 30 Mbps, according to Ofcom, the telecoms regulator.

Mr Tang said that it was likely that most rural areas would be connected to full fibre lines in the latter half of the decade but that most people could still access a decent connection over copper despite the furious debate around the issue.

“The government has had a good ride on the full-fibre train,” he said, referring to the Conservative party’s manifesto promise to roll out 1Gb speeds in the run-up to the 2019 election. “In the long term, it is definitely the answer but the reality is today that most people can get a pretty decent speed,” he said.

Get alerts on UK infrastructure when a new story is published