Pandemic shows purpose can defy sceptics. Plus: six general counsel who stand out on sustainability

The publishing group, known for its flagship Nature science journal, made thousands of articles from its journals and books freely available to help researchers get on top of the pandemic. The group is already a pioneer in open access publishing, making some content available online for free, but it had never acted quite on this scale before. By June, it had made more than 19,000 pandemic-related articles available.

Springer launched a learn-at-home platform to help teachers who suddenly found themselves trying to give lessons online.

It also figured out ways to help students marooned in their parents’ homes and on unfamiliar computers to access Springer Nature databases seamlessly.

Then, to speed up scientists’ work on the new virus, it encouraged researchers to freely share their underlying experimental data sets.

Why the overt altruism? For Rachel Jacobs, group general counsel, it was an obvious response for a business that has put environmental, social and governance goals, or ESG, at the heart of its strategy.

“The Covid-19 crisis has been a real-life case study of our purpose,” she says.

The strategy may work for Springer Nature, but what of the wider business world?

Sceptics have long argued that ESG targets would falter in the face of any global crisis. At a recent FT conference, Ryanair airline boss Michael O’Leary said bluntly: “I suspect an awful lot of the environmental agenda and targets will be put on the backburner for a number of years.” People would still care about climate change, but they would care more about jobs and soaring government debt.

It is still early days, but the coronavirus crisis has shown that the opposite may transpire. Some companies doubled down on ESG during the pandemic — even more so after a police officer killed a black man, George Floyd, in the US.

In a number of cases, the sustainability agenda is driven by the top legal officer.

At Springer Nature, Ms Jacobs is at the centre of its ESG efforts. She is the board member responsible for diversity and inclusion; she is a member of the steering group for responsible business delivery; and she sits on the global crisis management committee.

Shannon Thyme Klinger, group general counsel at Swiss pharmaceutical group Novartis, is also heavily involved in ESG. She became general counsel when her predecessor, Felix Ehrat, left after a controversy over a $1.2m payment Novartis made in 2017 to a company owned by US President Donald Trump’s former personal attorney, Michael Cohen.

She sits on a “trust and reputation committee”, a subgroup of the company’s executive committee, which is chaired by the chief executive and meets every other month.

The committee is focused on what Ms Klinger calls building trust with society.

In other words, it is more about the ‘S’ in ESG — social challenges — a strand that has focused corporate attention after Floyd’s death triggered waves of demonstrations against police brutality and wider demands for racial justice.

Many companies have scrambled to come up with measures to boost their diversity.

At Novartis, Ms Klinger had already begun to push for more diversity in the largely white and male legal profession.

Novartis said it would withhold 15 per cent of fees unless more billable hours came from women, people of colour or LGBT attorneys

In February, she launched a new “preferred firm” programme that made Novartis the latest big business to press the external law firms it engages to boost their diversity.

Novartis said it would withhold 15 per cent of fees unless at least 30 per cent of billable associate hours and 20 per cent of partner hours came from women, people of colour or LGBT attorneys.

“I made partner in a law firm in the US in 2004 and at that time, 18 per cent of partners were female in the US broadly,” says Ms Klinger. This share had only inched up since then, despite “many great efforts” to improve it.

Corporate ESG goals are one concern, but what about ESG investing? Approaches that seek both financial returns and environmental or social gains have soared in popularity recently. In Europe alone, investors put a record €120bn into sustainable funds in 2019, more than double the amount in the previous year.

So far, the evidence supports the advocates.

Green bonds and ESG share indices have outperformed benchmarks in many parts of the world. ESG-focused exchange traded funds have also done well.

That may be because they are heavily weighted towards companies that have proved especially resilient in the pandemic, such as pharmaceutical and technology groups.

This is first and foremost a health crisis

Yet some analysts believe that at a time of deep uncertainty, consumers will reward companies that behave fairly while penalising any trying to profit from hardship or behaving unethically.

The top lawyer in one large financial business thinks the nature of the Covid-19 crisis may be making ESG investing even more popular.

“This is first and foremost a health crisis,” says Melissa Kennedy, chief legal officer at Sun Life Financial, the Canadian insurance group. “I’m hearing investment professionals, particularly in the US, speak about how important sustainable investment is.”

Ms Kennedy is an ESG champion within Sun Life, and was recently appointed an expert adviser to an independent task force aiming to make sure Canada can get people back to work in an economy that is clean, competitive and resilient.

For Ms Kennedy, it is a chance to take part in work that could have a lasting impact on ESG goals at Sun Life and beyond. “I’m thrilled to be on that task force,” she says.

Six of the best general counsel for sustainability

Carlos Brown’s varied career history ranges from running a private equity start-up and managing a boutique law firm to running power plants and identifying alternatives to fossil fuel at Dominion Energy, the US utility group. He leads the company’s sustainability efforts, including industrial waste reduction and tracking water usage. He argues that the company’s diverse leadership helps its increasing understanding of sustainability: “Diversity of perspective follows diversity of representation — you [can] hear the different vibrations that are signalling shifts in the economy and marketplace.”

Marcus Brown has a broad legal role in Entergy, overseeing communications, compliance, government affairs and security. His diverse team is encouraged to pursue pro bono efforts and sustainability goals. His remit means all three facets of the environmental, social and governance framework are carried out by teams who report to him. Leo Denault, chief executive officer at the energy company, describes him as “the kind of leader every company wants, someone with superior professional skills, deep roots in the community and a natural interest in developing the people around him”.

Claire Chapman joined outsourcing company Capita in 2018 as it was undergoing a transformation from a complex structure of 250 businesses to a single centralised entity. Ms Chapman overhauled the legal function, creating a legal training academy and digital transformation strategy to bring the department together. She leads the company’s “responsible business” agenda, designing values to inculcate a new purpose-led culture in the business. In the past year, Capita committed itself to having workers on the board and to paying a living wage, as part of a continuing turnround plan. The GC’s role gives her wide-ranging responsibilities and, according to chief financial officer Patrick Butcher, Ms Chapman “brings a neutral challenge to debate, thinking about stakeholders in the broadest sense”.

Rachel Jacobs facilitated the merger between her employer Macmillan Science and Education and Springer Science+Business Media in 2015, taking up her post at the newly formed Springer Nature. Ms Jacobs sits on the management board, where she is a “positive force for structured change”, says chairman Stefan von Holtzbrinck. The publishing group faces growing challenges including new business models and conflicting national and regional regulations as the industry becomes both global and digital. Her legal team is sustaining the organisation’s competitive advantage through digital developments. She also leads the publisher’s diversity and inclusion efforts, setting a target of 45 per cent women in leadership roles by 2023.

Melissa Kennedy is the executive sponsor for sustainability for the Canadian insurance group’s operations and investment products. Her work in framing the company’s data privacy stance sent a clear message to customers about how their data will be used, enabling it to pursue digital projects such as Ella, its artificial intelligence tool. She has spent the past decade championing diversity in Canada’s legal profession and is a founder and executive committee member for Legal Leaders for Diversity and Inclusion, a long-established and influential group of more than 100 leading Canadian companies.

In February this year, Shannon Thyme Klinger told the pharmaceutical group’s legal advisers that she would withhold a percentage of their fees if they could not reach targets on diverse representation. She leads Novartis’s commitments to UN pledges on standards of conduct including improving LGBTQ inclusion in the workplace, and reaching gender balance in management and pay equity by 2023. Ms Klinger’s promotion of an “unbossed” working culture to encourage the company’s 100,000-plus employees to take greater ownership of their work is one example of how she helps drive the company’s strategy. 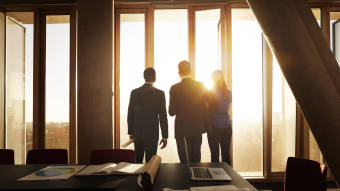