Short-selling does not count as a carbon offset

The writer is co-head of responsible investment at Man Group

Could short-selling by hedge funds of carbon-polluters help save the planet?

Despite being likened by critics every now and then to greedy nihilists responsible for multiple episodes of market volatility, short-sellers who bet on falling prices can play a role in moving the world towards net zero carbon emissions.

But one particular suggestion being made by some in the hedge fund world should be treated with scepticism.

The argument that has been made is that investors should be able to net out their “long” holdings in higher carbon-emitting companies with short positions in such businesses to reduce the estimate of the overall carbon footprint of their portfolios.

While there is some merit to this view, it risks conflating two very different approaches to assessing climate change within investment portfolios: known in jargon as “financial materiality” and “double materiality”.

With the former, portfolio managers are focused purely on the financial impact of climate change on a company, which allows them to evaluate the effects it will have on the risk and performance of their investments. This could be insurance or manufacturing losses stemming from an increase in extreme weather events, or a negative financial impact coming from climate regulation.

In this context, expressing portfolio exposure to climate change in terms of net long and short exposure is both viable and useful because it shows how economically exposed they are to carbon risk.

In double materiality, fund managers try to understand the risk that their investments pose to the environment as well as to corporate profitability. For instance, investors could look at the negative impact that greenhouse emissions from the fossil fuel industry have on climate and society to understand potential future regulatory risk.

This is an idea that is gathering momentum with regulators and investors. In the EU, legislation was introduced last year to make financial groups and investors disclose double materiality. The EU Taxonomy Regulation, which some investors will begin reporting on from 2023, looks at the environmental sustainability of economic activities and whether they do no significant harm to other sustainable objectives.

The UK, for example, is making explicit moves to incorporate double materiality under the Financial Conduct Authority’s proposed Sustainable Disclosure Requirements regulation. If approved, this would change the nature of corporate reporting and bring it more in line with the EU’s approach. 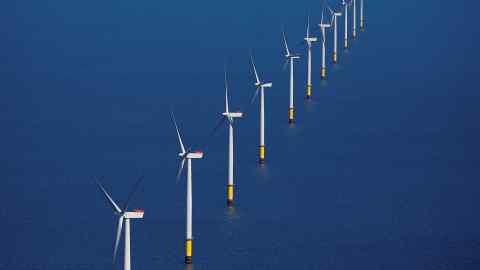 If investors really care about combating climate change, they will need to understand and ultimately account for both the financial and non-financial portfolio effects of their investments. An approach that focuses purely on financial impact ignores the fundamental mission of the net-zero push to reduce carbon emissions in the atmosphere.

Netting out short and long exposures is no longer viable when you consider the impact the portfolio would have on the environment. Shorting a high carbon-emitting company may provide financial de-risking benefits, but it simply does not reduce the tonnes of CO2 released into the atmosphere.

Moreover, there is no equivalency between short-selling and offsetting — a short is neither a carbon offset nor a sink to store carbon. Even carbon offsets, which can be contentious given questions about their role and quality, at least operate on the understanding that they are minimising and ideally reducing CO2 atmospheric emissions. Short-selling does not even do that.

The point we are making is not that short-selling cannot be beneficial in an environmental, social and governance context. It certainly can. Indeed, engagement with companies on carbon issues — even among those being shorted — is a powerful means to help steer them on the path to a world of net zero emissions.

Shorting on the basis of ESG factors can also increase a portfolio’s exposure to market signals from them. This has the potential to deliver above market returns, or alpha, or to increase the speed of recovery from asset price falls.

But shorting cannot plausibly be considered an offset. An approach that largely relies on leverage, short exposure and notional reporting rather than real-world impact will come across as inauthentic and likely not endear hedge funds to the climate cause.

In the push for net zero, where investor commitments have already been met with a degree of scepticism, hedge funds should avoid giving critics another excuse to attack them.