No ‘adults in the room’: Xi Jinping catches global investors off guard

Hudson Lockett in Hong Kong and Mercedes Ruehl in Singapore

When China’s president Xi Jinping moved to tighten his grip on power last weekend, he sent a ripple of fear through global financial markets.

Analysts and fund managers had expected Xi to balance his seven-man leadership team by including at least a couple of moderates. Instead, it became clear that he had taken sole charge of the world’s second-largest economy.

“Investors were imagining a scenario where Xi basically got his own way, but there would still be some adults in the room with some kind of pro-market pushback,” said Thomas Gatley, an analyst at Gavekal Dragonomics in Beijing.

“Now there won’t be anyone in the room saying, ‘we need to pull back a little bit’,” Gatley said. “If everyone there is just nodding their heads, there’s nothing to stop share prices falling as far as they can.”

The absence of a single moderate figure, combined with the late release of disappointing economic data, sparked record selling of Chinese stocks by foreign investors. Market participants say this impact is unlikely to fade quickly.

Investors on Monday pulled a record $2.5bn out of China’s stock market, according to an analysis by the Financial Times, while the Nasdaq Golden Dragon index tracking the largest and most liquid Chinese technology stocks on Wall Street also fell by an unprecedented 14.4 per cent.

This reflects a sense that Xi’s focus on national security and pandemic policies will go unchallenged — even if it means slower growth and more painful losses for shareholders.

“It was a potent cocktail of the [investor] client response to the politics, over-optimism going into the weekend . . . macro data and just bulls being run over by local, regional and foreign selling,” said Mohammed Apabhai, global markets head of Asia trading strategy at Citigroup.

Apabhai added that while some Chinese equities might enjoy “short-term bounces”, any price gains “will likely be used to sell into as a higher geopolitical risk premium from investors is priced in”.

This week, Morgan Stanley slashed its forecast for the MSCI China index and now expects it to rise 16 per cent by next June after previously predicting a 64 per cent climb. Chinese stocks have been underperforming their global peers this year, with the benchmark CSI 300 index down about 35 per cent after accounting for the depreciation of China’s renminbi.

That is thanks in large part to Xi’s zero-Covid policy, which has spurred long and disruptive lockdowns of major cities including Shanghai and Shenzhen at a time when the rest of the world has learned to live with the virus. 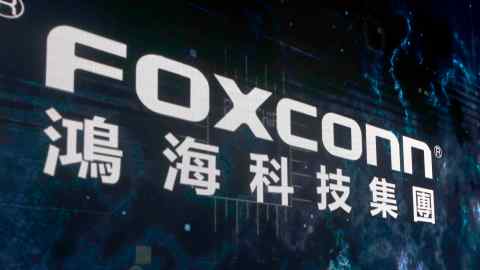 Such disruptions have compounded the fallout from dramatic slowdowns in real estate and tech, two sectors central to China’s rapid economic growth.

FT calculations based on exchange data show net buying of Shanghai and Shenzhen-listed stocks so far this year have been close to zero, putting them on track for the worst year on record.

Xi’s decision to pass over pro-market candidates such as rising star Hu Chunhua to the Politburo Standing Committee has delivered a further blow.

Tim Moe, head Asia equities strategist at Goldman Sachs, said during the run-up to the congress, client investors had expected Xi to secure a third term but had been looking for signs that two or more moderates would be appointed to the standing committee.

“The shock was when there were six Xi loyalists selected, which meant there was a clean sweep,” he said.

Moe added that appointments of hardliners to the party’s military committee — including that of He Weidong, who ran the military drills that encircled Taiwan following US representative Nancy Pelosi’s trip there this year — had also unsettled clients. “Those changes were viewed as raising risk around more muscular military policy,” he said.

Traders in Hong Kong said gains later in the week by tech groups including Alibaba and Tencent were partially driven by market participants who had bet on declines and were closing out their positions. Offshore institutions have not reversed their exit from mainland shares at the start of the week, an FT analysis of exchange data shows. 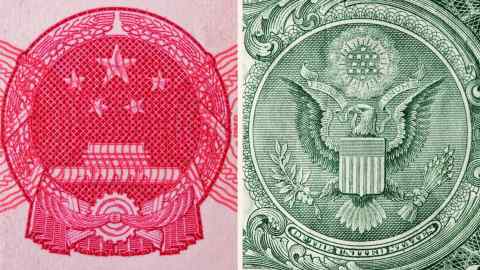 Gatley at Gavekal pointed to China’s education industry as an example of what can happen when there is no pushback against punitive policymaking. Shares in the once-profitable online tutoring company New Oriental are still down 87 per cent from their peak after Beijing effectively outlawed private tutoring last year.

For some investors, the case to invest in China no longer holds. One fund manager who divides his time between the US and Asia said he would no longer invest in any Chinese companies after the party revealed its new leadership line-up.

“[Xi] purged all the competent people who knew about how to grow the economy with a bunch of puppets,” the fund manager said.

“I think there were still people who were hoping that this was just a cyclical phase to ensure his third term, but the purge fully demonstrated this is a permanent ideological shift, and there’s no turning back.”