A restaurant career eats time. Leaving for work at first light and returning at midnight is not uncommon.

For some female chefs, parenthood cuts like a knife through their ability to work. At the highest kitchen ranks — sous chef or head chef — it is men who continue to dominate.

But Asma Khan, chef-owner of Darjeeling Express in central London, is adamant that a career in hospitality can be compatible with family life. Almost all her 25 staff are female, including single women without children and two grandmothers. “Women are invariably the carers of children, and once we have children, we struggle. I want to be a chef, and I want to be a mother,” she says.

Her solution is the “golden hour”, a gap between separate lunch and dinner shifts. In between, parents can attend to children. “Feed them, settle them — and then staff are welcome to come back for the evening to do a double shift if they want to,” she says.

Ms Khan sees the golden hour as a logical and practical answer to balancing a chef’s long, late hours with other commitments.

“It’s not like brain surgery, when someone has to do [the work] for 16 hours straight — it’s peeling potatoes or doing prep, chopping, boiling,” she says.

“There is a culture of macho testosterone in restaurants, where endurance is applauded. A lot of the bullying that happens in kitchens is because [overworked] men are close to being psychotic.”

Natalia Ribbe, a front of house manager, set up Ladies of Restaurants, a networking group, which later this month will host a women-only festival in London, called In Service, for chefs and industry experts. The group has also held events in the north-west of England, and in Edinburgh.

“The hospitality industry needs to be more hospitable — in the same way that we give leniency to guests being late,” she says. “Trust can be misused, but we do need to shift the industry.”

Being in charge helps. Chef Shuko Oda, co-owner of Koya noodle bars in London, tries to create a rota that is friendlier to the needs of parents. “I’m lucky that I’m in control at work and I have a flexible, understanding partner at home,” says Ms Oda, who has a young daughter. “The key is to have a flexible environment, and I try to accommodate everyone’s life outside work.”

But she says too many experienced chefs “can’t find work for the hours they want. There are people who for example just want to work evenings.” She would like technology to provide an answer: “There could be an app where you look for certain amounts of hours, that could be a really good way to get back into cheffing.”

Experiments in attracting parents back into the industry can have mixed results. Corbin & King, which operates high-end European-style London restaurants such as The Wolseley, The Delaunay and Brasserie Zédel, has tried various approaches. Four years ago, it offered fixed days off. It also introduced the option of a “four days on, three days off” shift pattern, for greater flexibility.

There is a culture of macho testosterone in restaurants, where endurance is applauded. A lot of the bullying that happens in kitchens is because [overworked] men are close to being psychotic

A drive two years ago to bring more women into the workforce led it to post notices on Mumsnet, the parent messaging site, for part-time, pro-rata roles, with family-friendly shifts such as 10am to 2.30pm.

Zuleika Fennell, managing director of Corbin & King, says that “we try to push women up into management”. Half the group’s management roles are occupied by women. However, the drive to bring more women into kitchens had “a good response but very little uptake, it just didn’t seem to get the traction”, she says. More successful was the introduction of overnight production kitchens for the Wolseley and Zédel. “We’ve tended to get fathers who have looked after children for the early part of the day.”

The group has one female head chef, at Fischer’s. “The reality of businesses that do 1,000 covers a day is hard and fast. [Many] women go through Cordon Bleu [the professional cookery school] but they do not make it into the industry, the cut and thrust puts them off,” says Ms Fennell. “There’s a big piece of work we need to do to get them match fit.”

Meanwhile, for chefs accustomed to the sociable bustle of restaurants, caring for young children may feel lonely. Emily Acra Derrington, a marketing and wine list specialist, recently set up Parents in Hospitality as a monthly meeting for parents to swap industry notes. “Hospitality is a huge network across London and the world, but as soon as you have a child, it’s isolating.”

She notes that one in five people in the UK hospitality sector suffers from work-related mental health problems, according to the Royal Society of Public Health. By meeting with peers who understand the industry, some of the pressure can be shared, or “we can connect you with someone in the area”.

For another top chef, Ana Roš, who runs Hisa Franko in north-west Slovenia and has two young children, the dual demands of work and parenthood can create a “bad conscience” on both fronts. “When you do the work of a chef you need to dedicate yourself completely, not just in time but concentration,” she says. “When I am not with my children, I am at work with my team, but a lot of people can and do insinuate I’m not a fully dedicated mother . . . I have to defend myself.”

Ms Roš compares the relatively short maternity leave taken in some countries, such as the US, with Slovenia, where a new mother would typically take 12 months off. “It’s almost unthinkable [here] that a woman would shorten that time. Whereas if you’re thriving [in the kitchen] and then you’re out of work for 12 months, that would be insane.”

Although the family used to live over the restaurant, the proximity did not always help. “It’s difficult when the restaurant is packed to suddenly change role to be a mother, if a child comes downstairs with a fever or they don’t understand their maths homework.”

Reflecting on restaurant staffing generally, she says the drop-off in both male and female kitchen staff over the age of 35 “is a global problem”. However, she says, “it’s important that girls don’t give up . . . The girls are covering the best positions [at Hisa Franko], my sous chef is a 42-year-old woman. We can do it, if we believe we have the strength.” 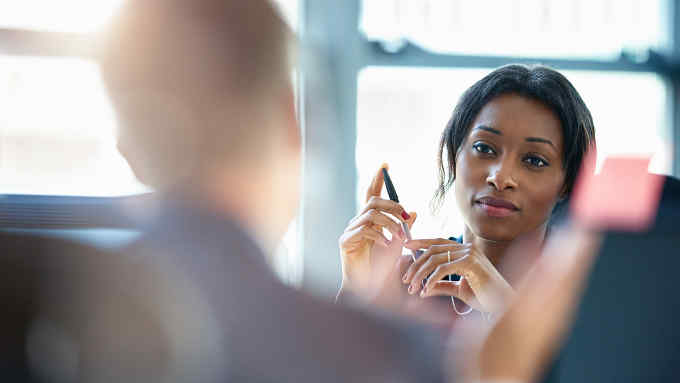