It has been eight months since Lord Andrew Tyrie announced he was leaving his role as chair of the UK competition watchdog, and it looks like the experience remains raw.

In a comment piece in the Financial Times last week, Tyrie said his former employer was “not fit for purpose”, citing a litany of flaws including “impenetrable decision-making” and slow action on the cases that matter to consumers.

It is perhaps not surprising he is speaking out, having already cited the “inherent limits” of the role at the Competition and Markets Authority when he resigned abruptly last year. His exit followed a boardroom coup in which colleagues threatened a vote of no confidence if he did not step down.

Fellow executives were uneasy about his reformist zeal, including his desire to turn the regulator into a consumer champion and effect structural change.

For his part, Tyrie believes full transformation is needed if the regulator is going to do the job of protecting consumers from sectors where “competition has become a race to exploit [them]”. Covid-19 has brought that issue into sharp relief — the CMA asked the government for emergency powers to help it crack down on profiteering during the pandemic last year and is still waiting.

This week, I’d like to hear from partners, recruiters and anyone else involved in the retention of lawyers during 2021. I’ve heard some fascinating perspectives from junior lawyers experiencing burnout, and I want to know if this is something that worries lawyers further up the ladder. Are you struggling to retain staff? And if you’re not worried, why not? Get in touch at kate.beioley@ft.com.

London court rules celebrity jeweller can be extradited to India

A celebrity jeweller at the heart of an alleged $2bn fraud that rocked Punjab National Bank three years ago can be extradited to stand trial in India, according to a London court ruling last week.

“The judge at Westminster magistrates court ruled that Nirav Modi had a case to answer in connection with alleged bank fraud, money laundering and allegedly attempting to subvert the criminal investigation by threatening to kill a witness.”

The scourge of work email is far worse than you think

The FT’s Pilita Clark looks at academic Cal Newport’s book A World Without Email, which promises to free workers from the tyranny of the inbox. It turns out email is the least of our problems (here’s looking at you, Slack . . .).

“Email and its more fevered cousin, Slack, no longer simply interrupt important tasks. They fuel an endless, attention-draining digital discussion about those tasks that we have come to regard as both normal and unavoidable. In other words, the scourge of email is part of a wider, systemic problem that cannot be solved with one-off productivity ‘hacks’, such as writing better subject headings or using Gmail’s autocomplete function.”

Senior executives at the FCA will have their pay cut as a result of failings associated with the watchdog’s handling of the £236m collapse of minibond company London Capital & Finance, which has prompted criminal and regulatory investigations. FCA chairman Charles Randell told the Treasury select committee on Monday:

“We decided that consequences that flow from this should be collective . . . The last thing we want to come out of this LCF review is a culture where FCA executive directors try to avoid responsibility . . . or avoid high-risk responsibilities such as supervision altogether.”

The UK competition regulator is not fit for purpose

Former chair of the Competition and Markets Authority Andrew Tyrie launched a grenade into antitrust regulation with some harsh words for the watchdog and where he thinks it is going wrong.

“The CMA needs to focus on cases with the greatest and most visible returns for consumers. The CMA could have acted much earlier on higher prices paid by loyal customers, and abuses in leasehold property, rather than prioritising antitrust work on sales of Ping golf clubs. It focuses too many resources on mergers and antitrust at the expense of consumer protection, investigating markets and advocacy.”

A dispute has erupted over a three-way merger that would create one of the biggest listed investment groups in the US, leading to a rift on Wall Street about some of the most closely guarded secrets of the booming private capital industry.

“The dispute centres on Dyal Capital, a division of US asset manager Neuberger Berman that specialises in buying minority stakes in other privately held investment groups — a business that gives Dyal access to the internal information of its partners. Some of these companies are now up in arms because Dyal is merging with Owl Rock Capital, a leading provider of debt financing to leveraged buyouts, in a $12.5bn deal being made via a special purpose acquisition company.”

Closing argument
Filming a documentary sounds like a lonely endeavour at the best of times but Bryan Fogel’s film about the 2018 murder of Saudi journalist Jamal Khashoggi is in a different league. Film critic Danny Leigh reviews The Dissident in the context of its difficult journey from production to ultimate vindication in the form of US intelligence findings that the killing could only have taken place with the approval of Crown Prince Mohammed bin Salman. Best read with another great Life and Arts piece about to what extent political documentary will survive in the age of Netflix.

“In this telling, it was the start of a rebirth, a career print journalist smitten with social media, a consummate insider about to step outside. In Riyadh, meanwhile, the youthful crown prince would close in on power with his own promise of change. There were pop concerts, public hints of liberalism, talk of the Middle East as ‘the new Europe’. But out of sight, authority was being brutally rebooted. Henchmen were soon bringing Twitter users to heel in line with traditionally house-trained Saudi media.” 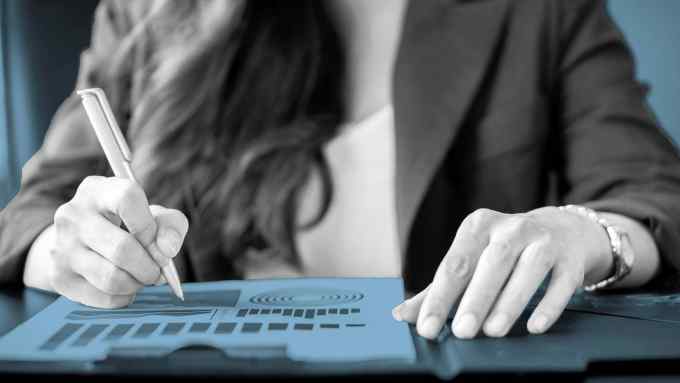