Silicon Valley tactics for waging war on biases in the workplace

Latina women are hotheads who cry at work, confident black women are always angry and Hispanic men probably work in facilities. Maxine Williams, global director of diversity at Facebook, stands on stage and pushes the social network’s employees to dig deep to think about their biases — and how they could be holding colleagues back.

Ms Williams warns that stereotypes are dangerous, often unconscious, and can damage a company’s ability to recruit the right people. She even feels she has suffered from it herself. From Trinidad and Tobago, she says people sometimes stereotype her as the life and soul of the party. “When they are looking for a jester, yeah, they are going to choose you,” she says.

All Facebook’s senior leadership and more than three quarters of the staff have taken unconscious bias training and the company has put it online for other employers to use. Ms Williams believes that entrenched problems arising from a history of discrimination against women and ethnic minorities in the technology sector mean diversity training must be meaty, not woolly.

After the session, she explains: “We decided we wanted to do something so real it would almost make people uncomfortable. We said, ‘Let’s stop being polite about it’.”

Technology companies, whose employees are overwhelming male, especially those in technical roles, are searching for new ways to overcome unconscious bias and ensure they are recruiting and then promoting women and minorities.

At Facebook, this project to “redirect the course of someone’s mind” is undertaken through workshops that train people to be allies to women and minorities. Techniques include calling out “microaggressions”, such as when someone interrupts a woman in a meeting. The message begins at the new-hire orientation every Monday and is reinforced in courses for recruiters and managers.

Women in business
Wanted: a way with words in recruitment 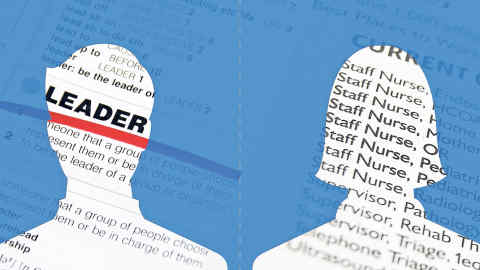 It is particularly when a company is growing fast that it will hire recruits already known to existing employees, or because they seem to be the kind of people who will fit in when working under pressure. Ellen Pao, an investment partner at Kapor Capital, who lost a gender discrimination case against Silicon Valley venture capital firm Kleiner Perkins Caufield & Byers in 2015, says too many companies have “very opaque” hiring practices. “[These are ] targeted towards culture fit and often culture fit becomes proxy for ‘people like me’, who I want to grab a beer with, be stuck in the office with at 3am on a Saturday, stuck on a flight with for 12 hours,” she says.

Ms Pao calls these “1 per cent situations”, whereas employers should be hiring for the 99 per cent of time colleagues spend in meetings and emailing.

What is your company doing to improve diversity? Is it working?

The FT is looking into corporate diversity initiatives and wants to hear from you.

Many companies are taking practical steps to try to weed out bias. Hired, an online recruitment platform, allows employers to strip out the photo and name of the applicant. Mehul Patel, chief executive of Hired, says that on its platform women engineers receive slightly more requests for interviews than men. “We have a really important part to play in the industry, democratising access to opportunity,” he says.

Hired introduced the anti-bias filter when it noted that, despite interest in increasing diversity, the proportion of women and minorities hired by tech companies was not budging. In the future, he speculates, interviews could take place in virtual reality: allowing candidates to disguise their appearance and voice would force recruiters to focus on their experience and skills.

Once candidates are called for interview, they should face a structured process, where their credentials are compared against fixed criteria. Best practice is to assign each interviewer a skill to evaluate, Mr Patel says, to prevent hiring managers being led by gut feeling, which may be biased. 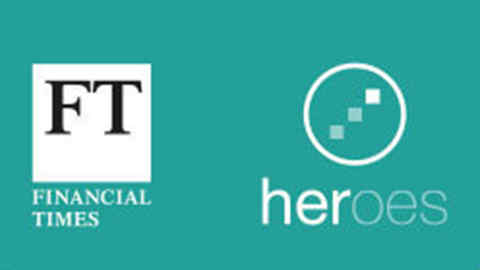 Once inside an organisation, unconscious bias can stop recruits being promoted or even make them want to leave.

Alexandra Connell co-founded Pluma, a San Francisco-based start-up that provides executive-style coaching, helping millennial employees build their skills with online coaches. Some employers use the service specifically for women and under-represented minorities, to help them deal with problems such as “imposter syndrome”, when you believe yourself to be inadequate in your role, even if colleagues and bosses rate your skills highly.

Ms Pao, who co-founded Project Include to increase diversity at tech companies, hopes to encourage start-ups to think about bias early in their hiring practices.

“Start-ups are small and nimble and there aren’t [therefore] a lot of people who succeed through the system and are wedded to it. They have the flexibility and the clean slate to do things much better.”