Most investors like to see themselves as impervious to being hoodwinked by a product label’s suggestion that it does one thing, when it in fact delivers something else.

Think of the words “climate change” in the name of an index fund containing some of the world’s biggest oil majors and carmakers in its portfolio; or a US-focused “impact” fund that includes driller ExxonMobil. Both seem like clear-cut examples of so-called greenwashing, where asset managers slap eco-friendly branding on a conventional fund and overstate its environmental credentials.

Investors often raise an eyebrow when looking at a fund’s marketing blurb and underlying assets side by side. Moreover, although greenwashing eludes a precise definition, some suggest it will become more prevalent as managers come under pressure to take advantage of surging interest in investing sustainably, or to adhere to more stringent environmental, social and governance (ESG) principles.

Catherine Howarth, chief executive of responsible investment group ShareAction, shares a similar view. She recently told the Financial Times that “quite a bit of greenwashing is going on”, and raised the possibility that it could become “the next mis-selling scandal”. 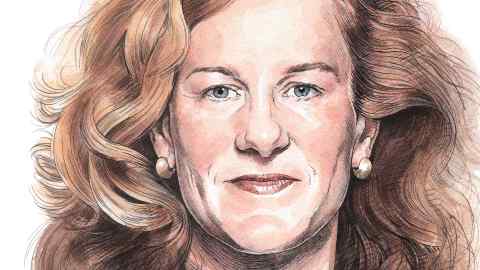 Part of the challenge in addressing the problem is that what constitutes greenwashing is in the eye of the beholder. For instance, developing an environmentally conscious product can mean anything from simply excluding carbon-intensive industries, to supporting businesses in those same sectors if they are deemed to be changing their operations or shifting to renewables.

Greenwashing “means different things to different people”, says Hortense Bioy, European director of passive strategies and sustainability research at Morningstar, the data provider. “You have a spectrum of expectations out there.”

The climate change index fund cited above that includes carmakers, for example, justified the inclusion of Daimler because the company had made a statement about the risks and opportunities posed by climate change and had acknowledged the goals of the 2015 Paris agreement.

Indeed, many fund managers argue that, rather than jettisoning particular companies, raising concerns with their management and voting at annual meetings is the most effective way to achieve change. This, they say, can happen only by staying invested.

“There’s an argument to be made for being an owner of these things,” says Hugh Lawson, head of ESG and impact investing at Goldman Sachs Asset Management.

But for investors and index providers, how can the link between labels and what a product delivers be made demonstrably clearer?

Many of the world’s biggest asset managers are scrabbling to “show their working” when it comes to investment decisions. Earlier this year, BlackRock, which oversees $6.5tn in assets and is the world’s largest asset manager, began to make public how each of its exchange traded funds score on ESG principles as part of a broader quest for transparency. This includes providing an assessment of the carbon intensity of portfolios’ underlying assets.

Hedge fund Man Group is in the process of grading its funds into one of three categories according to the level of importance they place on responsible investment. Those in the two strictest tiers ban companies that derive at least 30 per cent of their revenues from coal, for instance.

The move is also motivated by a desire to avoid accusations of greenwashing, says Jason Mitchell, its co-head of responsible investment.

“The best thing that managers can do is try and be as transparent as possible,” he says. “Frameworks help clients understand how you are taking the greenwashing risk seriously.”

This drive has spawned a range of third-party ESG data specialists, whose aim is to help fund managers, index providers and investors assess the environmental credentials of companies and bonds.

However, some analysts have cautioned against relying too heavily on the ESG scores produced by third-party providers. Inconsistencies bet­ween the ratings, critics say, potentially undermine their usefulness to investors.

Scoring the subcomponents of ESG may serve fund managers better than an overall rating, believes Anthony Renshaw, director of index solutions at Axioma, a risk and portfolio analytics provider. “With the granular scores, [they] can ensure that the ESG characteristics most important to them and their firms are correctly reflected in their portfolios.”

Scores on environmental factors are generally more consistent than those relating to social or governance points, according to Axioma’s research. But the data still threw up differences: it found, for example, that the environmental scores of Tesla, Ford and General Motors diverged significantly depending on which third party was making the assessment.

George Mussalli, chief investment officer and head of equity research at PanAgora Asset Management, says that instead of relying solely on third-party providers’ assessments, the $46bn Boston-based group uses algorithms to scour company press re­leases, sustainability reports and filings with the US Securities and Exchange Commission to discern a clearer picture of a company’s commitment to ESG.

“We create our own ESG library,” he says. “We can algorithmically go through every document of every company in the world.” 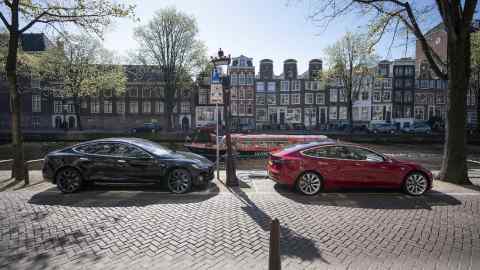 Vontobel’s Mr Roc-Sennett also finds broad ESG scores problematic. It is critical, he says, for investors to be able to understand what companies are doing in reality in order to judge their green credentials. “You really need to understand [the metrics],” he says. “There’s a lot of dirty data. You’ve got to do your homework.”

He notes that some measurements can be hard to interpret, however. A company switching from coal-derived power to hydropower would mean its water consumption soars even though it is now using a renewable source of energy.

While devising rules specifically to curb greenwashing could be tricky, regulatory scrutiny could play a role.

The UK’s Financial Conduct Authority last year flagged insufficient standards for measuring the performance and impact of green finance products as a potential area of concern. “Minimum standards . . . may help ensure investors understand what they are buying and prevent misleading ‘green washing’ of financial products and services,” it said in a discussion paper.

Meanwhile, European lawmakers are moving to establish a set of clearer standards for sustainable investments. Last year Brussels agreed to adopt proposals to encourage green investments and mitigate the risks to investors posed by climate change. MEPs are close to agreeing the details of a Europe-wide classification system that will define what qualifies as an environmentally “sustainable” in­vestment.

Valdis Dombrovskis, the European Commission’s vice-president in charge of the euro, said in April that a taxonomy would bring “much-needed clarity to investors about which projects have a substantial positive impact on climate, the environment and sustainability”.

The most important thing, however, is for investors to be clear on what they want and whether the product matches their expectations.

“Looking under the hood is important,” says Ms Bioy. “When we talk about greenwashing we point fingers at the issuers of the products, but investors have a responsibility.”