The classroom divide in education

An “unfair education system” is at the root of Britain’s “us and them society”, according to Alan Milburn, chairman of the UK government-sponsored Social Mobility Commission.

Part of his suggested solution is to make schools more accountable for where their pupils go next, while spreading university education to young people from under-represented groups and geographical areas that have become education black spots. In the north-east of England, for example, not one child from the poorest category of households went to Oxford or Cambridge universities in 2010, the commission has found.

For decades, schemes designed to encourage more young people from disadvantaged backgrounds to apply to university have been devised, launched and then scrapped by the next set of incoming ministers.

But since undergraduate tuition fees were introduced in 2004, the Office for Fair Access, an independent regulator, has required each institution to provide a plan to widen access in exchange for the right to raise this revenue. Even after fees increased dramatically in 2010 to £9,000 a year, progress has been made.

According to the Universities and College Admissions Service (Ucas) one in five 18-year-olds from deprived backgrounds now goes to university — a 65 per cent improvement on 10 years ago. This year Oxford raised the proportion of state-educated students admitted to undergraduate courses to 60 per cent, up from 56 per cent in 2015.

But barriers remain — not least because more than two-fifths of state schoolteachers surveyed by the Sutton Trust, an education charity, said they would not encourage even their brightest pupils to apply to Oxbridge.

Charities and university outreach schemes try to address the endemic lack of aspiration by working with schools; the most effective begin with primary age children and embed themselves in local communities.

“We have to start early, it has to be relentless and for the long term,” says Hugh Rayment-Pickard, chief development officer at IntoUniversity, a social-mobility NGO that started in a deprived corner of west London in 2002 and has spread across seven British cities, helping 25,000 school pupils a year, many as young as seven. It has just opened its 22nd learning centre, in London’s Finsbury Park, an area with the third-highest level of child poverty in England.

The new centre is backed by Oxford university’s Wadham College, Cambridge university’s Corpus Christi College and four private schools: Eton, Westminster, St Paul’s Girls School and City of London School for boys. It is the first centre to involve collaboration of this sort between the ancient universities and the independent sector.

The disadvantages faced by pupils in Finsbury Park, compared to those at any of the private schools, are, says Mr Rayment-Pickard, part of a “pretty stark” story of an educational divide passed down through generations.

Young people growing up in Finsbury Park are half as likely to go on to university as those in the more prosperous near­by areas of Crouch End, Muswell Hill and Highgate. 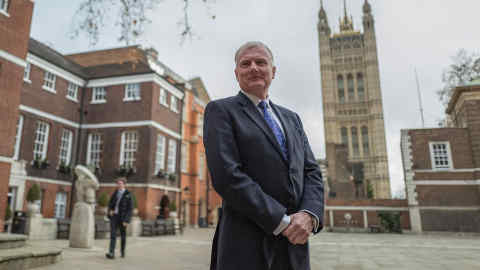 Intervening at primary school level is part of the way IntoUniversity hopes to break the “locked in disadvantage” that sees university-educated parents pass on their expectations and advantages to children. Studies show the test scores of children throughout their schooling are dramatically boosted if their parents are educated to degree level.

Evaluations found that the charity’s mix of after-school academic support, mentoring and intensive, subject-focused workshops ensures that 80 per cent of the school leavers on these programmes go on to higher education. For comparison, the overall figure for children in the most deprived groups in 2014, measured by entitlement to free school meals, was only 23 per cent.

Family support is important: “We try to normalise the idea of higher education,” says Mr Rayment-Pickard. “Not all our students will go on to university and not all should. But we get them to feel talking about it is not freakish. What are the advantages middle-class kids have? Partly, it is not waiting until the age of 14 to hear about university, and they understand the link to getting good grades.” 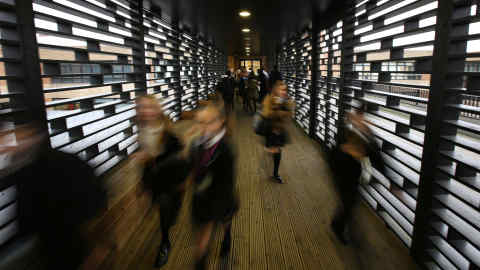 The push by educated parents to ensure their child’s place in the next cohort of success stories entrenches the divide. Last month’s report from the Social Mobility Commission observed that where both parents are highly educated, children received about 110 minutes a day of educational activity, compared to 71 minutes in other households. In the 1970s there was almost no difference between these groups.

With the target set by Tony Blair’s government to help 50 per cent of young people into university all but met, UK policy wonks now try to argue that as much energy should be spent devising high-quality alternative, skills-based routes into good jobs for the rest. A recent report by Professor Alison Wolf for the Education Policy Institute, a think-tank, found uptake of technical qualifications fell by a third in the academic year ending in 2015 compared with the year before.

At IntoUniversity, only 4 per cent of school leavers go on to an apprenticeship, where training standards vary.

“High-quality vocational options are vital,” says Mr Rayment-Pickard. “But we must not forget that a good university place remains a uniquely powerful asset for any young person looking to escape from poverty.”