The Financial Times has published an analysis of two sets of data that indicate there was massive fraud in recently concluded elections in the Democratic Republic of Congo. The data suggest the administration of Joseph Kabila, who has been president of the vast central African country for nearly 18 years, helped engineer a result intended to keep him close to power. Mr Kabila, 47, was required by the constitution to leave office in December 2016.

According to the data sets, thoroughly examined by experts, Martin Fayulu, leader of the Lamuka opposition coalition, won by several million votes. They show that Felix Tshisekedi, the presumed winner in results announced last week by the electoral commission, came a distant second.

The data, one set of which the FT believes came from the electoral commission’s servers, lend credence to the theory that Mr Kabila has engineered a power-sharing deal with Mr Tshisekedi. One rumoured version even suggests Mr Kabila will remain at his current presidential residence in the capital, Kinshasa.

New evidence aside, there is ample reason to believe that Congolese voters have been defrauded by the authorities. The Catholic Church, which in the absence of large foreign observer missions had the best election-day monitoring set-up, suggests Mr Fayulu won by a landslide. The only credible opinion polls taken before the December 30 contest also showed Mr Fayulu — whose campaign was bankrolled by two wealthy politicians excluded from the contest — with a commanding lead.

To add to suspicion, Mr Tshisekedi, the son of a veteran opposition leader who died in 2017, has undergone an odd metamorphosis in recent weeks. From being a stalwart opponent of Mr Kabila, he has taken to calling him a “partner for change”. Since Mr Kabila’s coalition dominated legislative elections, it is likely to demand control of the most influential ministries, including security and mining — crucial in a country fabulously rich in minerals. 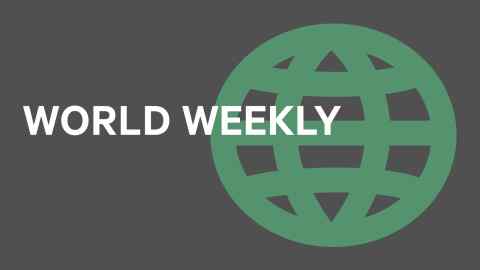 The data the FT has seen add hard evidence. The larger set of data represent 86 per cent of votes cast. Data experts say the numbers are both internally consistent and that they would be almost impossible to fabricate without tell-tale signs. The data also correlate almost perfectly with another set of results, representing about 43 per cent of the vote, gathered by the Catholic Church’s 40,000 observers on election day.

How much of an impact this new evidence will have is unclear. The constitutional court is due to review the result over the next several days, before Mr Tshisekedi’s putative inauguration on January 22. The nine-member court is packed with Kabila loyalists, though it would take only one or two to speak out. Unlike the data sets seen by the FT, the results announced by the electoral commission contained almost no detail, adding to suspicion that they had simply been fabricated. The court should require the electoral commission either to provide a full breakdown or conduct a recount.

The danger is that the court will simply try to steamroller ahead. It could also plausibly annul the election, in effect buying Mr Kabila more time in office. Much will depend on the reaction of Congo’s neighbours, such as South Africa and Angola, as well as regional groupings. They should step up the pressure for a transparent account of events. Anything else would betray the people of Congo, who turned out in their millions. The least they can expect is for every single one of their votes to be counted honestly.