Britain’s exit from the EU may be tumultuous but it has delivered a bonanza for consultants, with central government keen to hire their services.

Eight of the biggest firms — PwC, Deloitte, EY, KPMG, McKinsey, BCG, Bain and PA Consulting — enjoyed a 20 per cent increase in the value of work in the year to September 2019, according to Tussell, a data provider on government contracts. Spending on these firms rose by £77m to £464m last year.

A Cabinet Office spokesperson said: “It is important that the government can draw on the experience of external specialists. It is also often the most cost-effective solution . . . for short-term projects, including work on EU exit priorities.” 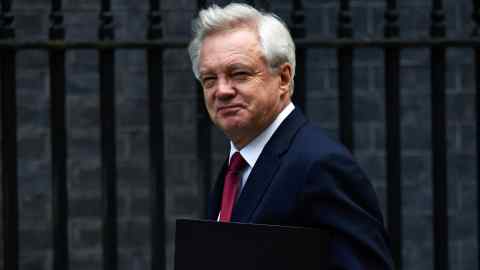 The sums are likely to be a fraction of total government spending as they exclude other advisers, plus legal and financial advice, outsourcing contracts and running IT projects.

According to a National Audit Office report in 2016, the government is spending more on consultants despite them costing twice as much as civil servants. It found a total of 47 temporary staff were on a daily rate of more than £1,000, compared with 30 senior civil servants with comparable pay.

Joshua Pritchard, outsourcing and procurement lead at the Reform think-tank, says: “Without greater transparency in government contracting, it is impossible to examine the total amount spent, the additional benefits being delivered, or whether departments have guaranteed value for money in these deals.”

Strategy work is generally the most expensive, followed by IT design and delivery, and data and analytics

Day rates in the public sector range from about £1,000 for junior consultants to about £3,500 or occasionally higher for partners, according to Source Global Research, which advises the professional services industry. Its clients expect a moderate increase in fees this year, driven by higher demand for specialist or highly technical skills, greater overall call for consulting and the growing use of proprietary technology in the delivery of projects, it said.

Fergus Blair, senior analyst at Source, says there is also a growing trend in the public and private sectors towards using outcome-based pricing in contracts, such as bonuses that consultants earn if they hit performance objectives.

But clients in the UK and US are increasingly likely to “push back on fees they think are too high”, he adds. “Clients are less willing these days to pay high rates for junior [consultants] — more are saying they don’t see the point in paying large amounts of money for access to people who don’t yet have deep sector or technical expertise.”

Strategy work is generally the most expensive, followed by IT design and delivery, and data and analytics, he says.