Christina Adane: ‘I’m the pissed-off young person in the fight against food poverty’

Christina Adane, a 19-year-old activist from south London, has been campaigning for free school meals for the past three years. During the first Covid-19 lockdown, she launched a petition to extend free school meals over half-term to 1.3mn children who would otherwise go hungry. It made headlines, prompted a government U-turn and inspired footballer Marcus Rashford’s efforts to expand the programme further.

Now Adane is calling on the government to extend free school meals to the 800,000 children in England who are living in poverty but are not eligible. Despite the rising cost of living, the threshold remains the same at only £7,400 per household. “It’s about the children that are going to starve this winter,” says Adane when we meet in London. “I know kids are going to skip meals if they don’t get this provision.”

“Everyone [in Westminster] is talking about the economy,” says Adane. “But PwC just launched a report showing how free school meals would help the economy over the next couple of years and in the long term. The government is so myopic.” The changes in Downing Street haven’t altered the focus. “When you’re talking about free school meals, it’s the same ask no matter who is in charge – that young people don’t go hungry.”

The campaign is one of many being spearheaded by Bite Back 2030, a youth-led movement co-founded by chef Jamie Oliver and Norwegian philanthropist Nicolai Tangen in 2019; Adane is campaigner in residence. Bite Back believes every young person deserves access to healthy, nutritious food. It also believes young people are the key to driving change and fixing the current broken system. Young people are being bombarded with unhealthy food in high streets, supermarkets and school canteens. By age 11, the health of one in three children is at risk from the food they eat, with children from disadvantaged families twice as likely to live with obesity as those growing up in wealthier households.

Bite Back has seven youth boards whose activists campaign on various issues. They have pushed for the introduction of a 9pm watershed on junk food advertising, and campaigned against misleading food labelling. “Seventy-three per cent of young people think they are eating healthily,” Adane points out, “but according to government guidelines, only six per cent are following a healthy diet.” Often to blame is wording like “high in fibre” and halo advertising in which the brand name gives the false impression that the product being sold is healthy. “Some companies genuinely think they’re good,” Adane notes. “When I say the sugar content in their drinks is the same as a Coca Cola, they’re like, ‘It’s natural sugar.’ But it’s still sugar.”

Adane has been working with Bite Back since its inception. While at school, she was co-chair of its National Youth Board. Now she’s on her gap year (doing a role at Bite Back created specially for her), before she takes up a place to study anthropology at UCL. She remembers the “intense” training sessions she attended when she first joined the programme. Run by former BBC presenter Nicki Whiteman, they opened her eyes to the myriad systemic threats facing young people. It was also the first time she heard the term “food deserts” used to describe neighbourhoods, like hers, where residents have little access to affordable, nutritious food.

“I found out I was twice as likely to develop obesity and [more] likely to die 10 years younger,” she says. “I found out why cereals have cartoons on them and confectionery is always at children’s eye level. All these things you don’t notice.” The idea that she – and her palate – were being manipulated by food corporations enraged her. Her fury and that of other young activists has continued to drive the movement. “Once you provide young people with information, they will be angry and mobilise,” she says. “It’s about positioning food as a social-justice issue and getting young people to speak for themselves.”

Young activists certainly have advantages over senior counterparts. “I’m the pissed-off young person,” Adane acknowledges. “I’m allowed to call out companies.” She cites Deliveroo, a company Bite Back are working with under its Food Systems Accelerator programme, which has pledged to make changes in strategy to help young people eat healthily. And yet Deliveroo recently introduced Klarna on its platforms – the buy-now, pay-later facility that has been criticised for encouraging debt. “Although we’re willing to be at the table with them, we should be calling them out for things they are doing wrong.” Fellow campaigners also come under fire. While she respects the huge contribution Marcus Rashford has made, she was nonetheless disappointed that he has been involved in advertising for Coca-Cola.

Adane believes the biggest strength a young activist can have is the power of their experience. “If I’m talking to an MP and telling them I was on free school meals and I lived in a food desert, it’s hard for [them] to say my experiences are invalid,” she says. “Campaigners like [Leon co-founder] Henry Dimbleby, Jamie Oliver and the Food Foundation have been talking about this subject for the longest time. They tell me it’s always when a young person is in the room to bring the argument alive that it’s impactful.”

Born in Holland, Adane moved to England with her Ethiopian mother when she was five. She grew up in Oval, south London. The Ebola outbreak in west Africa in 2014 first triggered her activism when, aged 11, she organised a pyjama and baking fundraiser at school. She started on free school meals at secondary school and “felt a huge amount of shame being labelled a free school-meal kid”, she recalls. The stigma worsened as she’d moved from a mixed school in Pimlico to the more privileged Grey Coat Hospital, also attended by the daughters of Michael Gove and David Cameron. “Just being in that space and trying to be proud of who you are [was] difficult,” she says. Working with Bite Back helped her overcome that stigma, as she came to understand the wider issues surrounding food insecurity. “You can’t tell children living in food deserts, ‘Eat better,’” she explains. “They don’t have a choice. That’s why we focus on systems change. Making sure young people realise it’s not their fault.”

And yet when she launched the petition to extend free school meals in 2020, she was still grappling with feelings of shame: “My family is prideful. They are the type of family that could go hungry and won’t ask for help. What pushed me over the edge was that so many kids were going through the same thing.” That included her younger siblings. “I needed to speak up.”

As well as doing media and in-person events (such as attending this year’s Conservative Party conference) Adane has received accolades including being given last year’s Diana Legacy Award. “You do get dazzled by all these shiny opportunities,” she says. But her mother’s experiences have kept her grounded. “Mum comes from a region in Ethiopia called Tigray where there’s been a civil war,” she says. “We haven’t been able to contact my grandma for months. My aunt was in a concentration camp. They are fierce women who have been through a lot. They fight because they have to. They’re not getting awards. Also there’s something about me being a light-skinned woman of colour, I have a certain package that people like, right? But because I’m from a family that aren’t that package, I know the reality.” 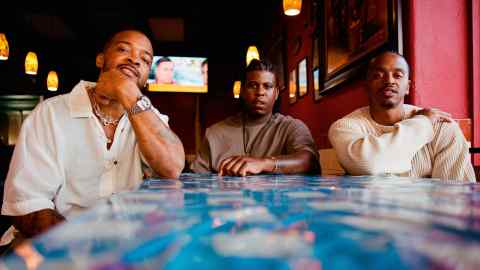 Food activism, warns Adane, “runs the risk of going down the same path climate activism did, which is essentially a middle-class bubble. A lot of [campaigning comes] out of a place of privilege. Not in a bad way. They are doing it to raise awareness of an issue they have the time and capacity to care about. I’m doing it because if I don’t fix the system my siblings are going to grow up in the same world I did. They are going to face the same diet-related diseases I might face. There has to be urgency because this is my reality.”

Despite the obstacles, Adane has reason to be hopeful. “The fact that people in power are thinking about the issue is what is going to create real impact,” she says. There’s also been a shift among her friends, who used to question why Adane wasn’t campaigning on issues like racial justice or climate change. “Now they get it,” she says. “They even repost on social media. That’s validation.”

Adane is also proud to show a youth-led movement in food can deliver results. It’s proof, ultimately, that young people not only deserve a place at the table, they deserve to be at the head. biteback2030.com 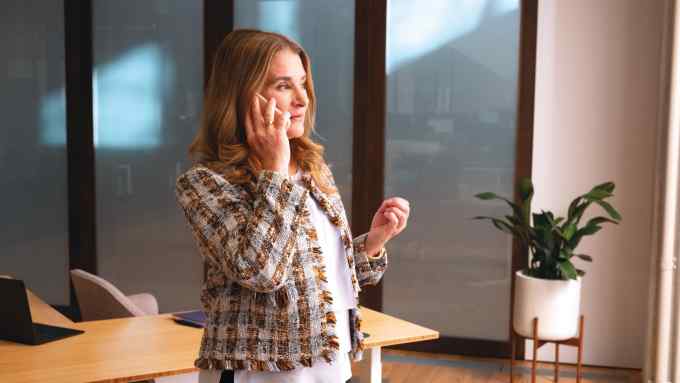