Ripple and Swift slug it out over cross-border payments

A rivalry is raging that looks set to decide how cross-border payments are handled for decades to come. It is a contest that encapsulates much of the debate about blockchain and cryptocurrencies, pitting a start-up company betting heavily on these new technologies against a long-established group arguing for more incremental change.

In the blue corner is the challenger: Ripple, a California company created in 2012, promising to make payments faster, cheaper and more reliable using blockchain and cryptocurrency technologies.

In the red corner is the incumbent: Swift, a 45-year-old interbank messaging service that handles half of the world’s high-value cross-border payments and is run as a co-operative owned by its thousands of member banks.

Ripple caused a stir in the payments industry in April by teaming up with Banco Santander to launch a service based on its blockchain messaging technology that allows the Spanish bank’s customers in the UK, Spain, Poland and Brazil to send money in many currencies around the world.

“There were some pain points experienced by our customers when making cross-border payments that we wanted to address with the new OnePay FX service,” says Ed Metzger, head of innovation, technology and operations at Santander UK. “We have had very positive feedback and good take-up. It gives the customer much more certainty over how much money will arrive in the destination account.”

Santander is one of more than 100 financial institutions that have registered with Ripple to use its blockchain-based messaging system, known as XCurrent, which allows banks to co-ordinate the transfer of money between currencies in seconds.

“We are signing up a new financial institution as a customer every week,” says Asheesh Birla, senior vice-president of product at Ripple.

The rise of Ripple and scores of similar blockchain-based payment companies represent a direct challenge to the longstanding dominance of Swift, a non-profit company based in a palatial country estate near Brussels.

Blockchain — or distributed ledger technology — can be much quicker, cheaper and more certain in sending money between currencies than the traditional correspondent banking system on which Swift is based. Often transfers via Swift pass through multiple banks before reaching their final destination, making them time-consuming, costly and lacking transparency on how much money will arrive at the other end.

Swift has responded to the threat by improving the efficiency of its own messaging system and carrying out its own tests on the potential of blockchain technology.

“It is no secret that correspondent banking is a 1998 model and we are busy addressing that, bringing it to a 2018 model,” says Harry Newman, head of banking at Swift. “But in terms of speed, what problems are you trying to fix? We have our own cloud and API solutions and are already doing payments in minutes or even seconds.”

Swift has launched an upgraded service, called Global Payments Innovation, which is being used by 165 banks. In some payments corridors, such as US-China, GPI accounts for four in 10 transactions.

Mr Newman says the improvements mean that more than half of the payments on the GPI service are reaching their beneficiary within 30 minutes of being initiated.

Correspondent banking is a 1998 model and we are busy addressing that, bringing it to a 2018 model.

In terms of testing blockchain tools, Swift has found it hard to hide its scepticism. This year, Swift said a test carried out with 34 banks led it to conclude that it would be difficult to achieve the required scale with a blockchain system.

To avoid confidential information being seen by rival banks, Swift says it would have to build more than 100,000 sub-ledgers to accommodate all its 11,000 member banks — making it impractical.

“[Blockchain technology] is not straightforward to scale and it is not yet appropriate to do so,” says Mr Newman. “All the announcements [by banks about their blockchain payments projects] made to date, they are either in-house or bilateral projects between banks. As you bring scale you get escalating complexity.”

Mr Birla at Ripple says that the company dealt with this scalability issue three years ago by allowing banks to connect “point to point like the internet” so that only the banks directly involved see the details.

Another criticism of Ripple is that most banks use only half its solution — the messaging part — while shunning its XRP cryptocurrency, which is meant to be a cheap and universal bridge currency, providing an alternative to the expensive nostro and vostro accounts of correspondent banking.

“If you don’t have money on the blockchain you are just doing a different kind of messaging system for correspondent banking,” says Mr Newman. “Currently cryptocurrencies are just not fit for purpose — they go up and down too much.”

‘Stablecoins’ as an option

A solution may not be far away, however, as several groups are working to create so-called stablecoins — tokens on a distributed ledger backed by fiat currency on deposit at central banks.

Circle, the cryptocurrency and payments group in Boston, is creating the USD Coin; a group of economists including Jacob Frenkel and Myron Scholes have launched the Saga token; and three Princeton University graduates have raised $133m from investors to create Basis. They all aim to avoid the volatility that has affected cryptocurrencies such as XRP.

These developments are unlikely to cool the rivalry between Ripple and Swift. Their one-upmanship was underlined last year when Ripple tried to upstage Swift’s Sibos conference — a global financial services networking show — in Toronto by holding a parallel event in the same city with Ben Bernanke, the former US Federal Reserve governor, and Tim Berners-Lee, the inventor of the world wide web.

The tit-for-tat tussle over blockchain’s role in cross-border payments is just getting started. 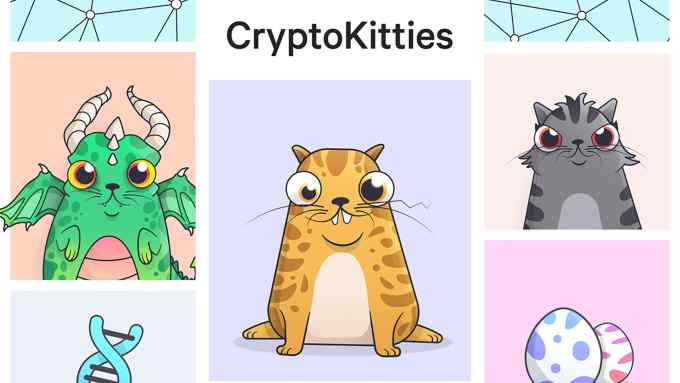