A tax on knowledge: the digital penalty 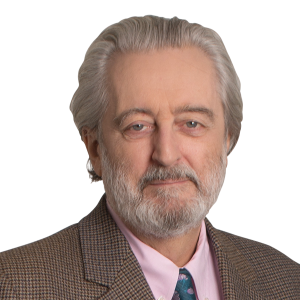 To my dismay, taxes on books, magazines and newspapers are silently creeping back almost unnoticed as more sales become subject to value added tax.

Since the tax on newspapers was scrapped in 1855 after a long campaign against what were cleverly called “taxes on knowledge”, printed publications were exempt first from purchase tax, and then from VAT. The Treasury estimates this now costs more than £1.6bn a year.

It does not, however, extend to digital publications. If you buy a book for your Kindle ereader or subscribe to an online version of a newspaper or periodical, VAT at the standard 20 per cent rate is applied. A tax on knowledge.

Nielsen Book Research has told the FT that UK sales of ebooks in 2017 were worth £345m compared with £1.9bn for paper books. So more than one in seven pounds spent on books was subject to this tax on knowledge.

Similarly, ABC circulation figures for The Spectator magazine indicate that more than a quarter of its UK circulation comes from digital subscribers, and is therefore subject to this new tax on knowledge.

Assuming digital sales overall are about one-sixth of total sales, I calculate that extending VAT relief to digital versions of books, newspapers, and magazines would cost about £330m a year.

However, VAT on these items could not just be scrapped. Printed matter is not exempt from VAT in the UK but zero-rated. VAT was introduced when we joined the European Economic Community in 1973 and there were many items to which the purchase tax did not apply.

The UK government wanted that to continue but the EEC did not exempt books and newspapers from VAT. Countries were free to set their own rates — so to keep that exemption, the UK set the rate of VAT for them at zero.

Regular readers of this column will know I am proudly a nerd when it comes to tax matters. There are 11 categories of zero-rated items— including many foods, the construction of new homes, domestic bus, train and air fares (but not taxi fares), children’s clothing, and prescription drugs.

Altogether, these zero-rated products cost the Treasury £52bn a year in forgone VAT. The UK is free to set a rate for any of these items but it must be at least 5 per cent — the minimum reduced rate the EU allows.

So the government could theoretically commit to cutting the “tax on digital knowledge” to 5 per cent now, at a roughly estimated cost of £250m per year, and then zero when we leave the EU. This is a process it has recently applied to sanitary products, following successful lobbying to scrap the so-called “tampon tax”.

However, the pressure is on the chancellor to raise taxes rather than cut them as he struggles to fund the prime minister’s promise of £20bn more for the NHS.

At his Mansion House speech last week, the only detail Philip Hammond, the chancellor, would give away was that “taxpayers will have to contribute a bit more, in a fair and balanced way”. However, he is reported to have ruled out straightforward tax rises such as raising income tax rates by 1p. That would yield about £5bn a year, so if repeated for four years, could produce the desired £20bn. But it would send income tax rates to the highest they had been since the Conservative government in 1995/96.

Allowing VAT to creep into areas where the UK has set the rate at zero might not be any more attractive, even though most zero-rated items are subject to similar sales taxes in most other EU countries. It is hard to propose adding VAT to domestic travel prices, despite the £5bn a year it would raise, still less children’s clothing to raise £2bn, even though some of it fits small adults. It would be more difficult to impose even the minimum 5 per cent rate on foods that are currently exempt, although doing so could raise £4.5bn a year.

Columnists
Books are back because Amazon likes them

There are other reasons to be cautious. The chancellor is no doubt aware that the last attempt to scrap a zero rate and apply full-rate VAT to domestic gas and electricity bills by his distant predecessor Ken Clarke in 1994 was rejected by parliament (it is currently charged at the minimum allowed rate of 5 per cent rate). Mr Hammond was himself bruised by having to withdraw plans to raise self-employed national insurance contributions last year.

But he has to do something. So why not sweeten any tax rises by ending the taxes on knowledge bought digitally? After all, £330m is small change for the Treasury.