Consumption to replace investment as key to China growth

China is shifting its growth model to one relying more on consumption and less on investment. It is also urbanising, ageing and experiencing dynamic technological change. It should therefore offer the world’s businesses a gigantic, rapidly growing, but challenging, consumer market as it evolves from being the “workshop of the world”.

Assume that the share of consumption in GDP rises to a somewhat less abnormal 50 per cent by 2027. Assume, too, that the economies of China and the US grow in line with the latest forecasts of the International Monetary Fund up to 2023.

The IMF forecasts that the Chinese economy will expand by 42 per cent between 2017 and 2023 (a compound annual rate of 6.1 per cent). The corresponding figures for the US are 13 per cent and 2 per cent. Thereafter their growth is forecast at 8 and 4 per cent respectively, in nominal terms (or 5 and 2 per cent in real terms). Then the Chinese economy would be the same size as that of the US, in dollars, by 2026, and its aggregate consumption would reach 74 per cent of US levels by 2027. (See charts above).

Assume, instead, less optimistically, that China’s consumption share remained at a mere 40 per cent of GDP. Assume, too, that, after 2023, the growth of China’s nominal GDP (in dollars) falls to a mere 6 per cent, while that of the US remains at 4 pe cent. Then China’s aggregate consumption will still reach 55 per cent of US levels by 2027. Even under these considerably less favourable assumptions, this will be a hugely important market.

What, then, will be the features of this growing consumer market? A recent report from the World Economic Forum and Bain & Company delineates its main drivers and the challenges these are likely to create.

By 2027, 22 per cent of the Chinese population (324m people) will be over 60. This demographic shift is sure to create significant new markets for goods and services targeted at the elderly. Meanwhile, the young adults of 2027 will virtually all be from one-child families and familiar with the digitally-enabled and relatively prosperous China of today. They are likely to be considerably more demanding than their elders.

As elsewhere in the world, Chinese consumers will also increasingly demand and obtain personalised goods and services. In addition, argues the report, the pattern of consumption is likely to be split between those seeking a more traditionally Chinese lifestyle and those with a preference for a more westernised way of life.

The dramatic development of China’s digital economy will increasingly weave together online and offline worlds. Hema, for example, is a start-up, backed by the Alibaba Group. As I witnessed during a recent visit to Alibaba’s headquarters in Hangzhou, a Hema store is a mixture of supermarket, restaurant, distribution centre and online store. I saw a possible future — and it worked.

Crucially, just five companies, all of them Chinese, seem likely to end up controlling the data created by this digitally-enabled, mass-consumer market. This can bring great benefits to consumers. But it will also create immense monopoly power. Concerns over privacy and control over data might come to China, as they have to the high-income countries. 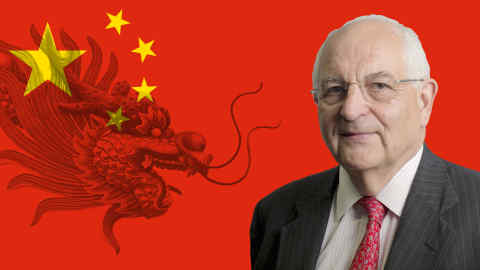 Finally, China was already 57 per cent urbanised by 2016, according to the World Bank. Urbanisation could rise to 70 per cent by 2027 and then to the over 80 per cent normal in the advanced economies, with most of the new inhabitants moving to Tier 2 and Tier 3 cities and inland, rather than the saturated coastal megacities, Beijing, Guangzhou, Shanghai and Tianjin, or inland Chongqing.

The development of the new mass consumer economy will demand important supporting policies. These will include upgrading of skills, spreading benefits of growth more widely, tackling China’s vast environmental challenges and strengthening the trust that a history of fakes and tainted products has damaged.

The plausible assumption, however, is that over the next decade a mass consumer society will emerge in China. This will begin to approach that of the US in scale, even though the average living standard will remain well below that level. Moreover, Chinese companies are emerging as world leaders in this technology-enabled economy.

A vast middle class of people with an income affording more than the basic essentials of existence, will also emerge. These consumers will be not only be more demanding, but will seek goods and services that enrich their lives.

The great probability is that all of this will indeed happen. But this is not certain. It assumes that the doctrine of “reform and opening up” will continue to guide Chinese policy successfully and that nothing dramatic — financial crisis, armed conflict, a collapse of the global economy, domestic political upheaval — comes in the way of continued progress.

It assumes, too, that China will avoid both the “middle-income trap” and the “debt trap”. China’s record suggests that it will do just that and will continue to progress, albeit at a somewhat slower rate than before. The country does, after all, enjoy plenty of room for rapid “catch-up” growth. Bet on success. That seems the likely future. 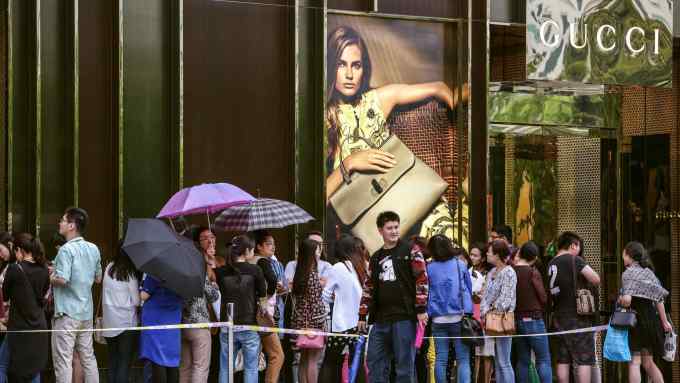