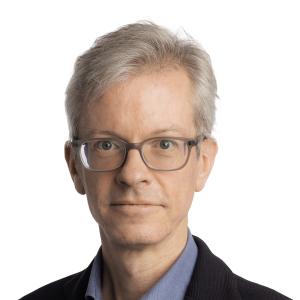 When ministers announce a “generational change” to property laws, they can rely on getting the attention of millions of homeowning voters across the country.

Whether this will turn out to be an accurate description of the scale of this week’s policy shift is unclear. What is evident, though, is that the trend to regulate landlords is showing no signs of abating.

Landlords are set to lose the right to evict tenants at short notice without giving a good reason for doing so, under government plans unveiled on Monday. Until now they have been able to use Section 21 of the 1988 Housing Act to turf out renters after the end of a fixed term tenancy, with just two months’ notice.

The tenant doesn’t have to have done anything wrong to justify a Section 21 notice — they may have been paying the rent on the nail and taking good care of the home — but they still have to leave if the landlord serves one up.

Tenant organisations, which have campaigned for years over Section 21, said the power had been abused by bad landlords, leading to unfair evictions, including cases of “revenge evictions” where renters complained about broken boilers or mouldy bathrooms only to find themselves turned out of a property in short order. James Brokenshire, the communities secretary, said homelessness had been exacerbated by the measure.

Under the government plans, which will effectively create open-ended tenancies, landlords will instead have to give a reason for eviction — such as rent arrears or antisocial behaviour — as well as include evidence of the tenant’s shortcomings.

Evictions will be covered by Section 8 of the housing act, which means going through a court system not widely celebrated for its speed and efficiency. Hence ministers paired their stick for landlords with a carrot in the form of a revamp of the legal process of eviction, with the promise of digitised procedures for housing disputes.

Crucially, Section 8 will also be tweaked to allow owners to end a tenancy if they plan to move back in to the home or sell it.

Some have seen heavy political motives in the announcement, casting it as a gesture designed to favour the 4.5m voting households in the private rented sector over the smaller constituency of landlords, ahead of a general election that may be triggered in the current political maelstrom.

In fact, it is only the latest instance of a well-established trend that is very likely to continue — the rising tide of regulation facing the private sector landlord. In the past five years, landlord investors have faced the loss of tax relief on mortgage interest, a stamp duty surcharge on additional home purchases and tighter conditions on their mortgage borrowing.

Each check on their activities has brought howls of protest from the sector, but many of the changes are also a mark of its success in terms of growth: the private rented sector is the second largest type of tenure in England after owner occupation and now accounts for 19 per cent of households — double its share in 2002. As home ownership has become less affordable in parts of the country, the range of people renting is expanding to include not just the traditional young professionals, but families and older people.

Since the regulatory crackdown began, buy-to-let purchases have fallen back in London, where the regulatory changes have hit investors hardest and high prices have stifled yields. But it is far from the doomsday scenario many had foretold.

Richard Donnell, insight director at Zoopla, said: “Rents haven’t changed in London since 2014. In regional markets rents have been rising at 2 to 3 per cent, in line with earnings.” That may be one reason why landlord investors surveyed by the communities department as recently as last year said they had joined the sector in order to “contribute to their pension”.

Politicians increasingly take the view that if the sector is to function well as a key part of the housing market, it has to be better regulated, with protections and responsibilities in law both for tenants as well as landlords. Renting cannot be seen simply as a stepping stone to home ownership, which has become harder to access as house prices have risen and mortgage affordability has tightened.

But concluding the detail of the new eviction arrangements will be tricky. The government wants its consultation done and dusted by summer but ministers face an unenviable challenge in applying across-the-board policies to this hodgepodge of a market. The private rented sector includes everything from traditional buy to let, student accommodation, institutionally-funded build-to-rent accommodation, through to Airbnb and the rent-a-room scheme. Collateral damage would be the easy byproduct of an ill-thought-out implementation of rule changes.

Policymakers will want to avoid a rush to Section 21 ahead of its repeal, by landlords who might otherwise have left their tenants alone, or creating a system that fuels the tendency of many private landlords to exclude certain classes of tenant. The same survey by the communities department found that half of landlords would be unwilling to let to those on housing benefit and a quarter would turn away non-UK passport holders.

For their part, tenants groups will be watching closely for any signs of the new system creating a back door to no-fault evictions. Could a landlord falsely claim to want to sell up in order to ease out a tenant? The process will have to take account of the possibility, though it is not clear how it would distinguish between such cases and that of an owner who went to sell, gained vacant possession, but then, for entirely legitimate reasons, had to reverse their decision.

For landlords, the real danger would be anything that inadvertently risked their ultimate ability to realise the value of their housing assets through disposal. Higher taxes and tighter landlord borrowing may have doused demand for buy to let but has not destroyed the private rental sector. Interfering with the smooth operation of the market would pose a very different kind of threat.