Best of Money 2017: The curious case of the middle-class bike thieves

In this glorious summer weather, you cannot beat the feeling of cycling in the sunshine with the breeze ruffling your hair. Sadly, this pleasure was shortlived for my friend Peter’s wife. She locked her brand new bike to the railings of her local park — and returned after lunch to find it had been stolen.

Never mind, said Peter, when she eventually got home. They reported the theft, and obtained a crime number. But alas, her bike was not covered by their insurance, as their policy did not include theft taking place outside the home.

The next day, Peter — a mild-mannered chap in his sixties whose pastimes include charity work, bird watching and listening to jazz records — decided to turn detective. Inspired by an article he found online, he searched for his wife’s bicycle on the internet.

It didn’t take long before he found an identical bike for sale, via a well-known website, in a nearby part of London. But was it really hers? After exchanging some texts, the couple arranged to meet the seller outside their local Tube station.

A young man duly turned up with a woman’s bicycle. He didn’t much look like a criminal, Peter told me. But they could both see that it was definitely his wife’s bike from the water bottle holder and panniers that they had fitted. So they proceeded with the second stage of their dastardly plan.

His wife asked sweetly if she could try out the bike, and pedalled off down the road — and kept going. Safely around the corner, she sent a text to Peter’s mobile confirming it was definitely hers. This was his cue to duck inside the Tube station and jump on a train — leaving the bicycle thief standing outside wondering what on earth had just happened.

Soon their sense of middle-class triumph turned to guilt. By stealing the bicycle back, had they also committed a crime?

“He clearly didn’t think that an elderly couple were going to steal the bike back,” Peter told me. He got off the train a stop later, walked home and met his wife who was overjoyed to be reunited with her bicycle.

But soon their sense of middle-class triumph turned to guilt. By stealing the bicycle back, had they also committed a crime?

They could prove the bicycle was their own property — and, surely, you cannot steal your own bike. But what if the young man who they met had unwittingly bought the bike himself from the original thief, and was selling it on? (This seemed unlikely, as he didn’t send any further texts following the audacious daylight heist). In any case, said Peter, he wouldn’t have been able to keep the bike if it had proved to be stolen property.

So they informed the local police, who seemed relieved that neither of them had come to any harm during the escapade. It seems unlikely to be taken further, as the crime has effectively “un-happened”. But looking back, it could have ended rather differently — particularly if the enraged thief had given chase. Regardless, most of Peter’s friends think he is a hero for taking the law into his own hands.

One friend thought they should have called the police when they found the bike for sale online — though at that stage, Peter could not be 100 per cent sure that it was his wife’s — and he didn’t think the police would have done anything anyway (more on this later). He was also surprised that their plan to steal it back actually worked.

Of course, this isn’t the only way that people are using tech to become reunited with lost possessions. The cost (and size) of GPS tracking devices is coming down. These can be attached to bikes, cars, boats, luggage, golf bags and even key rings — and using a smartphone app, you can track their location online.

Then there’s Find my iPhone. If this app is enabled on your phone, you can log on to any computer using your Apple ID and (providing the phone is switched on) its location will magically appear as a flashing green dot.

It won’t give you an exact address, but it has helped me to track down various phones that my stepchildren have mislaid over the years (they’ve usually left them at friends’ houses after a big night out). The clever app allows you remotely to enable “lost mode” (locking the phone, and displaying an alternative contact number on screen) or even disable the whole phone.

Yet the internet is awash with stories where people have used technology to find stolen possessions, then called the police in the expectation that they will drive round to retrieve it for them. Mostly, however, the police refuse to get involved, blaming shrinking budgets, the time and expense of obtaining search warrants or the sheer number of missing phones.

So was Peter right to act as he did? (I feel sure FT readers will have views). For the record, the National Police Chiefs’ Council strongly discouraged any members of the public from mounting a copycat operation, advising them to contact their local force instead.

Stating that investigating theft and tracking down criminals was the job of the police service, the NPCC added it would “never encourage victims of crime to pursue criminals themselves”.

“While having software and devices that make it easier to track missing property is helpful for the authorities, they are not always reliable and may well lead to a dangerous confrontation,” it added.

But does the organisation have statistics on the number of “traceable thefts” that have been reported, but not followed up? The answer was no, as this data (if it is recorded at all) would be held by individual forces around the country.

Clearly, police resources are finite. We cannot reasonably expect the taxpayer to fund a retrieval service for relatively low-value items when we can simply pay to insure them. But having this technology must be useful for police in some circumstances, particularly where the tracked item was taken with force, for example.

In this age of identity theft and cyber hacking, crime is frequently enabled by technology. While Peter may have taken a risk, it’s encouraging to know that digital tools can also be used to fight back. 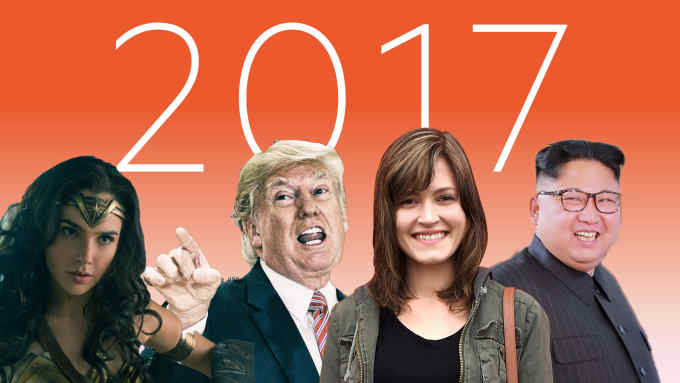 Home hijacking and lessons from The Archers are among the topics to have caught the eye of FT Money writers. In a year when interest in new kinds of investment gathered momentum, editors were spoilt for choice when selecting articles deserving a second read