While many law firms are planning for their roles to be transformed by technology, that transition is already taking hold in their clients’ legal teams.

“Our customers are changing, and the whole business is changing, so legal also needs to change,” says Rebecca Lim, general counsel at Westpac, the Australian banking group.

Some industries are feeling the pressure more acutely than others. The top four in-house teams in this year’s Financial Times Asia-Pacific Innovative Lawyers report are drawn from financial services and ecommerce businesses where technology is having a dramatic impact.

Technology is changing faster than the law and regulatory guidance in many cases. Much of the legislation covering banks, for example, was passed before recent technological innovations in the sector were even dreamt of. For instance, many customers now bank exclusively online and they expect the bank to connect the data it holds on them in order to provide a seamless service.

In response, Westpac plans to expand its legal, secretariat and compliance team over the year to around 300 people. In doing so, Ms Lim is bringing in new skills by hiring recruits who have not necessarily followed the traditional law firm career path.

Because of the nature of our business, it doesn’t work to have specialists, as every quarter we move into a new business

Those who can combine the law and technology are in demand, as are those with experience in new crossover industries such as fintech and now “regtech” — regulation technology— which is designed to help companies’ compliance teams. The bank is also improving the technology skills of existing lawyers, including teaching some of them to code.

The Lazada Group, one of the leading tech start-ups in the region, has changed at an even more rapid pace. Started by entrepreneurs in 2012, the Singapore-based ecommerce company has expanded into six countries, employs more than 6,000 staff, and has changed its business model to become a marketplace for third-party sellers. In 2016, Alibaba, the Chinese ecommerce group, took a controlling stake in Lazada.

Jinesh Lalwani, who leads Lazada Singapore’s legal team, says: “Because of the nature of our business, it doesn’t work to have specialists, as every quarter we move into a new business. For example, last year we only sold physical products, whereas this year we have moved into digital goods.”

The lawyers’ jobs are made even more complex because the company’s operations cover Southeast Asia’s vastly differing legal systems, governments, and six languages. 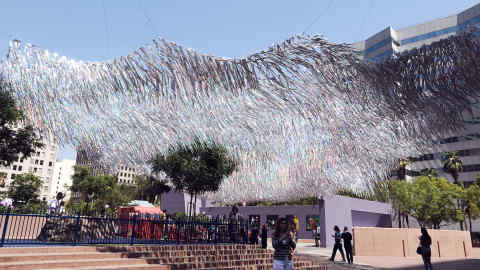 Adaptability and use of technology are essential to help the business scale up quickly. An electronic contracting process developed by the Lazada legal team, for example, allows the business to sign up between 200 and 250 new sellers a month in Singapore, which reduces the hours required from the sales team and lawyers.

A computer science intern is helping to develop new tools as well as automating further aspects of the lawyers’ work.

Artificial intelligence and automation are becoming an important part of the in-house lawyer’s toolkit but, as Westpac’s Ms Lim points out, “all those tools come to full use only if you have a team with a culture to embrace change”.

Chee Kin Lam, general counsel at DBS Bank in Singapore, is leading a programme to make legal and compliance “joyful” for lawyers and customers alike. Technology is central to this. The legal team is introducing an AI tool to automate negotiations over certain legal documents, which should reduce the time required by 20-50 per cent.

But Mr Lam says that the initiative is “not AI for the sake of AI. All artificial intelligence projects must start with process simplification, and must be about changing customer and client lives.”

Cultural change is one of the three pillars in Rein Graat’s programme for innovation at ING, the Netherlands-based banking group. Mr Graat moved from Europe to Singapore less than two years ago to take on the role of Asia-Pacific general counsel for the bank. He previously headed strategy and sales divisions within the bank, and so had different expectations of how lawyers can work.

Mr Graat says he is now particularly focused on measuring emotional intelligence. “It’s all about how we empower our lawyers and ensuring we are focused and connected to the rest of the organisation.”

In the near future, he says, lawyers will need to handle new challenges presented by distributed ledger technologies such as bitcoin, cyber security and data protection.

Mr Graat adds that automation and AI will affect not only the work lawyers do, but also how teams are structured, and how lawyers are trained and motivated. “If lawyers are not prepared for what lies ahead, we will struggle to remain relevant.”

While technology is having a more visible effect on in-house legal teams, particularly in technology-driven sectors, law firms still play an important role.

Westpac turned to Gilbert+Tobin to run hackathons with the bank’s lawyers and staff to develop technology products. IAG’s in-house legal team drew on MinterEllison’s expertise to run so-called design-thinking workshops to encourage creative problem-solving, while Link­laters is the creator and supplier of the AI technology Nakhoda, which DBS Bank is now developing for its own use.

The most effective combinations of technology and law require companies, law firms, technology suppliers and alternative legal services companies to collaborate in new ways. However, according to clients, the examples highlighted in this report are still too often the welcome exception rather than the rule.

When a colleague came out as gay in 2015, it inspired Mr Fujita to help promote LGBT rights and awareness in Japan. He spearheaded a campaign to educate Japanese law firms, motivating many to modify their policies, and has translated US legal precedents to support a petition in favour of same-sex marriage.

Ms Lim has overseen the transformation of the legal and compliance team to support the bank’s move into digital business, recruiting talent with a background in financial and regulatory technology, and training lawyers to code. Ms Lim plays an influential role on diversity issues, encouraging more women and Asian staff to take on leadership roles.

Years of managing strategic planning, change management, innovation and sales at ING gave Mr Graat a fresh perspective when he returned to a legal role in 2015. Since then, he has raised the profile of the Asia-Pacific legal team within the business and made it a driving force for innovation, both regionally and globally.

Ms Vora has introduced a range of processes and technology to streamline legal activities at TransUnion Cibil, the largest credit information bureau in India. She challenged the courts’ jurisdiction to hear claims against the company and is leading efforts to update Indian laws on credit information companies.