Can you buy performance art?

Performance and ephemeral art seems to be everywhere, not least at the Frieze fairs this week. But in this season of high commerce, putting a price on performative pieces remains a complicated question.

Buying a work, when it comes to time-based art, usually means buying the rights to perform the piece, in some capacity. Tino Sehgal and Marina Abramović are among those whose works are bought by institutions as well as private buyers and who can command six-figure sums. But for most artists, the best way to fund a performance practice has been from sales of its related cast-offs or documentation: the photographs, preparatory drawings or objects that played a part.

Many in the field think that it’s time for this to change, that it makes no sense to apply the principles of an object-based market to ephemeral works that inherently defy such a structure.

“An artist whose practice is about gesture and movement is forced to make drawings or paintings, or to go to festivals as entertainment. It devalues what they are doing,” says Liv Vaisberg, who this month launched A Performance Affair, a three-day platform in Belgium for 23 projects through galleries including Dutch specialist Ellen de Bruijne and London’s Bosse & Baum.

But without an income from their props and paraphernalia, and very little in terms of public subsidy, how can performers make a living, let alone produce their art?

For her event, Vasiberg encouraged galleries to think about other ways in which performance art could be more accessible and commercially appealing. Their thoughts are set out in the catalogue and range from including a video of the artist giving instructions for subsequent performances (Tim Etchells for Vitrine gallery) to another artist suggesting that the price of her work could be a direct multiple of the number of seconds she holds a pose (Laurence Vauthier for the website Un-spaced).

Vaisberg and others focus on how to “legitimise” performance art — in both the metaphorical and actual sense of the word. Alexandra Warder, co-founder of Bosse & Baum, says that “a lot of galleries don’t have a structure around the legal parameters of performance art. What do you have the right to show? What would it cost to perform it again? Who can perform a work, and where? If collectors had these answers in a contract then they’d be more confident.”

Further muddying the waters are those artists who don’t necessarily define themselves as performance artists, but who have elements of live art in their work, such as Merike Estna, whose show opened at Bosse & Baum this month (until November 3). Warder has begun to ticket a few events through Eventbrite, for free, but with a suggested donation. This makes a nominal amount of money (between £40 and £100 per performance) but, she says, “this work has a value, it takes time, so there’s a principle”.

Freewheeling artists may bristle at the idea of purchase agreements and ticket receipts — it’s the polar opposite of Sehgal’s practice (he stipulates that his transactions are completed verbally, without paperwork). But there’s a valid argument that they can’t have it both ways. “With one breath artists are saying that they don’t like the idea of formalities and next that they don’t get paid enough — there might be a correlation between the two,” Warder says.

Collectors also need to adjust to the alternative opportunities of the ephemeral. “You need to get past the potentially murky areas of what permissions you have and actually think about what you are buying,” says Sigrid Kirk, collector and co-founder of the Artimbarc platform. Last year, Kirk organised a performance in her home of Candida Powell-Williams’s “Boredom & Its Acid Touch”, originally commissioned for Frieze Live 2017. The event cost around £3,000, she says, including paying three performers and keeping guests fed and watered: “I was happy to pay for it: what you own are the evening and the experience, which are better than things.”

She and others talk of having a sense of responsibility to a piece of performance art. Warder defines it as a privilege. “It’s a chance to have a dynamic, open conversation with an artist and their gallery — you don’t get that with the blue-chips,” she says. 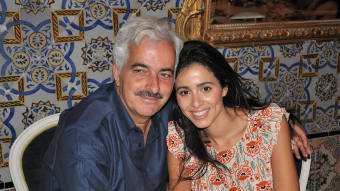