After taking a four-and-a-half-year career break to look after her two children, Ellein Cheng wanted to go back to work and become a “role model” for them. But, instead of returning to her previous job teaching mathematics in a school in New York City, she was eager to explore new avenues.

She signed up for a 16-week so-called returnship training scheme with AppNexus, a company involved in the field of advertising technology. Ms Cheng is one of the thousands of women globally who have re-entered the workforce via this route.

Returnships are often described as internships for those who have taken a prolonged period of time off work mid-career — most often women. The schemes have been particularly attractive among technology companies grappling with gender diversity issues and seeking to unearth much-needed talent.

They have grown in popularity in the US and Europe since around the early 2000s.

The programmes vary between employers, but returners are usually paid and receive training and mentorship over several weeks or months. At the end of that period, the company decides whether or not to hire the applicant.

Total estimated annual earnings boost for professional women in the UK if the career break penalty is addressed.

Two years on, Ms Cheng works full-time for the AppNexus as part of its consultancy solutions team, despite having had little prior knowledge of the advertising technology field.

Taking time out for childcare and other reasons can be detrimental to women’s career prospects and earning potential. Three-fifths of professional women in the UK are likely to end up in lower-skilled and lower-paid jobs when they return to work, according to a 2016 study by the consultancy firm PwC.

In March this year, further PwC research found that raising female participation in the workforce by 5 percentage points to 75 per cent could boost the UK economy by about 9 per cent of GDP.

Estimated boost to UK GDP if female participation in the workforce rose 5 percentage points to 75 per cent.

For employers, returnships are more than just a “feel-good” initiative, says Tami Forman, executive director of Path Forward, an US organisation that has worked with tech companies including Apple, PayPal and AppNexus on their programmes. They can also help employers to plug skills gaps, especially in the tech sector.

“As the US unemployment rate is the lowest it has ever been, [tech companies] especially in Silicon Valley, are having trouble finding people with five or more years of experience,” Ms Forman says.

Jennifer Howland witnessed many women leave the tech industry during her 33-year career at the software company IBM. So she established a returnship scheme to tempt them back.

The returners are trained in new specialities such as quantum computing, artificial intelligence and data science. They are assigned a technical mentor and a “buddy” to offer them support.

“Returning can be quite daunting because technology changes so rapidly,” says Ms Howland.

“Many of the women are returning to the workforce not because they need to financially, but because they miss it,” she says. “They not only want to prove to themselves but [also] to family and friends that they can do this — it’s incredible to see the transformation.”

As the US unemployment rate is the lowest it has ever been, tech companies especially in Silicon Valley, are having trouble finding people with five or more years of experience

Now in its third year, the IBM scheme runs over 12 weeks in 16 locations in North America and India. IBM has hired 90 per cent of the 60 women who have completed the scheme. Yet this averages just 20 placements a year on offer globally — a tiny number when compared with the company’s nearly 400,000-strong workforce worldwide.

The returners have been received very positively by other employees at the company, Ms Howland says. IBM plans to expand the scheme to more countries.

One of the criticisms levelled at returnships is they can come across as patronising. Since mothers already often experience negative or potentially discriminatory behaviour in workplaces, returnships could make them even more of a target — particularly in the technology industry, where instances of ageism and sexism have been well documented.

In many cases the schemes also fail to address the reason that many women leave the workforce for extended periods in the first place — a lack of flexibility.

“[Mothers] face a lot of bias in the workforce in ways we don’t always recognise,” says Ms Forman. It is commonly assumed they are less ambitious and committed than other employees, she explains, but she believes returnships can help to change those perceptions. “They see [a returner] is doing amazing work, which can actually help to puncture some of those stereotypes,” she says.

For Ms Cheng, the struggles facing working mothers have compelled her to share her positive experience of the returnship scheme, especially with younger people at her company. “There is still a stigma out there that companies don’t look at applicants with career gaps,” she says.

“Whenever there is a space to encourage new moms, I should do that. I want to see changes.” 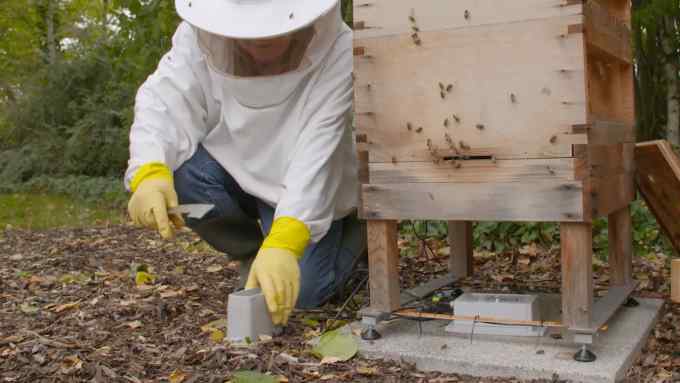