From the Orkneys to St Petersburg, enjoy world-class music

Culture can feel like hard work in winter. Dark, wet weather quickly dampens the aesthetic glow, and it’s tempting just to curl up at home instead.

But as soon as summer comes, there are so many ways to combine an appetite for the arts — especially music — with a lively taste for other pleasures: food, landscape, walking, fascinating cities, adventure and sunshine . . . or moonlight.

With different styles and backdrops, these five music festivals offer a wide selection.

First, banish thoughts of winter with the chance to hear world-class music in warm, Tuscan nights at the Incontri di Terra di Sienna. From July 21-29, concerts take place around the area in wonderful out-of-the-way churches, a dramatic hilltop terrace, and in the superb town of Pienza.

A special pleasure is the historic house at La Foce, in the Val d’Orcia, former home of the writer Iris Origo, where she and her Italian husband created a magnificent garden whose terraces overlook the wide Tuscan valley. The concerts in La Foce’s courtyard include a recital by tenor Ian Bostridge, among other talents.

While the Incontri di Sienna is small-scale, with an intimate feel to its beautiful settings, the summer festival at Aix-en-Provence is one of Europe’s — if not the world’s — biggest and best known. From July 3, across the historic town, in halls as well as in the awe-inspiring Roman amphitheatre, performances of dance, opera and theatre and music of all sorts present an almost baffling choice.

This year, under the new artistic director Pierre Audi, there’s a new look at Mozart’s Requiem (or so they promise) and while the grand tradition is upheld by Puccini’s Tosca (star tenor Joseph Calleja with the exciting African-American soprano Angel Blue), those who are looking to explore the contemporary can find Van der Aa’s “Blank Out”. Book soon.

Back to a more intimate scale, and set in the lush countryside of deep Devon, is Dartington Hall, a collection of medieval buildings set in a rich garden, host to an annual music school and festival. The International Summer School is a four-week programme (July 27-August 24) in which musicians of different levels can participate, listen and learn, and more than 90 public concerts — sometimes as many as three a night — offer everything from early music to gospel, film music, jazz or orchestral.

This year, for instance, the choral group Stile Antico focuses on the neglected tradition of music commissioned by Renaissance women, from nuns to royalty. By contrast, the Egyptian-German singer Merit Ariane blends Arab and Western musical cultures in collaboration with flamenco percussionist Antonio Romero and Turkish oud player Baha Yetkin. A glance at the rich programme reveals many more such surprises.

Finally, two different ways of experiencing the precious summer nights of Europe’s far north. The annual St Magnus music festival in Orkney, now more than 40 years old, celebrates the summer solstice (June 21-26) with five days of music — folk, jazz and classical — as well as theatre. By day, visitors can explore ancient chapels and the strange moody landscape, with its Viking sites and standing stones, and the wild dramatic coastline, while evenings bring Orkney’s capital Kirkwall to vibrant life late into the night while the sun barely sets. Details of the programme will be announced later this month.

Next Act
Immerse yourself in the arts 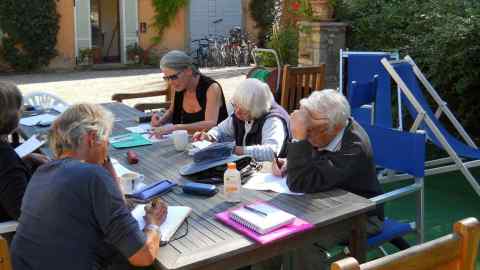 And if it’s the real white nights you prefer, St Petersburg — a city that just doesn’t bother to sleep in midsummer — is a superb treat. The White Nights festival, which runs from May 22 into July, attracts world-class talent to the Mariinsky Theatre under its artistic director Valery Gergiev, as well as to the Conservatoire and the Hermitage Theatre.

Opera and concerts are interspersed with ballet: starry names are guaranteed; once again, programme details will be confirmed later in March. It’s a giant gala of the arts, a far cry from the more local feel of St Magnus: a contrast in styles that emphasises the high points of both.

Read more on Next Act

Next Act is the FT’s free online content hub for readers in later life. Go to FT.com/nextact to read the following features and many more.