Receive free Things to do in Rome updates

Sign up
Receive free Things to do in Rome updates

We’ll send you a myFT Daily Digest email rounding up the latest Things to do in Rome news every morning.

From the church where Puccini’s Tosca was set to the best addresses for artichokes and carbonara, the managing director of FT Live reveals his ideal itinerary for 24h in the Italian capital

We’ll send you a myFT Daily Digest email rounding up the latest Things to do in Rome news every morning.

“Tu quoque, Brute, fili mi!” These were the immortal words spoken by Caesar on the Ides of March in 44BC having just been stabbed 23 times by his disciple Brutus during a meeting of the Senate.

Where better to start your Roman adventure than Largo di Torre Argentina, the square where you can still view in their full splendour the ruins of the exact location of this dramatic turning point in history? Take a deep breath, soak in the deep sense of the past and marvel at the Roman pines that surround the ruins of Caesar’s Senate, now home to a cat sanctuary.

To get the morning started, I like to walk to Caffè Sant’Eustachio for Rome’s best espresso and then stop nearby at Gammarelli, the pope’s tailor. Once inside, I am completely transported back in time: everything moves quietly and slowly, the walls and wooden counters adorned with cassocks to be collected or shipped to prelates worldwide. At every papal election since 1798, a member of the Gammarelli family — along with three white cassocks (in small, medium and large) — has waited in an anteroom next to the Sistine Chapel to dress the newly elected Bishop of Rome, who has only minutes to prepare before appearing on the balcony of St Peter’s Basilica. I like to stock up on pairs of their perfectly woven (cardinal) red socks, which are carefully wrapped in sheets of brown paper.

Cross the road and light a candle in Santa Maria Sopra Minerva, one of the most beautiful of the city’s more than 900 churches. Stop off to experience the grandeur of nearby Piazza Navona and my favourite Roman fountain, Bernini’s Four Rivers, where the Nile, Ganges, Danube and Río de la Plata converge in a symphonic dance of baroque opulence and beauty. Tucked in a quiet street around the corner is the beautifully quaint and luxurious boutique Hotel Raphaël, which with its stunningly distinctive vine-covered façade and hidden terraces, is one of my favourite spots for a drink in the centre of town.

Walk to the church of Sant’Andrea della Valle, where act one of Puccini’s Tosca is set, on your way to the bustling Campo de’ Fiori market square. Nearby is Dar Filettaro, a Roman institution where you can pick up the most delicious, piping-hot fried salted-cod fillets. Keep walking to the awe-inspiring Piazza Farnese and its palazzo, now the French Embassy. This is where Michelangelo left masterful touches on the façade and which is the dastardly Scarpia’s headquarters in Puccini’s masterpiece. It is here that Tosca kills the fearsome head of police who made every Roman quiver with fear, recalling how, as she drops her bloody knife, “Avanti a lui tremava tutta Roma!” (Before him all Rome trembled).

Next, there is a royal couple in Roman cuisine to whom you must pay your respects while you are here. Artichokes and carbonara are the king and queen of the città eterna, revered and venerated by us Romans. When the king is in season, between November and March, every restaurant in the capital will present it in two versions: alla romana, stewed in a gorgeous olive-oil, garlic and white-wine sauce; and alla giudia, Jewish style, deep-fried to an irresistible golden crunch. My go-to place to savour the king is Da Giggetto al Portico d’Ottavia, where thousands of artichokes are cooked every day.

The queen is ever-present year round. I love the carbonara at Il Marchese, on Via di Ripetta. At this modern and elegant osteria, the creaminess and lusciousness of the egg sauce and the crispiness of the Roman guanciale (cured pork cheek) will make you forget forever the cream-laden monstrosities that go by the name of carbonara elsewhere. Finish off your meal at the restaurant’s famous Amaro Bar, with a digestivo from the choice of 500 amari that hosts Lorenzo and Davide have on offer from every corner of Italy.

If it’s pizza you’re after, cross the river to Ai Marmi in the charming streets of Trastevere, where you will find authentic thin and crispy Roman pizza (as opposed to the tall and puffy Neapolitan version), together with another culinary institution, supplì — deep-fried balls of rice with a melting mozzarella centre.

But if you are simply in need of a quick lunch or a coffee break, head to the unique Caffè Canova Tadolini, near the Spanish Steps. Here you’ll find yourself surrounded by an incredible array of life-size statues, marbles and plaster casts in what once was the studio of the Neoclassical sculptor Antonio Canova and his protégé, Adamo Tadolini. Keep walking to the Piazza del Popolo, where you must visit the church of Santa Maria del Popolo. Once inside, stare in awe at Caravaggio’s “The Conversion of St Paul” and “The Crucifixion of St Peter”.

And finally, yes, you must visit St Peter’s Basilica, especially now, while there isn’t much of a queue. I was baptised here — it has a special place in my heart and I never tire of visiting. Every time I step in, I ask myself how something of this scale and magnificence could have been built more than 500 years ago. Don’t miss the crypt where many of Pope Francis’s predecessors are buried, and do brave the hundreds of steps and narrow sloping walls to reach the top of the dome. You will be welcomed by the most beautiful view in the world — and you will then realise why Rome really is Caput Mundi.

We're looking for your best tips about the Italian capital. Tell us your favourite places to visit, eat, drink, exercise, sightsee, and more 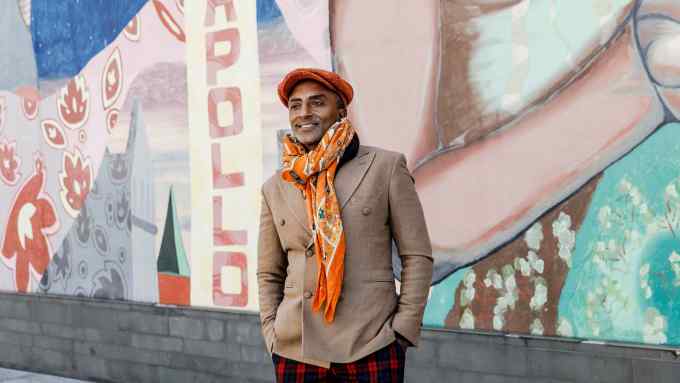