What the doomsayers for commercial property stocks are missing 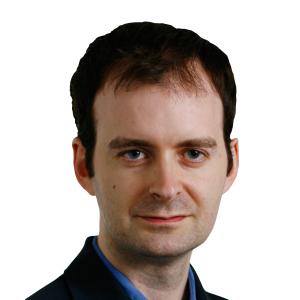 It is a measure of our tendency for histrionics that on forced separation from the office the first thing we imagined was its demise.

The first wave of commentary and analysis that followed March’s work from home orders had all the melodrama of rote songwriting. “You can’t go on/When I’m gone,” we wailed. The tone has mellowed a little since then, though predictions remain deeply maudlin. Covid-19 might not mean the death of the office, it is now agreed, but we need to know where it went wrong, find the strength to carry on, etc.

This week’s Royal Institution of Chartered Surveyors’ quarterly survey, a key sentiment barometer for the commercial property market, delivered some of the gloomiest numbers in more than a decade. Respondents predicted sharp falls in office rents and capital values nationwide, with few seeing any reason for optimism on the horizon.

A net balance of 79 per cent of RICS respondents said demand for office space had deteriorated over the second quarter. The vast majority, 93 per cent, expected businesses to scale back their space requirements over the next two years. Nearly two-thirds predicted an accelerated migration from city centres to suburbia. Expectations of waning demand for prime office space meant overall confidence levels for sales and rents over the next quarter were weaker than during the 2008 financial crisis.

Such pessimism has already been baked into share prices. The share prices of Land Securities and British Land — the UK’s biggest listed developers, which have more than half their portfolios by value tied up in offices — are both down by more than 40 per cent in the year to date. Derwent London and Great Portland Estates, whose offices provide at least three-quarters of their portfolio values, have fallen more than a quarter, while smaller pure-play office landlords such as Helical, CLS and Workspace have dropped by between 35 per cent and 50 per cent.

Deciding whether these moves are overreactions demands considerable guesswork. The depth and breadth of economic uncertainties erode the usefulness of reported net asset values.

As rent collections have stalled, there is still scope for book values to head much lower. A coming wave of unemployment and freefall in the retail sector both point to broader devaluation of commercial property. Secular change, such as whether the Zoom call will do for offices what Amazon did to retail, is by now a familiar theme.

Yet prime office space has so far been resilient as tenants delay making decisions, keeping supply tight. Knight Frank, the estate agent, says London West End and City office rents have held steady so far this year with little change to availability levels. At a time when calculating how many square metres are needed per desk depends more on a vaccine than on commercial considerations, hesitation is understandable.

FT SeriesThe return to the office
The end of the office? Coronavirus may change work forever 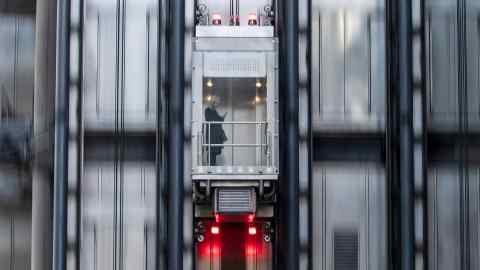 Even the macro picture is not entirely negative. Rock-bottom interest rates, rising inflation expectations and negative real yields — adjusted for those expectations — are boosting the present value of future cash flows from real estate. But the trend is only really visible in safe propositions such as Segro. The warehouse owner’s market value has risen 9 per cent this year in tandem with its online retail customer base, equating to a near 40 per cent premium to its December 2019 net asset value.

Among the diversified operators everything looks very different. British Land and Landsec both trade more than 40 per cent below estimated net asset value for the current year, RBC Capital Markets estimates. Derwent London and Great Portland are priced at discounts of about 10 per cent and 18 per cent respectively.

Public markets tend to put a lower value than private investors on commercial real estate. Reliance on debt funding and an unavoidable exposure to economic trends mean dividends are never guaranteed, while portfolio assets are difficult to sell in a hurry. These uncertainties irk small shareholders more than infrastructure funds capable of staying the course through the cycle. Given the current steep discounts to expected book value, private equity funds not signing up to doomsday views on future occupancy are highly likely be taking an interest.

They have already been sniffing around. Brookfield Asset Management, the Canadian group that part-owns Canary Wharf, revealed in May that it had bought a 7.3 per cent stake in British Land. A month earlier Tristan Capital Partners picked up a 13.2 per cent stake in City developer McKay Securities. On the continent Merlin Properties, the €3.6bn-valued Spanish developer, was this week reported to be a takeover target for Brookfield.

This disconnect between public and private market valuations is a natural consequence of economic uncertainty. And for as long as it persists, the chances that office developers remain independent grows ever slimmer.

Working from home is not a long-term solution / From Tony Parrack, London SW20, UK

Get alerts on UK equities when a new story is published