Ray Maranges has long collected watches associated with motorsport. To him, the two are intrinsically linked. “Motorsport is about time and who can go fastest. The only way to measure that is with a timepiece,” says the real-estate investor from Florida.

Mr Maranges owns 25 chronographs from what he calls the “golden age of racing” — the 1950s to 1970s — and likes the similarities in how a car and watch are built. “They are both made up of hundreds if not thousands of parts that need to work together for peak performance,” he says.

He is particularly drawn to the Universal Genève Compax, known by collectors as the Nina Rindt. Unusual in being named after a woman, the model was worn by Ms Rindt, the wife of Formula One championship-winning driver Jochen Rindt, who died in a crash during practice at Monza, Italy, in 1970.

With so much information on the internet, the associations with motorsport characters “were quite esoteric before and now are quite obvious”, says Jonathan Darracott, global head of watches at Bonhams.

Sale prices reflect the strength of the market. In March, a Sotheby’s online auction sold a 1971 Rolex Paul Newman Panda Daytona for $168,000, double its original estimate.

The Cosmograph Daytona, named after the Florida racetrack, launched in 1963 with a tachymeter bezel for timing laps. Watch enthusiasts have long nicknamed the rarest Daytonas, six references with “exotic” dials, after Mr Newman because the actor and racing driver was seen wearing one.

The prices of some models has increased threefold in the past five years, according to Eric Wind, founder of the US online dealer Wind Vintage.

Phillips sold the actor’s own 1968 Paul Newman Daytona for $17.8m in 2017, a world record for any wristwatch at auction. The watch was a present from his wife, Joanne Woodward, at about the time he filmed the racing movie Winning. The caseback was inscribed, “Drive carefully me”.

Nicknames can help generate interest. Mr Wind says the Nina Rindt watch was selling for no more than $2,800 on eBay in 2011. Then a photo of Ms Rindt wearing the watch appeared on a collectors’ forum. He says: “It then became highly sought after and more meaningful because she was at the track timing her famous husband.” One Nina Rindt sold at Christie’s for $47,500 in 2015. Mr Darracott says provenance has become more important to collectors — in this case typically people who “like fast cars” even if they do not drive them.

A link to a famous driver is valuable. “It’s the romance and emotion that goes along with it, as well as the fact it’s an attractive watch,” he says. “It is all those things bubbled together in a cauldron until you get something a bit magical.”

Rolex still awards a Daytona to the winner of the Rolex 24 race at the Florida circuit, and Mr Darracott suggests that such a piece is worth “four times the price of a normal model”.

Heuer watches given to F1 drivers in the 1970s are also “very collectable”, he says, and will be more so “as their part in the sport’s horological history becomes more apparent”. He says prices have risen from about £1,000 to £30,000 in 20 years.

A gold Heuer Carrera — named after the Carrera Panamericana car race of the 1950s and given to Mike Hailwood, the motorcycle world champion and F1 driver in 1973 — fetched £56,312 at Bonhams in October, four times its estimate. It featured a personalised engraving to Hailwood from Jack Heuer, the company’s former chairman.

Bonhams is set to list a Heuer Autavia Jo Siffert, dated to 1970 and nicknamed after the F1 driver who wore a white-dial Autavia in 1969, in its first Knightsbridge sale after coronavirus restrictions are lifted. Its sale estimate is £5,000 to £7,000.

Sotheby’s and Bonhams have seen the market for vintage Heuers soften recently after prices went too high. Certain models had gone up by 40 times in 10 years, says Mr Wind, who notes “a resurgence in interest” after last year’s release of the film Ford v Ferrari in which actor Matt Damon wears a vintage Carrera and Christian Bale an Autavia.

There is interest in lesser-known brands, too, including Enicar. “Around 1960, in fact I think even in the 1950s, they were tying their watches to the racing car driver Stirling Moss and later Jim Clark, the Scottish driver,” says Mr Wind.

Prices for some models have doubled in 12 months, he says, in part fuelled by the release of Time for a Change, the first book on the brand, by Dutch collector Martijn van der Ven. Mr Wind recently listed a 1960 Mark 1A Enicar Sherpa Graph, sometimes nicknamed a Jim Clark, for $9,800.

Despite the recent price increases, Sam Hines, worldwide head of watches at Sotheby’s, says the market for the “rarest, most exceptional pieces” continues to rise, with supply “very limited”. As scholarship improves, however, “the market for average or poor examples will continue to go down”. 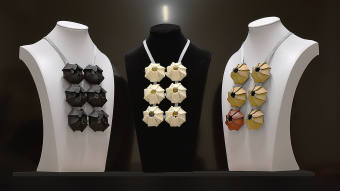