Matt Averna went to business school with the goal of doing something of purpose. “I am aware that this could sound arrogant,” says the 28-year-old. “But I would have a very hard time getting motivated about working for a large corporation selling more of their product.”

When he decided to apply two years ago, Mr Averna was working for Ethos, a non-profit educational charity in New York, helping students from disadvantaged backgrounds find work after graduation.

He wanted to develop his technical and quantitative skills and chose the MBA course at ESMT Berlin primarily because, for the last six years, it has run a responsible leaders fellowship, funding MBA and masters in management students so that they can do volunteer work for six months after graduation.

Mr Averna got a place on the fellowship and joined Yapu, a Berlin-based tech software start-up for ethical lenders and microfinance providers. When his six months finished Mr Averna was hired by the company as a project manager and consultant working with clients in South America.

“I think I am part of a generation that thinks about purpose,” Mr Averna says. “But I think there is a wider movement of people that have realised that being sustainable makes sense from both an ecological and economic perspective.”

This was the first time the topic was among the top five picked by students in the annual survey, researcher Andrew Crisp notes.

“This marks a significant change in tastes,” Mr Crisp says. But he cautions that it could also be a passing fad.

“There is a risk that it becomes another word like impact and entrepreneurship that schools throw into their marketing without clearly thinking why,” Mr Crisp adds. “But there does seem to be a growing demand from students for business degrees that are about more than just the bottom line.”

Millennials are more inclined to ask ‘why not?’ and not to see a barrier between doing good and making money

Admissions consultants disagree. “Without a doubt the MBA with social impact is here to stay and isn’t a passing fancy,” says Chioma Isiadinso, founder and chief executive of Expartus, a New York-based MBA applications adviser. “Millennials are more inclined to ask ‘why not?’ and to not see a barrier between doing good and making money.”

This might partly be due to the relative affluence of this generation, Mr Averna admits. “My own background is not very wealthy, but I am comfortably middle class,” he says.

It is not just ESMT that is trying to cater to students seeking a purpose. Many leading schools now offer scholarships for students coming from non-profit backgrounds.

Wharton’s Moelis Advance Access Program is a deferred admissions scheme for those in the senior year of an undergraduate degree at the University of Pennsylvania to work for two to four years then return to get an MBA.

It actively encourages students to pursue careers in social impact, entrepreneurship and the non-profit sector, according to Blair Mannix, director of MBA admissions at Wharton. “We are looking for the most talented students across the globe who are innovative, intellectually curious and ready to impact the world during their deferment period,” she says.

“This broad range of experiences will bring valuable perspectives to our future MBA classes and prepare our students to become global leaders in today’s ever-changing business environment.”

Judith Hodara, director of Fortuna Admissions consultancy, has been involved in helping MBA students find the right business school for over 30 years.

“You can see this sense of purpose in the reasons why applicants are targeting certain business schools,” she says. “They are taking the time to identify core strengths of the school, such as corporate social responsibility, healthcare and social enterprise, and applying accordingly.”

Ms Hodara believes that now might be a tipping point, but that interest has been growing. Two years ago Fortuna surveyed 1,700 MBA applicants about their business school plans: 76.1 per cent said career outcomes were the most important factor compared with 57.5 per cent that put salary increases at the top of the list.

“This implies that for many, what you do after your MBA is more important than how much you are paid, although that matters too,” Ms Hodara says. 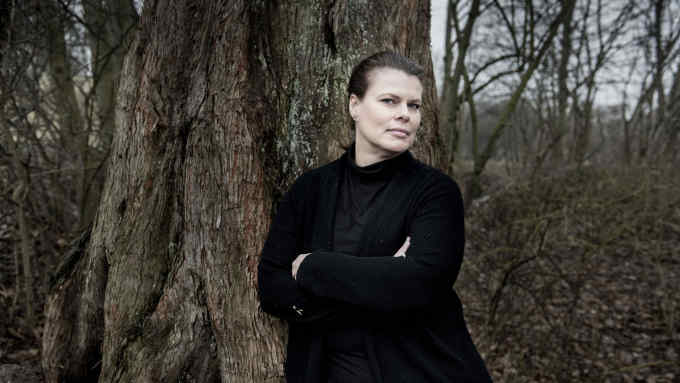