We do learn from bitter experience, of course. But we also have a great talent for forgetting
Tim Harford

My local cheesemonger, having reinvented itself as a general produce store, has been open throughout lockdown. The proprietor tells me something strange and new has started to happen. Customers he hasn’t seen since March as they diligently shielded themselves from human contact, have finally re-emerged, blinking in the daylight. What’s more, he says, they have no concept of physical distance. While the rest of us have been honing our skills for 15 weeks, these poor souls haven’t got a clue how to behave when in public.

But then, do any of us, really? We’re all still working it out. Some people wonder around maskless, sneezing, snogging, shaking hands. Others are paranoid: “Keep two metres away from me! Get out into the road!”, I saw one masked gentleman scream as a perplexed woman jogged in his direction.

It’s a reminder that there is more to this pandemic than what governments tell us to do. Each of us has our own feelings about what is safe. Those emotions have shaped the arc of the pandemic. They will also define the path of the recovery.

Consider the impact of lockdowns. Common sense suggests they have been decisive in driving the disease into retreat, but they have not been the only factor. Hand-washing, handshake-aversion and working from home began long before legal enforcement.

A working paper from the economists Austan Goolsbee and Chad Syverson tries to separate out the effect of mandatory measures from voluntary ones in the US. For example, Illinois imposed restrictions before Wisconsin did. The researchers looked at activity on either side of such borders, using cell-phone data to track journeys to shops and other businesses. They were able to gain insight into how much of shutdown was effectively voluntary.

A similar message comes from a comparison of Denmark, which had a firm lockdown, with Sweden, with its notoriously light-touch approach. Aggregate spending dropped 29 per cent in Denmark and 25 per cent in Sweden. That means voluntary measures did much of the damage to the economy — and, one hopes, have delivered much of the public-health benefit too.

I wouldn’t put too much weight on the precise numbers, but the basic message is important. People didn’t lock down merely because governments told them to. Now the converse applies: just because shopping is legal again does not mean people will rush out to the shops.

In Germany, they did: Germans spent more in May 2020 than they did in May 2019, suggesting that not only were they willing to visit the shops, they wanted to make up for lost time. That is encouraging, but only up to a point. Germany had a good crisis by western standards, with fewer than 10,000 excess deaths, compared with 25,000 in France, nearly 50,000 in Italy and Spain, and more than 65,000 in the UK. The US is currently averaging about a hundred times as many daily new cases as Germany. Perhaps Germans feel safe because they are safe. Not everyone can say that.

Once the virus is suppressed, then a sharp recovery is possible. But might this experience leave a lasting mark on our thinking?

Perhaps so. The economist Ulrike Malmendier has published several studies suggesting that our early economic experiences can be formative of enduring attitudes. If the stock market is weak when we are young adults, we tend to shy away from investing, permanently. Similarly, the hawkishness or dovishness of Federal Open Market Committee members is shaped by their personal experience of inflation.

A new working paper by Prof Malmendier and Leslie Sheng Shen suggests recessions reshape consumer behaviour long after they have passed. The after-effects are wonderfully described as “experience-induced frugality” — that is, people who’ve seen periods of high unemployment save more and accumulate wealth, just in case. Such thrift could lead to more investment, of course, but another recent paper by Julian Kozlowski, Laura Veldkamp, and Venky Venkateswaran argues otherwise. They assert that the psychological scarring is destructive, since a vivid appreciation of catastrophic scenarios will leave people fearful of making bold investments. Why risk anything in a capricious universe?

I wonder. We do learn from bitter experience, of course. But we also have a great talent for forgetting. In particular, we forget how bad things feel. The pandemic will long be remembered, but the pain will fade. After Hurricane Katrina, the US National Flood Insurance Program saw a spike in demand. Three years on, demand for flood insurance had fallen back to pre-Katrina levels.

My guess is that clever statisticians will be able to detect the psychological aftershocks of the pandemic for decades to come — but that, to a casual gaze, everyday life in 2022 will look a lot like it did in 2018. Scars do not always heal, but they fade.

Video: Charts that Count: how coronavirus fears will impact the economy long term

Explore the series
READ MORECoronavirus: free to read
The lockdown death of a 20-year-old day trader 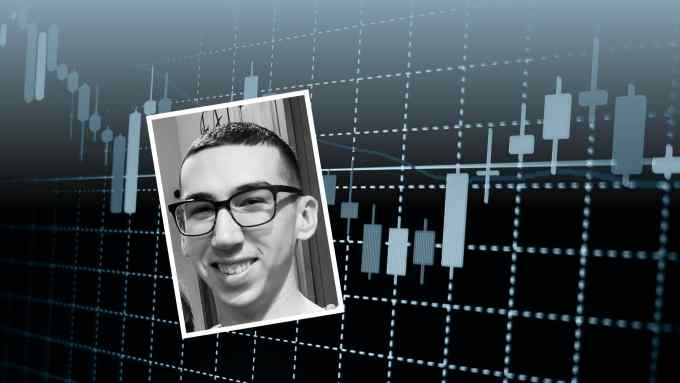