Frenzied trading around the coronavirus crisis helped the world’s biggest investment banks boost markets revenues by as much as 30 per cent in the first quarter, insiders and analysts told the Financial Times.

Traders say the past few weeks — when Treasury yields dipped to record lows and equity markets were repeatedly suspended for breaching their daily price movement limits — have been some of the busiest they have ever seen, with some desks handling more trades than in the financial crisis.

“We are looking at least a 20 to 30 per cent increase across the 12 [biggest] banks in global markets across equities and fixed income [sales and trading],” said Amrit Shahani, research director at Coalition, the main data source on investment bank revenue.

That is better than public guidance so far. Citigroup’s chief financial officer Mark Mason said on March 11 that its first-quarter trading revenues would be up in the “mid single-digit range” and JPMorgan Chase investment bank boss Daniel Pinto made the same prediction on February 25.

An insider at a European bank said executives typically left some headroom in their public statements, and that Citi’s numbers were probably 5 to 10 per cent higher than Mr Mason’s comments.

The biggest rises are expected in equities. An average of 9.3bn shares changed hands every day on US stock markets in February, the highest level of activity since December 2018, according to data from Sifma, the trade association, and market swings in March have been even more ferocious. One big US bank said it was regularly putting through twice its usual daily volumes in its cash equity trading division.

“Equity volumes have been ‘off the charts’ and the trading firms’ equity trading revenues will reflect the strength,” said Gerard Cassidy, analyst at RBC, who recently increased his first-quarter trading revenue forecasts for Bank of America, Citigroup, Goldman Sachs, JPMorgan Chase and Morgan Stanley.

Insiders at large US banks said they had been winning an outsize share of business because they had been able to use their balance sheets to make markets for clients when liquidity had been tight in public markets. Goldman Sachs chief financial officer Stephen Scherr said earlier this month that his firm had been deploying its balance sheet more.

“We’ll make liquidity for them in thick and thin,” said an equities boss at one of the banks, adding that “deeper pockets” also helped companies like his to “ride things out” if markets moved against them.

Within equities, cash trading, particularly over electronic platforms, was the strongest, bankers said, while equity derivatives was the weakest, hinting at potential issues for the French banks who dominate that space.

The year-on-year growth in equities revenues will also be flattered by a poor first quarter for the business in 2019, where banks posted declines of between 14 per cent (JPMorgan Chase) and 24 per cent (Citigroup).

Fixed income, currencies and commodities trading, collectively referred to as FICC, is set to post a more mixed performance. Sifma data shows bond market volumes also surged last month, with an average $650bn changing hands in the US Treasury market compared to a daily average of $593bn in 2019.

“The volatility that comes with changes in interest rates and foreign exchange rates is genuinely good for banks if it is well managed,” said an executive at one global bank. “I suspect a lot of banks will see a lot of activity in trading and that it will be quite a full quarter.”

Jason Goldberg, analyst at Barclays said that banks’ fixed income divisions could also show some damage from the coronavirus fallout, since some banks put losses on bridge loans and other credit facilities through their FICC units.

Devin Ryan, analyst at JMP, said banks would have to mark their fixed income inventory to market prices at the end of the month and could be left nursing losses.

The trading boom is at odds with the sharp fall expected in investment banking revenues, as fees from merger and acquisition activity and initial public offering fees dried up amid uncertainty about the depth of the economic downturn caused by coronavirus. 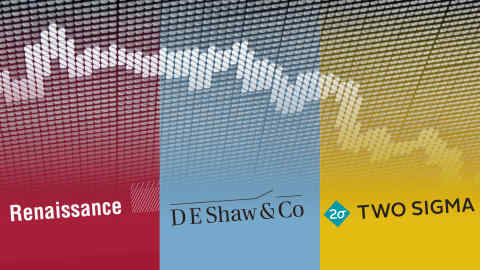 The KBW Banks index of US bank shares has nearly halved this year.

Even in the bright spot of equities trading, insiders believe the reprieve from coronavirus’ misery could be a temporary one. “Ultimately if the world deleverages you will get into the deadly calm after the storm,” said an equities boss at a large US bank. “People will not want to do anything.”

Additional reporting by Philip Stafford and Stephen Morris in London