Start a 4-week trial
How To Spend It  Photography

. . . and other initiatives to champion female photographers

Eve Arnold
“I would prefer photography to be a folk art – cheap and available to everybody, rather than elevated to mandarin proportions created through an artificial scarcity,” said the late photojournalist Eve Arnold, whose family has just released 15 of her prints as “affordable art” posters (£30). Arnold made her name snapping Hollywood’s glitterati, but equally recognised are her shots of “the poor, the old and the underdog”. In 1957, she became the first woman to be a member of Magnum. Standout works from the selection – which usually retail from £1,000 – include the Civil Rights Movement, a snapshot of 1970s Mongolia and previously unseen images of Marilyn Monroe, who trusted Arnold as her personal photographer for over a decade. evearnold.com

Hundred Heroines
This is the only UK charity dedicated to “advancing public awareness of women in photography”. As part of its mission, the organisation tracks down, preserves and celebrates archives that might have been forgotten or mislaid, which involves working with numerous estates, from Homai Vyarawalla, India’s first female photojournalist, to Hong Kong photographer Nancy Sheung. “It’s vital that the archives of contemporary women in photography do not end up neglected,” says founder Del Barrett, “and fundamental that the legacy heroines of tomorrow are not written out of history, as so many of their predecessors have been.” hundredheroines.org

Tish Murtha
1970s and ’80s Newcastle was the backdrop for social-documentary photographer Tish Murtha’s work chronicling the inequalities faced by working-class communities in the UK. Unlike many of her contemporaries, Murtha shared the same streets as her subjects, but little is known about the artist herself. Now, eight years after Murtha’s death, her daughter Ella is working with director Paul Sng on a documentary celebrating her work. “I’d like people to know who Tish Murtha was, and for her character to jump out of the screen the way her photos do,” says Ella. A crowdfunding campaign was launched this month to support the project, with production beginning in April if enough funds are raised. tishmurtha.co.uk

How To Spend It
Love Lee Miller? Here are a bundle of reasons to fall for the photographer again 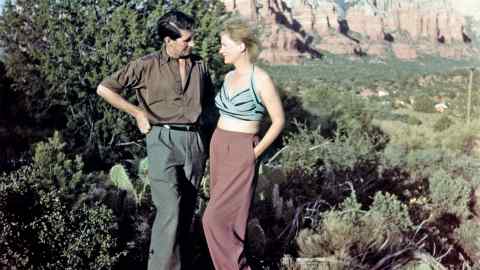