Investors want Serbia reforms that break through ‘wall of resistance’

Legacies of the past remain and are holding the country back, says EBRD regional chief
Zsuzsanna Hargitai

In recent years, Serbia has been among the most successful countries in Europe in terms of attracting investment. A combination of political stability, low costs, improving transport links with the EU and its neighbours, and strong human capital have put Serbia on the radar screens of many investors.

Before the coronavirus turned the world upside down, Serbia had enjoyed a period of successful economic expansion. Exceeding already high expectations, the economy grew by 5 per cent year-on-year in the first quarter of 2020. The pandemic put a drastic halt to this upswing, but even in the current turbulence Serbia looks well placed to emerge strongly.

Depending on the way you look at it — globally or regionally — Serbia is a small fish in a large pond or a large fish in a small pond. One of its sources of strength and energy is that, although it represents a relatively small market, it is located along a key logistics corridor between the ports of Greece, Turkey and EU markets to the north.

Today’s Serbia has embraced the concept of regional co-operation. This was evident in pragmatic steps like the so called “green lanes” measures in the western Balkans to facilitate the movement of freight across borders during the Covid-19 crisis.

It was encouraging to see the countries of the region respond quickly, decisively and successfully to the health emergency. Timely, well-enforced lockdowns and proportionate measures on domestic and international traffic were effective. The number of Covid-19 cases in Serbia and the region was kept below the levels seen in far richer and better equipped societies.

The price of the crisis will still be high. Not only in terms of the loss of life, but also the economic damage that the pandemic has caused. For Serbia, we expect a decline in GDP of 3.5 per cent in 2020 and a rebound of 6 per cent in 2021. Serbia — like any comparable country not already deeply integrated into the EU markets in economic terms — will be unable to deal with the immediate burden alone. But the country has strong fundamentals to build on.

Fiat is producing cars in Kragujevac and Siemens recently started building trams in the country. Last year Barry Callebaut, a leading world manufacturer of chocolate and cocoa products, laid the foundation for a factory in Novi Sad. The energy companies Enlight, Masdar and Taaleri began operating wind farms in 2019.

The country is also well placed for foreign companies considering “nearshoring” their suppliers and harnessing Serbia’s potential for information and communication technologies.

Serbia has become sophisticated in its promotion of external trade. In London, Düsseldorf and Paris, representatives of the country successfully make the case for why people should invest in Serbia.

But do investors feel equally welcome once they have set foot in the country?

Legacies of the past remain and are holding the country back. These include, for example, the lack of clear policy objectives and strategic decision-making for state-owned enterprises, and the absence of a level playing field in the enforcement of competition rules for all market players. Improved governance, including corporate governance of state-owned enterprises, could add as much as 2 per cent to GDP, according to the IMF.

It is here that the reform process is often hardest to implement — where political loyalties, vested interests and old structures might coalesce to form a wall of resistance on issues from transparent public procurement to recruitment in public administration. As a result, Serbia performs below levels it could achieve and many investors who might help the country make the next leap forward go elsewhere. Meanwhile, many of Serbia’s younger generations are drawn to opportunities in other countries, which benefit from their education and skills. After the recent decades of young people leaving their homeland, nobody in Serbia wants to see more such losses of vital talent.

Before coronavirus shut borders, it was already clear that the emigration of skilled labour from Serbia had to be reversed. It can be done. Through, for example, improved vocational training by involving private companies in the design of curricula; through providing scholarships, internships and on-the-job training to increase opportunities. Such measures also attract investment and, as an investor and policy adviser, the EBRD is a leading advocate of them.

We are doubling credit lines and trade financing for small and medium enterprises. Our funding is also helping to build key infrastructure, for example, the modernisation, under public-private partnership with the French construction group Vinci, of Belgrade’s Nikola Tesla airport and its expansion into a regional hub.

Looking beyond the Covid-19 crisis, our foreign investors and local corporate clients remain committed to such investments. This signals that Serbia has not only become attractive to private investors but will remain so, when it is needed most.

The writer is regional director, western Balkans, and head of Serbia, at the EBRD 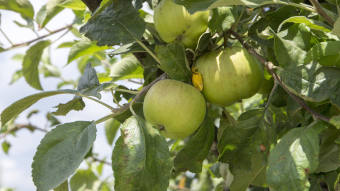