Brexit to blame and leader was a victim of 4 years of attacks, NEC hears

Labour’s official report into its worst electoral defeat for 80 years has exonerated leader Jeremy Corbyn, saying it would be “unrealistic” not to blame the result on Brexit.

The report was circulated on Tuesday at a meeting of Labour’s ruling national executive committee (NEC) as election co-ordinators Andrew Gwynne and Ian Lavery gave a verbal presentation about the election result.

The document concluded there was “no easy way for Labour to address the Brexit issue” given how it divided voters, according to party officials who have seen it.

The authors briefly considered the possibility that Mr Corbyn’s leadership and radical manifesto could have played a role in the epic defeat. But they said this was not the case, arguing neither had been a problem in the 2017 general election, when the party made large electoral gains. “It is unlikely that radicalism per se was the problem in a country looking for change,” the report said.

Mr Corbyn, far from being a weak or divisive leader, was instead the victim of four years of unrelenting attacks on his character, they wrote. This was an “assault without precedent in modern politics”, they said. 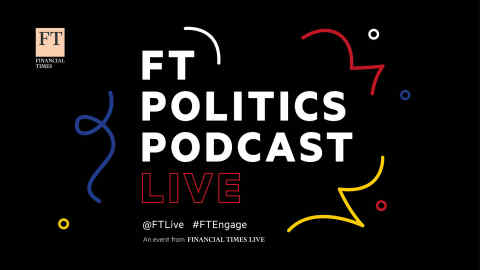 The authors also criticised senior party figures who had moved Labour into a position of backing a second referendum on Brexit. Although they are not named in the report, some of Mr Corbyn’s allies have previously blamed figures including John McDonnell, shadow foreign secretary Emily Thornberry and shadow Brexit secretary Keir Starmer.

The report said that the referendum policy was designed to reach across the Brexit divide but in this it was “unsuccessful” because it branded Labour as a mainly “Remain party . . . even before a number of senior shadow cabinet members publicly committed themselves to campaigning for Remain”.

Meanwhile, the report suggested that losses were influenced by other long-term factors. In former coalfield areas, for example, Labour’s share of the vote had been declining for the last six elections — with the exception of 2017. “There are long-term issues at work here, reflecting economic, social and demographic change,” the report said.

The NEC report did not entirely shy away from criticism of the leadership, suggesting in retrospect that “too many policies” were launched on a daily basis. But Ian Murray, a centrist MP who is standing for deputy leader, said people seeking continuity were asking the wrong questions.

“The starting point for any analysis of why the election was lost is that from John O’Groats to Land’s End, the biggest impediment to the party was the leadership of the Labour party,” he said. “If the leadership keep their heads in the sand it won’t resolve the problem.”

A group called Labour Together is conducting its own review of the election result and is unlikely to be as generous to Mr Corbyn.

Separately, the NEC members were shown an analysis of the party’s community organising efforts by Karie Murphy, who led the day-to-day election campaign.

The data showed the extent to which “contact rates” with voters did not translate into Labour seizing any seats — apart from Putney in London. In Colne Valley, for example, the party made contact with 12,878 voters — up from 5,957 in 2017 — but the seat still switched from Labour to Tory. Likewise in Hendon, the contact rate soared from 1,591 to 27,012 but this did not translate into success.

Video: Who will win the Labour leadership race?