Sign up to myFT Daily Digest to be the first to know about Oil & Gas industry news.

If Gretchen Whitmer, governor of the US state of Michigan, gets her way, a 1,000km oil and gas pipeline called Line 5 will soon be closed — potentially resulting in thousands of job losses across the border in neighbouring Ontario.

Whitmer is concerned that the 70-year-old cross-border pipeline could leak in the environmentally sensitive Straits of Mackinac. She has called Line 5 a “ticking time bomb” that threatens the world’s largest group of freshwater lakes.

But closing Line 5 would hamstring Ontario’s fuel supplies as the pipeline carries 540,000 barrels of crude oil and liquid natural gas every day, through the neighbouring US state of Wisconsin. It also supplies jet fuel to Toronto airport and is a vital link in a network that transports “oil sands” crude from west to east Canada, via the US.

Line 5’s situation is not unique. A string of pipeline projects on both sides of the border have been threatened, or scrapped, over environmental concerns — causing oil executives, workers and some politicians to lament the end of the “mega pipeline” era.

And this trend, combined with the global energy transition, is prompting the industry to reassess how hydrocarbons are transported.

Canada’s oil sands have long been the bête noire of climate groups because of the energy-intensive process required to extract the crude. So, in an effort to slow climate change, and encourage the adoption of cleaner energy, activists have begun targeting the closure of pipelines — using the courts and harnessing the support of indigenous groups and private landowners.

“Which [oil] company is now going to say: ‘We want to build a big pipeline’, in the world that we live in?” asks Richard Masson, an executive fellow at the University of Calgary’s School of Public Policy.

US president Joe Biden recently cited environmental reasons for rescinding a permit for the Keystone XL pipeline, which would have carried Albertan oil-sands crude to US Gulf Coast refineries. And, last year, an $8bn Atlantic Coast natural gas project was cancelled after legal uncertainty led to ballooning costs.

Similarly, the Trans Mountain pipeline expansion connecting Canada’s oil sands to Pacific ports in British Columbia faced the threat of cancellation — until the government purchased it, for C$4.5bn, from Kinder Morgan amid investor uncertainty over delays.

“If the federal government hadn’t bought that pipeline, the crisis would have been really epic,” says Masson. “If we land-lock the province (Alberta) with a product that the world needs and the ability to produce it, where does that get you?”

In the case of Line 5, if mediation between Enbridge, the Canadian operator, and Michigan fails — meaning the pipeline has to be closed — Ottawa could resort to an expensive and polluting network of trains, lorries and barges to move oil sands crude east.

“Trucking of oil, barging of oil makes it even more environmentally at risk and it would increase the cost to the refiners, which would be passed down to the consumers,” says Phil Skolnick, analyst at brokerage Eight Capital.

For these reasons, oil companies say pipeline cancellations are economically harmful and unwarranted. They have also been addressing emissions concerns. Between 2000 and 2018, oil sands emissions per barrel fell 36 per cent, according to the Canadian government, due to technological and efficiency advances.

In June, Canada’s five largest oil producers pledged to cut carbon emissions to net zero by 2050, but based on carbon capture — a technology criticised by green groups because it might only serve to extend the world’s dependence on fossil fuels.

“The Canadian oil and gas sector is the largest investor in clean tech by far of any other sector,” points out Eric Nuttall, partner and senior portfolio manager at Ninepoint Partners, an investment group.

Some of its companies are working on other transport solutions. Gibson Energy, an oil infrastructure company, is constructing a plant in Alberta that would allow bitumen from the oil sands to be carried in its thick, sticky form on trains, reducing chances of a leak. Elsewhere, Canada’s largest railway and Wapahki Energy, an indigenous-owned transportation company, are producing spill-proof solid bitumen “pucks” that can sit in railway cars.

Such innovation is good news for the oil-rich province of Alberta, which is recovering from a recession set in motion by the post-2014 oil price crunch and a lack of pipeline capacity, which caused a glut of oil-sands crude. Between 2017 and 2018, shipments from Alberta by train to ports and refineries across the continent doubled.

That trend has been matched by some of the sector’s biggest players, who are seeking both to drive down costs and emissions and branch out into renewable energy. Since 2002, Enbridge has invested C$7.8bn in renewable energy projects, sufficient to power most homes in Alberta, the company says.

Oil producers are also experimenting with biofuels and renewable natural gas. In May, Suncor Energy, a Canadian oil producer, and logistics company ATCO announced they would build a 300,000 tonne-per-year hydrogen plant in Edmonton, which could power refineries and trucks.

Even with Trans Mountain and Line 3, a pipeline from Alberta to Wisconsin, due to come online in the coming months, this kind of diversification is sensible for oil sands producers. Environmental groups seem determined to keep closing pipelines and pressing political leaders to rethink the role of oil.

“There are still more pipeline battles ahead, and we just need to keep winning them,” says Gretchen Fitzgerald of the climate group Sierra Club. “We can never be complacent.” 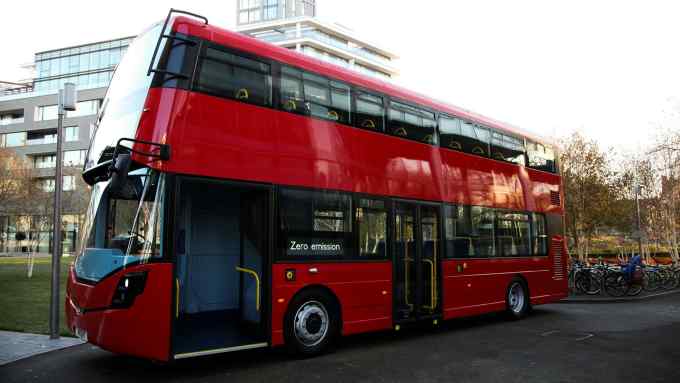