Commerzbank is experimenting with artificial intelligence technology that automatically generates sports reports to see if it can write basic analyst notes, as Mifid II forces banks across the world to trim research costs.

The German bank is working on the project with Retresco, a content automation company in which it invested two years ago through its fintech incubator unit.

The project is still at an early stage and could take years to produce reports that banks would be happy to send to their clients, but the notion of AI replacing human research analysts is already attracting attention from senior bankers.

“There’s definitely work that can be done, parts of the [research] process that can be enhanced by algos and AI tools,” the head of one investment bank told the Financial Times, describing earnings reports as something that “should be robo-written”.

The Europe head of another investment bank said research was an area that was rife for automation over time, while analysts at several other banks said their managers were experimenting with AI and automation applications.

The FT ViewRobotics
When robots write the editorials, all will benefit 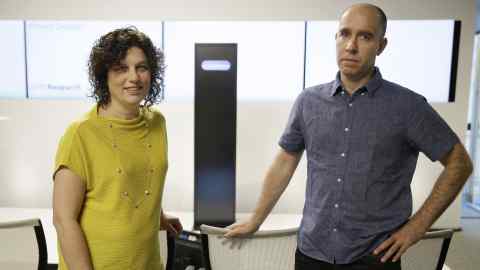 Banks are under fierce pressure to cut the costs of producing research on stocks and bonds following the implementation in January of European investor protections known as Mifid II.

The measures force investors to pay for research explicitly instead of bundling its costs into trading commissions. Some firms say their implied research revenue has fallen by as much as 30 per cent as a result.

Equity research on companies’ earnings is one of the areas that Retresco and Commerzbank have been focusing on after they analysed the bank’s warehouse of research reports and the data behind them.

That makes it easier for a machine learning programme to extract and contextualise relevant data, which can be then framed in a report using natural language processing tools. Retresco’s original business uses similar technology to write soccer reports in Germany.

Mr Spitz said the technology was already advanced enough to provide around 75 per cent of what a human equity analyst would when writing an immediate report on quarterly earnings.

“If it is related to much more abstract cases, we feel that we are not there yet — that we can or maybe will ever replace the quality of a researcher,” he added. Bankers say regulatory demands for oversight on research publication could also protect humans in research jobs.

Mr Spitz said the timing of its deployment would be a business decision and that it was “too early” to say when it could be implemented.

Many banks are eager to find ways to cut budgets, however. “In equity research, I think there will be more change to come,” said the first investment banking executive. “If the prices that the asset managers are paying are reflective of the volume of research [they want], there should be a lot less sell side research.”

Get alerts on Commerzbank AG when a new story is published