We use cookies (opens in new window) for a number of reasons, such as keeping FT Sites reliable and secure, personalising content and ads, providing social media features and to analyse how our Sites are used.
Manage cookies
Accept & continue
The Art of Fashion SS19
See all 8 stories
Style

Simone Rocha became obsessed with the artist Louise Bourgeois as a student. She tells Aimee Farrell why she still feels so connected to the woman — and her work

If you want to cut to the heart of Simone Rocha’s vision, you’ll find it pinned to the wall of her Regent’s Canal side office. Here, alongside postcards of Tudor queens and prints of the brace-wearing sisters who became the faces of Comme des Garçons’ AW88 campaign, sits a photocopy of Mamelles, a monumental relief by the late sculptor Louise Bourgeois that recalls Mount Rushmore in mamillary form. It’s a work that has directly informed the Irish designer, not least in her shop bags which look, “like little boobs”. Books on Bourgeois are stacked on her vast, oil slick desk; all part of an enviable collection on art and photography that runs into the thousands, and is stored between Rocha’s East London studio and nearby home. Much like Bourgeois, she’s a bit of a hoarder.

Rocha first encountered the work of the late French-American sculptor as an adolescent art student — and its impact still resonates: “I remember thinking it was very attractive,” she says of the “Stitches In Time” exhibition produced by the Irish Museum of Modern Art, Dublin, in 2004. The show featured a series of Bourgeois’ terry-cloth bodies suspended mid-air. “It was a little bit disturbing, but I loved that it was so strong yet classically feminine — all these female forms in pink, soft, fuzzy materials. It was the first time I’d seen textiles as sculpture and fine art — and that fascinated me.” She left convinced she’d become an artist, rather than follow in the footsteps of her father, the Hong-Kong born fashion designer John Rocha; and in the grip of an all-encompassing Bourgeois infatuation.

“I got slightly obsessed,” she says of her subsequent interest in the artist, who died of a heart attack, at the age of 98 in 2010. “I started to learn about how interwoven her life and practise were, and got really interested in the fact that she created these works that were so personal, and yet so powerful and relatable.” Rocha’s interest was especially piqued by the discovery of a photograph of Bourgeois with the designer Helmut Lang (the pair become friends after collaborating on an exhibition with Jenny Holzer at the Kunsthalle Wien, in Austria, in 1998). “She was in her eighties and wearing a pair of Reebok Classics,” she says. “I thought: ‘This woman is just so cool.’”

There are unmistakable parallels between the women’s lives. Both grew up immersed in the world of textiles. Bourgeois, who was born on Christmas Day, 1911, was the daughter of parents who ran a tapestry gallery in Paris. The family moved to Choisy-le-Roi to set up a workshop dedicated to tapestry restoration when Bourgeois was only two; her earliest memories were of her mother mending and washing historic fabrics, with the young Bourgeois doctoring any gaps (or obscenities) in their sceneries.

Rocha was raised in 1980s Dublin, “mucking about” with mates on the city’s streets, and similarly immersed in textiles. She remembers knitting and stitching cloth as a child, and was helping at her father’s eponymous brand from the age of 10. She’s been attending fashion shows since birth. “I’d never compare myself to Bourgeois,” she says, “but I felt so connected.”

Bourgeois became the subject of Rocha’s student thesis on art and dress, and the inspiration for her BA fashion collection when she graduated from Dublin’s National College of Art and Design in 2008; she spent weeks hand-crocheting one particular spider-web dress in a sartorial homage to Bourgeois’ most powerful maternal theme. “This is a much more refined situation,” she says, gesturing to the studio rails filled with similarly-inspired looks. Designed for her upcoming AW19 collection, the clothes are a full-force return to the same arachnid motif, featuring acres of tulle, with gossamer trails, hand-stitched in tinsel thread, and cobwebbed knee-high socks, each pair created on an old-fashioned knitting machine.

“Spiders are unavoidable when it comes to thinking about Louise’s work,” says Rocha. When compiling this latest homage she was thinking about notions of privacy and intimacy, both concepts that lead her to the very personal fabric works of Louise Bourgeois’ later life. “I’m interested in the fact that they’re sculptural, with the quality of a tapestry, but made from her own clothes,” she explains, pointing to an image of a gingham-clad figure in Germano Celant’s book Louise Bourgeois: The Fabric Works. Seated on the floor, arms crossed protectively over bent legs, the figure, clad in “terry-cloth materials”, taps into Bourgeois’ belief that clothes are an armour against the cruelties of the world. In Rocha’s hands these distinctive red checks take on the form of a swingy, silk taffeta dress coat, its lines manipulated to form web-shapes on the sleeves and chest.

“It’s exploring the idea of clothes as a canvas,” says Rocha of the looks, which are a study in her design process: she works separately on creating the fabric designs only to merge them with their corresponding silhouettes at the final moments. “I found that Bourgeois’ creations worked best on a big canvas. They need lots of space to breathe. So lots of the pieces using her prints have lots and lots of cloth.”

Bourgeois-like touches soon become apparent; a series of hand-worked ribbons that are layered on to looks, a lustrous black satin dress coat, with matching bag is rouched and gathered to replicate the bulbous, craggy forms paraded in Bourgeois’ 1978 work, A Banquet/A Fashion Show of Body Parts. This early collision of catwalk and performance art saw Bourgeois drape students and art historians in white sheets hung with anatomical sculptures. “Everyone wore these big phallic shapes. It was all a bit camp and funny. But I wanted to see how we could manipulate those shapes — not out of fibreglass — but by playing with fabrications,” says Rocha of the technique. The same construction is repeated in a lovely silk jacquard wallpaper print.

Much like Bourgeois’, these creations combine strength with fragility, and sensual femininity with a strong, offbeat brand of beauty. It’s Bourgeois’ art brought to life through the prism of Rocha’s rich womanly vision. “I wanted to play with the idea of exposing the female form,” says Rocha referring to the personal nature of Bourgeois’ fabric series. Dresses have trench details (a nod to that coat’s pervier connotations as a flasher’s mac) and skirting is unbuttoned to feel as though it’s falling off the body. The collection is a nod, too, to Bourgeois’ prolific Cell series — architectural mesh cubes that were hung with her clothes and underwear (their forms are replicated in Rocha’s Mount Street store).

Such a sensitively executed collaboration is borne both out of Rocha’s close relationship with her material, and with the Easton Foundation, which works to preserve Bourgeois’s legacy. Soon after the artist’s death, Rocha took a tour of Bourgeois’ apartment with Jerry Gorovoy, the longtime friend and former assistant who runs the Bourgeois estate. The pair have since collaborated on a series of projects, including one for Printed Matter, released to mark the opening of Rocha’s London store, and the creation of an unofficial gallery space in Rocha’s New York store, where visitors can currently see a panelled series of intimate, crimson Lullaby tapestries, and a suspended bronze of a male appendage, titled Janus Fleuri. Both works are on loan from the foundation.

Rocha’s fascination with Bourgeois doesn’t end there. This May sees the release of artist edition Simone Rocha jewellery inspired by Bourgeois’ suspended sculptures (specifically, Spiral Woman, 2003 and Untitled, 1995). Produced in collaboration with Hauser & Wirth, they will be sold in those galleries and in Rocha’s own stores. “Bourgeois made these amazing tapestry sculptures of suspended bodies,” says Rocha of the designs which echo the artist’s sculptural silhouettes in simple gold outlines. “I wanted to recreate that suspension in something that could be worn. Earrings were the obvious choice.

“I’m attracted to art that has a lot of strength or weight behind it,” says Rocha of her continuing fascination with the artist. “Even though Bourgeois’ work is very delicate it has so much power. It’s the same with Rachel Whiteread and Roni Horn — her glass sculptures look tranquil but they weigh a ton.”

Rocha calls her project with Hauser & Wirth “a collaboration from the grave — which is a really morbid description”. What would Bourgeois have made of her efforts? “She’s probably spitting down at me,” smiles Rocha. “But, in the end, I respect those artists, like Bourgeois, who aren’t people pleasers. What’s important to me is that this is seen as a collaboration and a mark of respect, rather than a retrospective.” 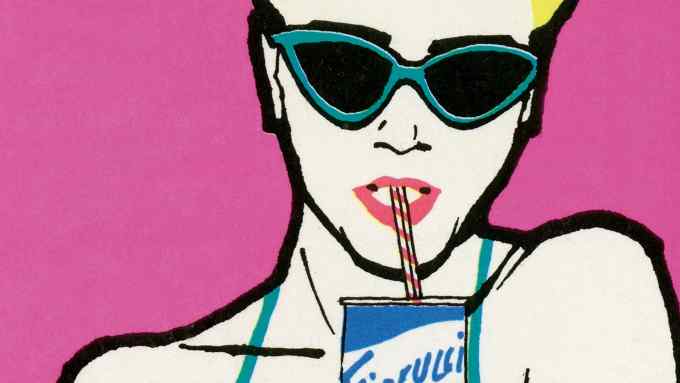