Ten of trillions of dollars are expected to cascade down to the next generation over the next 25 years. Yet many Americans appear to be as unprepared as the musicians Aretha Franklin and Prince, who were widely reported to have died without wills.

Writing a will is a clear help in ensuring the smooth transfer of people’s wealth to their heirs. However, six in 10 American adults do not have a will, according to a recent survey conducted by Princeton Survey Research Associates International.

“Most of the time, there’s just no sense of urgency to get this done,” says Christopher Cooke, the Indianapolis-based partner at Cooke Financial Group, which is part of Sanctuary Wealth Partners.

Unless people have a serious illness, the prospect of death tends to feel remote, so people delay preparations for passing on their wealth, says Mr Cooke.

“Since people don’t think they’re going to die this week, they put it off to the next year and then the next,” he says.

Aside from wills, the preparation of trusts, powers of attorney and health proxies are also important considerations for many clients in planning for old age and mortality. Nearly 45m US households will have about $68tn available to transfer to their heirs and charities over the next 25 years, according to calculations by Cerulli Associates published last November. That estimate is based on analysis of the US Federal Reserve’s survey of consumer finances conducted in 2016.

About 88 per cent of that total is likely to be passed on to heirs and the rest distributed to charity, according to Asher Cheses, a Boston-based analyst at Cerulli.

Generations Wealth Management, part of Ameriprise Financial, specialises in financial planning between the generations. It aims to “plan ahead for the unexpected” and ensure an efficient transfer of wealth, according to its Virginia-based chief executive Kim Luu-Tu.

She says her parents, who moved to the US in the 1980s, “worked hard, sacrificed and took risks” to give her and her five siblings opportunities in life. So the importance of being a caretaker of her clients’ wealth for the next generation is not lost on her.

Ms Luu-Tu describes herself as the equivalent of a “quarterback” in American football, by helping direct different professionals such as lawyers and accountants who also have a role in planning transfers of wealth.

By asking more probing questions about a client’s aims in passing on their fortunes and the circumstances of any heirs, she aims “to make sure advice is co-ordinated” with the other professionals.

Ms Luu-Tu says she also serves as a bridge between her clients and their children — sometimes advising them together and sometimes separately without breaching confidence, depending on the arrangement the families prefer.

Some clients do not want to be too transparent about their finances with their children, especially if they are still in school or just starting out in work. They fear the children are “simply not going to be motivated to go back to school and will become a couch potato” if they know they are in line to receive a significant windfall of assets, says Cerulli’s Mr Cheses.

Inheritance
How to talk to your children about money 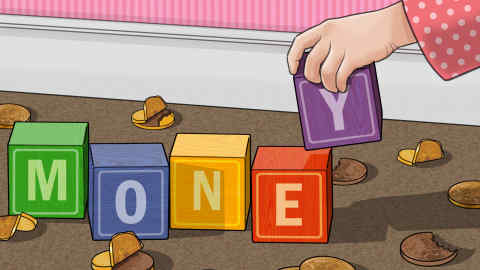 “We had clients who were on their deathbeds before they involved their children because they just didn’t want to divulge their finances,” Ms Luu-Tu says. It is precisely because of such experiences that she is keen to explain to clients the importance of ensuring that wealth transfer plans are set.

For these advisers, building a relationship with their client’s children — whether teenagers or adults — is critical to the wealth transfer process. “It’s crucial to include the children so that they also understand the wishes of their parents and the duties that they might inherit together with the wealth,” says Mr Cooke.

The company also conducts weekend family retreats where the parents’ finances and wealth transfer plans are discussed. These retreats are typically held in a “very laid-back” setting in the client’s home and are designed to give clients’ children some sense and appreciation of their parents’ finances, the complexity of transferring fortunes, especially when there are other entities or partnerships involved, and prepare them to eventually take on that wealth.

Deborah Stavis, Houston-based chief executive of Stavis & Cohen, says discussions can also include plans for private foundations or charitable donations. “Our clients don’t just want to transfer their wealth to their children,” she says. “They want to transfer values.”