Artist Eva Rothschild: ‘The work is doing the thing that language can’t’

Ahead of representing Ireland in Venice, she talks about sculpture, nationality and the serious business of making art

When Eva Rothschild greets me at the door of her studio in east London, she looks the picture of health: sleek pixie crop, clear skin and designer glasses. Her greeting is a flurry of apologies for being so ill — she has flu — but she’s adamant that we go ahead because she is super-busy and soon she will fly to Venice, where she is representing Ireland at the Biennale. And in truth, even with a temperature, Rothschild, who was born in Dublin in 1971, is more lucid than most.

As she leads me on a tour of the studio, here and there among the orderly clutter of drafting table, tools and anonymous boxes stand clusters of mystifying objects, small, black, chiefly cylindrical, their smooth skins repelling inquiry. When Rothschild leads me into the “casting area”, these baffling forms multiply. Lined up on workbenches, this abstract mafia embodies minimalism at its most secretive and intriguing.

Such teasing silence is de rigueur for Rothschild’s art. After completing an MA at Goldsmiths, London in 1999, she made her name with sculptures whose controlled forms, often with highly finished surfaces, stamp them as the offspring of 1960s minimalists such as Carl Andre and Donald Judd.

Over the decades, her solo shows in public institutions have included the Kunsthalle Zürich (2004), Dublin City Gallery The Hugh Lane (2014), the Hepworth Wakefield (2011), and the Australian Centre for Contemporary Art in 2018. In 2009, she won the annual Duveen Commission at Tate Britain and responded with a stunning, spiky black line that swooped through the neoclassical galleries like an ink drawing come to life.

Yet the Venice pavilion is Rothschild’s biggest challenge to date. Although she is supposed to keep schtum about her plans, she’s happy to reveal that the black objects are the building blocks for her Italian adventure.

“Hmm, I didn’t realise how many there were,” she says, a note of puzzlement belying the reality that, though she casts with the help of assistants, she is au fait with every aspect of her practice.

Made like many of her sculptures from Jesmonite, a gypsum-based material in an acrylic resin, the forms are cast in silicone moulds. “They’re kind of like a family,” she continues, stroking one fondly. Not for the last time, I am struck by the paradox between Rothschild’s warm, communicative personality and the reticence of her art.

As we settle either side of her drafting table, she opens the window wider on her Venetian world. Resident in the last space in the Arsenale, she’s happy with her slot. “It’s not a big space . . . but it’s quite airy, quite bright, which is good because I want a sense of lightness within.”

As for the work itself, she discloses that her Venice sculptures are “sizeable” and that “generally, they take on the format of accumulated objects which runs throughout my work”. The Jesmonite infantry is starting to make sense. She explains that her hope in Venice is to create “a sense of entering into a sculptural environment, so there’s no sense that you are being told something but rather that you are with something”.

Her words encapsulate work whose eloquence resides in its refusal to boom out any obvious message. “I love talking about [my art] but the work is doing the thing language can’t do,” she observes. “Otherwise I wouldn’t make it.”

At times, her predilection for fashioning materials such as leather and fabric into objects freighted with dark connotations — “Knock Knock” (2005), owned by Tate Modern, resembles a multi-lashed whip — has seen critics read a certain underground vibe, even kinkiness, into her vision.

“I’m not the least like that!” she howls, when I ask how she responds to such interpretations. Indeed, with three sons she seems the definition of a grounded, family-oriented working mum. Thanks in part, she says, to an “amazing, supportive” husband, she works continuously. In general she keeps daytime hours, but thinks about art “all the time, mainly when I’m going to sleep”, and when she’s busy she comes into the studio “at weekends and at night”.

I love talking about my art but the work is doing what language can’t. Otherwise I wouldn’t make it

The gravity with which she takes both life and work — “it would be absurd to do this kind of making with a level of irony,” she says of her decision to cast 1,500 of the Jesmonite forms — makes her the antithesis of her jester peers such as Damien Hirst and Sarah Lucas.

Our conversation travels through politics — in Venice she will create a “breeze-blocky” wall inspired partly by the anti-terrorist barriers now planted around London — “the Davos bubble” that was occurring in the same week as our encounter and which Rothschild was happy to see “punctured” a little; and Bono’s charity work. “He gets a really hard time. But he’s earnest and I have a real respect for earnestness.”

By the end, I have respect for Rothschild partly for her integrity, and partly because she is still talking sense despite her rising temperature and the fact she has swallowed a small pharmacy of anti-flu medication.

We bid each other goodbye and decide to catch up when she is feeling better. By the time I call her, Rothschild is in Venice, installing her show. “It’s looking good,” she says, having left the Arsenale’s medieval chamber to talk to me. The location works even better than she had hoped because “my work doesn’t do anything except be sculpture” and the space, at the far end of the building, gives a “sense of stoppage”.

As for representing her country, Rothschild is amusing yet perceptive on the way that the Venice Biennale demands its artists take on a national identity almost as if they were sportspeople. “You go: ‘Oh yeah, I’m Ireland’ or ‘I’m doing Chile’ . . . and it becomes a way of locating yourself within this weird kind of map for the next six months.” Yet as artists are inherently “individualistic”, the experience plunges them into paradox. “It’s about asserting your artistic vision as opposed to . . . your nation’s narrative.”

As someone who hasn’t lived permanently in her birth land since 1993, she admits she has “a different relationship” with it from more rooted residents. But she takes pains to point out how connected she still feels to Ireland, returning six or seven times a year and showing there “regularly and determinedly throughout my career”.

As for her art, she says “no Irishness [has been] foisted” on it. But, serious to the last, she adds that “the idea of the work representing the country in itself does feel quite like an honour”. 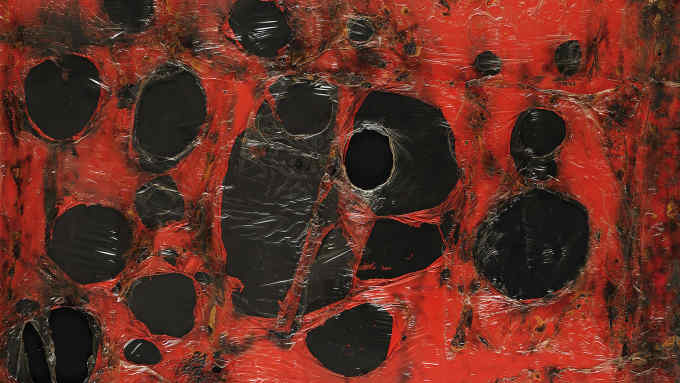