Just before the coronavirus lockdown reached Hong Kong in January, Imke Wouters, a partner at Oliver Wyman, had flown to New York for training, leaving her five-month-old son behind. Two months before, the consultancy had introduced an initiative to help travelling mothers ship breastmilk home.

“I was so happy because I was still breastfeeding — I could take it back with me or ship it,” says Ms Wouters.

In the end, as it was a short trip, she got it packaged to take on the return flight, thankful not to have wasted it. “It’s the small things that show the commitment of the company that have been valuable for me,” she says.

Not all of Ms Wouters’s professional peers have such positive experiences. The world’s largest consultancies are prominent advocates for diverse leadership teams, yet many have a persistent gender gap in their own senior ranks, with women in China facing particular challenges.

To help close the gap, understanding and providing what working mothers need to make their lives easier is crucial. Obstacles include lack of flexible working, long hours and travel demands, which are cited as the main reasons women leave management consultancy jobs before reaching leadership roles.

“People burn out — women in particular just get fed up,” says Brenda Trenowden, global co-chair of lobby group the 30% Club, and a partner at PwC in London.

However, with the Covid-19 pandemic prompting mass homeworking, the move towards more flexible working at consultancies is likely to be accelerated, she says.

“I’ll be on a client call and the client’s child will wander into the background, or you see the husband or wife walk by,” says Ms Trenowden. “It’s making people realise that we have other priorities.”

In China, where working from home is not common, this could kick-start significant change. “Now they are forced to, so I think that will make a difference,” says Ms Wouters.

“Hong Kong has some of the longest working hours in the world. We have a culture of presenteeism, which values face-time in the office over output,” says Fiona Nott, chief executive of The Women’s Foundation and head of the Hong Kong 30% Club.

The territory still lags behind some other Asian markets in terms of gender equity, says Ms Nott. Thirty per cent of women drop out of work to look after children or elderly parents, while 40 per cent do not enter the workforce due to “household duties”.

Even where there is flexibility to work from home, “the care burden still falls disproportionately on women”.

Xing Zhou, PwC’s diversity leader for China and Hong Kong, interviewed working mothers at the firm and found that they faced different challenges. While childcare in both China and Hong Kong is provided by maids or grandparents, parents in mainland China would struggle if the child became sick.

“In China we have public hospitals, and it’s difficult if you want to see a good doctor,” says Ms Zhou, due to long waiting times. The firm now provides online consultations with doctors and help with securing hospital appointments.

In Hong Kong, while it is easier to see a doctor, Ms Zhou found that female employees faced more mental challenges due to cultural pressures, prompting the firm to offer online psychological support.

“I ask myself what stops our female talent from demonstrating their full potential,” she says. “I want to help them, to give them solid support.”

In a study two years ago, more than 50 per cent of employers in Hong Kong said they would not hire women with children. “The culture in Hong Kong is more traditional than in mainland China,” says Ms Zhou.

To progress into senior roles, women need to demonstrate that they can handle important clients, says Ms Zhou, but clients’ management teams tend to be dominated by men, who have their own biases.

“Lots of clients expect to have a male leader on the major accounts,” she says. “If I go to see a new client with my male partner, he has to intentionally tell the client that I’m the leader, otherwise they will assume my partner is.”

“The struggle that many women have in consultancy is that you don’t have many role models, so you think it’s not possible,” says Ms Wouters, who has three small children. Before returning from maternity leave for the first time she agreed with the partners to work four days a week initially, and to limit travel.

A lot of women give up without going into those conversations, she says, but “companies need to send a clear message that they want to retain women and are keen on having the review”.

For Ms Wouters, it has been worth it. “You have so much flexibility over your own schedule when you get more senior,” she says. “As a partner or a principal you work on multiple projects, so you can schedule your own time better.”

“It is important for the younger generation to look up and see different role models,” says Helen Liu, a partner at Bain in Shanghai. When she had her first child, Ms Liu found it difficult to manage work and family life, so she spoke to the office head about slowing down for three months.

“Sometimes you struggle,” she says, adding that women should feel comfortable to step back and take a break if they need to.

The largest consultancies have targets to appoint more female partners, but progress is slow, says Ms Trenowden. “I see firms that spend a lot on programmes, unconscious bias training, not spending enough time on where their own problems are and analysing the data.”

Lin Jingxiao joined Deloitte in Shanghai two years ago after completing an MBA at China Europe International Business School (Ceibs). Aged 31, she hopes to stay in consultancy and become a partner.

She is inspired by the efficiency of female partners at the firm: “They set meeting times within normal working hours, before dinner. They will work in the evening after their children go to sleep.”

As lockdowns ease, she thinks the firm will adopt a combination of remote work and face-to-face communication.

“After this experience, there’s no real going back to what was ‘normal’,” says Ms Nott. Ms Trenowden agrees: “If the crisis can make us more bold and open-minded then that would be great.” 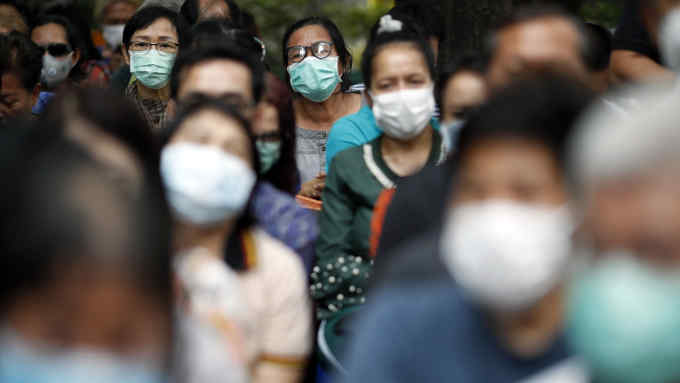