Economics is having a #MeToo moment. The profession has long lagged behind other social sciences, and even most hard sciences, in recruiting female students, faculty hiring and promotion. Female economists often face hostile teaching evaluations, more exacting reviewing processes by journals and less credit for co-authoring. A recent paper by Alice Wu of Harvard University also documented a particularly toxic culture of misogyny on an economics jobs website.

At this year’s American Economic Association meeting, several top female economists, including Janet Yellen, the former Federal Reserve chair, talked about their own struggles with gender bias and discrimination in economics.

But male economists, who held 72 per cent of US assistant professorships and 87 per cent of full professorships do not view the profession’s gender problem as seriously, as shown by a recent study that I conducted with Ha-Joon Chang of Cambridge university.

We used an online experiment to identify biases among economists from 19 countries. They were asked to evaluate statements from prominent economists on different topics, including the profession’s gender problem. In the experiment, the source for each statement was randomly changed without the participants’ knowledge. Some participants were told it was from a well-known mainstream economist, others were told the speaker was someone who is considered ideologically different.

We uncovered a strong ideological bias: participants were 7 per cent less likely to agree with a non-mainstream economist. For example, participants faced by a scathing comment on the current state of macroeconomics were 9.5 per cent more likely to agree if they thought it was from Lawrence Summers, ex-US Treasury secretary, than if it was from Yanis Varoufakis, the leftwing former Greek finance minister.

These strong patterns of biases actively contradict the image economists have of themselves: 82 per cent of those surveyed agreed that in judging a statement, one should only pay attention to its content not its author. On a positive note, female economists were 40 per cent less likely to be swayed by author names than their male colleagues, so the profession is likely to become less biased as it becomes more gender balanced.

However, we also found sharp differences between the way male and female economists perceive the profession’s efforts on gender equality. When faced with the statement “economics has made little progress in closing its gender gap over the last several decades. Given the field’s prominence in determining public policy, this is a serious issue. Whether explicit or more subtle, intentional or not, the hurdles that women face in economics are very real,” women were 26 per cent more likely to agree than their male peers.

Ideological biases make the economics profession ill-equipped to engage in balanced debates regarding politically controversial economic issues that characterise our time, such as inequality, austerity and climate change.

We found female economists exhibit less ideological bias to begin with and were able to set their biases aside when dealing with an issue that they had personally experienced. That suggests that solving the profession’s gender problem would be an effective way to address the broader issue of ideological bias.

The writer teaches economics at the University of British Columbia. Ha-Joon Chang of Cambridge also contributed 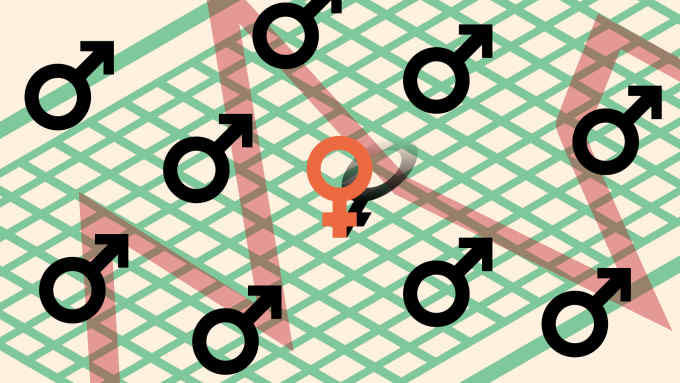