Facebook advertising chief worried about whether it overstated audience

Carolyn Everson, one of Facebook’s most senior advertising executives, said the company had to “prepare for the worst” over claims that it overstated the potential reach of its advertisements, according to newly released court filings.

The world’s largest social network has been fighting a class-action lawsuit in California since 2018 over claims that its figure for its “potential reach”, which told advertisers how many people saw their ads, included duplicate and fake accounts.

Facebook has argued that the numbers were only estimates and that advertisers are charged for actual clicks and impressions, rather than for the potential reach of an ad.

But according to filings in the lawsuit that were unredacted over the weekend, Everson, the vice-president of Facebook’s global business group, wrote an email in 2017 that said the metric “clearly impacted [advertisers’] planning”.

“We are going to get really criticized for that (and justifiably so),” she said. “If we overstated how many actual real people we have in certain demos, there is no question that impacted budget allocations. We have to prepare for the worst here.”

Two months ago, other documents in the case revealed that the Facebook product manager in charge of potential reach said in an internal email that the company had made “revenue we should have never made given the fact [the metric is] based on wrong data”.

Several other employees also complained internally about the metric, according to the filings unsealed in March, with one, for example, writing that the “status quo in ad reach estimation and reporting is deeply wrong”.

The new documents also showed Everson was apparently concerned that the public would conflate the inclusion of single users with multiple accounts in its potential reach metric with news at the time that Facebook had failed to clamp down on fake accounts that were part of a Russian campaign to disrupt the 2016 US presidential election.

Facebook said: “It’s clear these old emails are being cherry-picked to fit the plaintiffs’ narrative. They reflect a team being asked to work through a developing issue and then provide recommendations to leadership — nothing more. As we’ve always said, ‘potential reach’ is a helpful planning tool that advertisers are not billed on. We explain what it is and the factors that may influence its calculation in our ads interfaces.”

The lawsuit, which was filed in northern California in 2018 by a small-business owner, alleges that Facebook executives knew the potential reach figure was “misleading” and took no action to correct it in order to “preserve its own bottom line”.

It points to research showing Facebook had suggested potential reach in 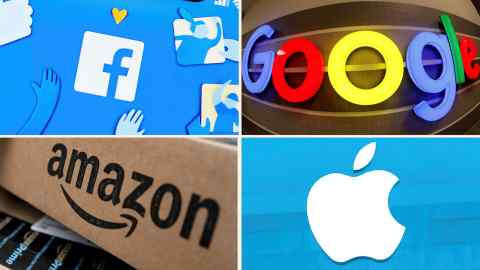 certain US states and demographics that was greater than the actual populations in those geographies.

A Financial Times investigation in 2019 found similar discrepancies in Facebook’s ads manager, an online tool to help advertisers build campaigns, even though the company made some changes to its potential reach definition earlier that year.

Parts of the filings had initially been sealed largely on the grounds that they were commercially sensitive for Facebook.

This article has been amended since publication to clarify that the concerns were focused not on Facebook’s reach metric but “potential reach”.

Get alerts on Meta Platforms when a new story is published