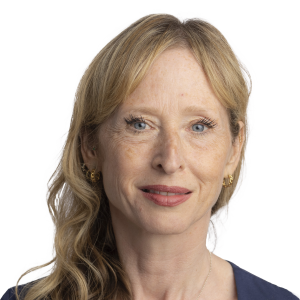 Sexual harassment has reared its revolting head, yet again.

Yesterday, the New York Times alleged Harvey Weinstein, the Hollywood producer, had harassed women, including the actresses Rose McGowan and Ashley Judd, and has reached financial settlements with eight women. Ms Judd claims the incident happened two decades ago. The film producer denies many of the accusations as “patently false”.

The reports came soon after widespread claims of unwanted sexual advances in Silicon Valley. And last year, the late Roger Ailes, the chairman of Fox News, was forced to resign after a number of sexual harassment accusations stretching back decades from the network’s female stars.

Hollywood, Mr Weinstein’s playground, has long been known for the casting couch — conjuring images of creepy lotharios preying on hot young starlets. But sexual harassment is not about men unable to resist beautiful women. It is about power and intimidation.

When the perpetrator is the boss — the person who sets the tone of an organisation, writes the rules, pays the wages and holds the keys to promotion — who would dare to call them out?

Yet, such cases are not solely perpetrated by Hollywood power brokers. A study of the UK workforce published last year by the Trades Union Congress with the Everyday Sexism project found almost a quarter of women have experienced unwanted touching (such as a hand on the knee or lower back).

Women tend to be harassed, men the harassers. A 2012, report by Eurofound, found women were almost three times as likely to be subjected to unwanted advances as men. Women are most likely to be harassed at work when they are in the minority, according to Vicki Magley, professor of psychology at the University of Connecticut, who has researched the subject.

Video: What's next for Weinstein

When stories come to light, people wonder why the victims waited so long to report the incident. The answer is that many fear retaliation if they complain. Or worry that they will not be taken seriously.

In one study, researchers asked women how they thought they would react if a male interviewer asked questions such as "Are you wearing a bra?". The women anticipated they would report the interviewer for harassment.

In fact, when the researchers then asked such inappropriate questions, it turned out, the women did nothing of the kind. Instead of anger, their overriding emotion was fear. “Anticipated behaviour did not mesh with actual behaviour”, the research concluded.

A usually assertive friend, well-read in feminist tracts, was surprised by her own reaction to being harassed — she kept quiet. She did not want to report the stream of lewd emails, texts, comments for fear of causing a fuss; she worried about whining when she only wanted to be known for her work.

To attract attention for the wrong things would be a career disaster, she reasoned. But also she blamed herself — she wondered if she had encouraged his behaviour. She confided in a female colleague who told her to ignore it. Another told her to put up and take it as a compliment.

Research has found that often women endure the situation, hoping it will go away, or they tell themselves it is not really important, that he did not mean it or that they must have encouraged it.

When cases come to light, those who have previously kept quiet might feel emboldened if there is safety in numbers. But they may also not even recognise persistent inappropriate advances as harassment.

Prof Magley has found that women do not necessarily label wandering hands or explicit comments about their appearance as harassment. This might be a coping mechanism, she posits.

“Women will say, this all happened to me but I haven’t been sexually harassed — if you don’t label it sexual harassment then you won’t report it."

But the outcomes are the same: "There is a negative effect on women who have been harassed, including a desire to quit their job.”

A few years ago, I spoke to a personal assistant about being sexually harassed by her chief executive boss. His modus operandi was to wait until everyone had left the office, then grope her. The only course of action, she felt, was to quit — so she did. Who would have believed her?

Today, perhaps, as more cases come to light, thanks to those stories coming out of Silicon Valley and the likes of Ms Judd, she may have felt more confident about speaking out.

Get alerts on Roger Ailes when a new story is published