We use cookies (opens in new window) for a number of reasons, such as keeping FT Sites reliable and secure, personalising content and ads, providing social media features and to analyse how our Sites are used.
Manage cookies
Accept & continue
The week’s best fund management articles
See all 40 stories
FTfm ESG investing

Climate Action 100+, the influential investor group whose 518 members include BlackRock and Pimco, has written to the world’s largest greenhouse gas-emitting companies to demand they put in place a “net-zero strategy” for 2050 or earlier.

The organisation, which represents investors with more than $47tn in assets, said it also wanted the 161 companies to set medium-term objectives to reduce emissions by 45 per cent by 2030 compared with 2010 levels in order to meet their net-zero target — which effectively means reducing overall emissions to zero.

CA100+ added that it would assess the progress made by each of the targeted businesses, which include Chevron, Rio Tinto and Honda, through a new benchmark that will be released in 2021.

The move comes as asset managers have become increasingly concerned that climate change could have a financial impact on their investments.

“Companies across all sectors need to take more ambitious action to ensure otherwise devastating impacts of climate change are avoided while they still can be,” said Stephanie Pfeifer, a member of the Climate Action 100+ steering committee and chief executive of the Institutional Investors Group on Climate Change.

Founded in December 2017, CA100+ has become one of the best-known investor initiatives of all time, achieving success at pushing companies from Royal Dutch Shell to Qantas to step up when it comes to climate change. The group focuses on the world’s biggest corporate emitters, as well as businesses with large regional emissions.

But CA100+ has faced criticism, including accusations that companies were using their dealings with the investor group to hide bad behaviour and shy away from concrete action.

In the letter sent to the chief executives and boards, CA100+ signalled it would get tougher. The steering committee wrote that net-zero strategies should include all emissions, including so-called scope 3 or end-use emissions — an issue many companies have been unwilling to tackle. It also called on the businesses to set targets to deliver emission reductions in line with keeping global warming to under 1.5C above pre-industrial levels.

It said its new benchmark would focus on issues such as whether companies have a net-zero ambition and clear targets in place to meet that, as well as whether a company’s capital expenditure is consistent with the goals of the Paris agreement to tackle global warming.

Mindy Lubber, Climate Action 100+ steering committee member and chief executive of Ceres, an investor group in the US, said the benchmark would “send a strong message to corporate boards and management that companies across sectors have already begun to make the shift to a net-zero emissions business, and it is time for the rest to follow”.

CA100+ said significant progress had been made in pushing companies to tackle climate change, with 50 of the businesses it targets having indicated they will aim to achieve net-zero emissions by 2050 or sooner — although not all of these included scope 3 emissions.

Mark van Baal from FollowThis, a group of shareholders that has filed resolutions at annual meetings to push oil companies to set net-zero targets, said the move was a “good step forward”, but added that he hoped it was followed by concrete action by CA100+ members.

“We hope they follow this up with votes [in favour of climate resolutions at annual meetings], as that is the only thing boards listen to so far.”

Explore the series
READ MORE
Is audit fit for purpose? 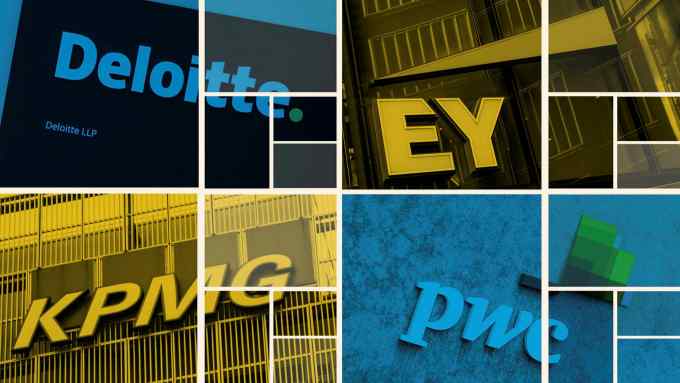