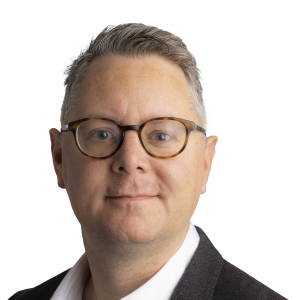 If “Rocket Man” and “The Donald” ever trigger a nuclear apocalypse between North Korea and the US, the only survivors will probably be cockroaches and financial indices.

The latter have certainly demonstrated a roach-like ability to proliferate. As a recent Bernstein report noted, there are now more than 1m indices but just 43,000 stocks — and that number is on the wane. While there are many more bonds, in reality the number of tradeable securities is much lower. “We can only watch with amusement and despair as people find new ways to arrange the same list of stocks,” Bernstein analyst Inigo Fraser-Jenkins sighs in the report.

Of course this isn’t as utterly mad as it first seems. There are also more colours than there are primary colours, or more books than there are words or letters. Many of these indices are simply different flavours of the same thing, such as different currency-denominated versions of popular gauges, or overlaid with an environmental screen. As Bernstein points out, the mathematical upper limit is stratospheric and there is in reality nothing inherently wrong in reorganising financial securities in a zillion different ways.

But a mushrooming number of indices is a symptom of one of the greatest revolutions to sweep over financial markets in recent decades: the rise of passive investing, which requires an underlying index to track. They range from simple size-weighted ones such as the S&P 500 or the Barclays Aggregate bond gauge, more complicated ones such as the MSCI low-volatility index of Steady-Eddie stocks, or niche ones such as the Catholic Values benchmark.

Analysts expect the exchange traded fund world will grow in size and diversity in the coming years. EY, the consultancy, this week forecast that the ETF industry will expand from about $4tn today to $7.6tn of assets by the end of 2020, and predicts that a majority of asset managers will enter the space in some form or fashion by then.

As a result, indexing has become a very profitable, if unsexy, industry. A bit like with software, once the initial product is designed by an index provider they scale with negligible costs, and that is licensed at fat margins. Moreover, they are natural monopolies with the biggest only growing bigger.

The swelling importance of indexing is amply illustrated by the share price of MSCI, the sole listed representative of the industry and up more than 400 per cent since going public almost a decade ago. MSCI’s average annual return of 17.6 per cent beats the S&P 500’s 5.8 per cent average yearly gain for the same period.

Indices also form a growing segment of revenues for exchange groups at a time when traditional trading income is under intense pressure. Burton-Taylor, a consultancy, estimates that market data and index revenues across the industry rose 5.6 per cent in the first half of the year to $2.8bn, accounting for nearly a fifth of all exchange revenues in the period.

If self-indexing catches on, it will just boost the number of gauges floating around even further and likely trigger more hand-wringing over their proliferation

Selling data feeds is a big part of that but benchmarks are certainly doing their bit. Last year, S&P Dow Jones Indices’ revenues rose 7 per cent to $639m, MSCI’s index revenues 9.8 per cent to $613.6m and FTSE Russell’s revenues 17 per cent to £409m.

Underscoring the appetite for steady index-licensing income streams, several exchange groups have been buying any benchmark providers for sale, especially in fixed income, where most of the major benchmarks were traditionally controlled by big banks.

However, a passive investment price war is bleeding into a nascent index war. Big asset managers that sell ETFs are growing increasingly frustrated with the costs of licensing the underlying indices at a time when many are slashing their own prices, leading many to shift towards “self-indexing”.

For example, State Street this month slashed the fees on 15 ETFs in response to stiffer competition from BlackRock and Vanguard but to save money it decided to create its own indices for three ETFs rather than use those licensed by FTSE Russell. Industry insiders expect this trend to accelerate, with some so upset by the costs of indices that they have floated some kind of industry co-operative to take on the behemoths of the benchmarking industry.

Of course, if self-indexing catches on, it will just boost the number of gauges floating around even further and likely trigger more hand-wringing over their proliferation.