Death of a car salesman: subscriptions disrupt the forecourt

Carmakers seek out different models to appeal to streaming generation

The Volvo stand at the Los Angeles Auto Show in November had an unusual feature — not a single car was on display.

In a hall crammed with the latest models, polished and gleaming, the booth had none of the Swedish carmaker’s vehicles, but instead directed bemused delegates to its website.

The stunt was intended to promote the Chinese-owned company’s new subscription service, aimed at potential customers who have grown up streaming music and films. “Care by Volvo: subscribe, don’t buy,” read the banner.

Customers pay a monthly fee that includes insurance, servicing and repairs, as well as allowing them to temporarily switch the car for another model. Similar pilot programmes have been launched by rivals Porsche, Jaguar Land Rover, BMW and Mercedes.

Carmakers, like other sectors, are grappling with the rise of the post-ownership era — one in which consumers are content to subscribe to products rather than own them outright. This has already disrupted the once-comfortable worlds of music and entertainment with the coming of streaming services Spotify and Netflix.

Of all the trends sweeping the auto world — from electrification to self-driving cars — the rise of subscriptions is the one that threatens to upend a business model, honed over a century, of developing a car and selling it to motorists who replace it periodically.

Car ownership is waning in many major cities, coupled with rising urbanisation. Young people are learning to drive later, if at all. Even the way that traditional car owners buy their vehicles has changed, with bank loans being replaced by car finance options based on a car’s depreciation. Now, a loosening of ownership ties is coming from the expansion of traditional car rental into bespoke subscription services.

Volvo predicts that, by 2025, half of the cars it makes will be diverted to its subscription product line. Consultancy McKinsey forecasts that, by 2030, more than half of revenues from the car-based mobility sector is going to come from “disrupted” business areas such as autonomous cars, ride-hailing and smart insurance.

You can leave your gloves in the car or whatever, but without the financial ownership or the hurdles of testing or winter tires or changing the oil

The revenues from “traditional” areas such as taxi services, and the sale and fuelling of human-driven cars will fall by around 38 per cent in the same period, it estimates.

This disruption could allow manufacturers to forge a closer relationship with the users of their vehicles.

But it also changes their business model, because fleets of subscription and other rented vehicles need to be owned. Car companies, rather than customers, will have to shoulder their depreciation.

General Motors’ Cadillac brand recently pulled its fledgling subscription service, called Book, in part because of the depreciation costs of cars that were not being taken up by motorists.

Part of the service’s promise was allowing customers to switch vehicles if needed, though fewer than expected took up the offer, leaving Cadillac with unused cars losing money in its parking lots.

“You have this challenge of offering more than one car per customer, because you have to be able to provide the choice,” Cadillac chief Steve Carlisle said at Detroit’s auto show in January.

“That part of it was very challenging, because it turns out people aren’t swapping as much . . . how do you finance vehicles going into a thing like that, with the depreciation, amortisation and so on? It’s a hassle.”

The model was, Mr Carlisle admitted, the “first shot”, and a second iteration will be launched in the coming months, one that attempts to balance the needs of dealers and customers.

Porsche allows customers to switch to convertibles at weekends through its Passport service. Such features might encourage more users to swap models. But that creates an additional headache for car companies — the logistics of delivering and picking up vehicles.

Price is another challenge. Subscription packages appear expensive compared with “traditional” sticker prices in the showroom or online. But Volvo Cars chief executive Hakan Samuelsson, who has led the Swedish group’s pivot to the subscription model, argues sticker prices are misleading.

“People walk into showrooms and think something is cheap, but it isn’t actually that cheap, because all the extras come in,” he told the FT recently. “Subscription is the other way around, so it takes an explanation to understand that it really is a favourable offer because you’re competing with something that’s not complete.”

“It’s another form of traditional ownership, so you can leave your gloves in the car or whatever, but without the financial ownership or the hurdles of testing or winter tires or changing the oil.”

All this assumes that people will still drive themselves. But some carmakers have struck deals to sell vehicles to ride-hailing fleets, putting them to the front of the queue to provide “hardware” to a potentially vast new customer base, from Volvo with Uber to Jaguar’s deal to sell electric cars to Waymo, the self-driving car subsidiary of Alphabet.

But these changes are decades away and others in the industry see outright ownership as more resilient. “We still see exclusive use of a vehicle still being very important to people,” says Nathan Coe, chief operating officer of UK online car marketplace Auto Trader.

“The car is freedom, it’s independence, it’s convenience. A lot of the ownership conversation is driven by the assumption we opt for the lowest pence per mile.”

George Arison, chief executive of US online car sales group Shift, told the FT’s Future of the Car Summit in London last month that Europe has one of the highest rates of vehicle ownership while at the same time having the best public transport systems when compared with the US or Asia.

What customers are requesting, according to car executives, is greater flexibility. Leasing involves a set contract length, as well as estimations on mileage — sometimes leading to hefty bills if motorists exceed their limits. 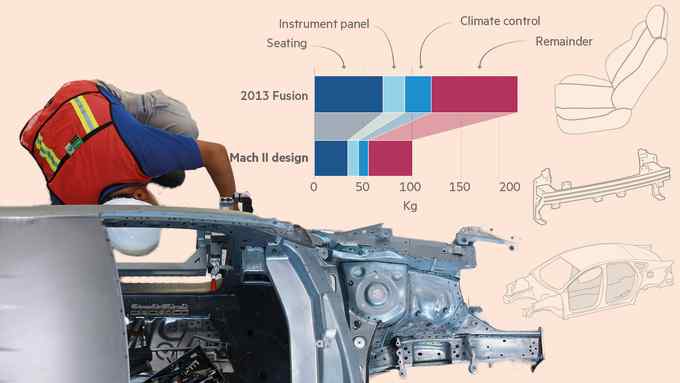