Consultants for western business advisory companies have been flocking to Saudi Arabia — particularly since 2016, when Crown Prince Mohammed bin Salman launched his economic reform plan. His aim was to wean the kingdom off its dependence on oil revenues.

The consultants are mostly foreign men who enjoy advantages rarely open to Tala al-Jabri, a Saudi woman who set out eight years ago to build a career as a consultant. “Even for translation jobs — since many government clients in the kingdom require reports to be in Arabic — we were told all the translators must be men,” she says.

Many clients, especially in the government, did not want to deal with women. Furthermore, few companies in the region had female partners or women in senior positions who could serve as mentors or role models.

Ms Jabri, now 30, grew up in the coastal city of Jeddah. She studied finance at McGill University in Canada as part of a Saudi government scholarship programme sending students abroad. Most of these students return to seek work in the kingdom and the Gulf region.

“Top consulting firms in my time would hire a legion of men but you would rarely see a Saudi female consultant in any client-facing role,” says Ms Jabri. She has worked at organisations including management consultancy Oliver Wyman and professional services firm Accenture.

Currently dividing her time between Riyadh and Abu Dhabi, her most recent career step has been to move from consulting to a new path as a venture capital investor, including work for SoftBank’s Vision Fund.

Her first big break, she says, came in 2015 when she was hired by Dow Chemical as head of government strategy and markets. She was determined to prove herself in a role that allowed her to work with senior government officials, as the US company expanded its presence in the kingdom following a $20bn joint venture with state oil company Saudi Aramco.

Restrictions placed on Saudi women wishing to develop a business career have included strict guardianship rules. Women needed permission from a male guardian to travel abroad or obtain a passport, which often limited their chances to compete with male counterparts.

Saudi Arabia did not allow women to drive until 2018. Until recently, gender segregation has been the rule in most workplaces.

“In consulting, it’s a very team-centred design and so there are so many touch points with the team throughout the week. Every day you sit together for roughly 12 hours,” Ms Jabri says.

But there were many cases in her career in Saudi Arabia, “where I would need to work in a different room, and it takes away from how consulting works”.

That has gradually changed, with the kingdom seeking to relax restrictions on women and grant them more rights as part of the crown prince’s plan to overhaul the economy and modernise society.

Female unemployment remains high at 30.8 per cent, according to latest government data. But the World Bank’s Women, Business and the Law 2020 report has praised Saudi Arabia for reforms advancing women’s economic participation. They no longer require permission from a male guardian to travel abroad or obtain a passport.

At the same time, the number of women in leadership positions remains limited. Saudi Arabia appointed its first female ambassador last year when Princess Reema bint Bandar was named envoy to the US, but there are no female cabinet-level ministers.

As well as there being too few role models for Saudi women, says Ms Jabri, a key problem is “raising awareness around those remarkable women who are doing non-traditional gender roles”.

“Here in Saudi we have an amazing opportunity,” she says, noting that new attitudes are gathering strength among women in their twenties and thirties.

“I think young millennials and Gen Z are coming up believing that they can conquer the world,” she adds. “And that is exactly the right approach.” 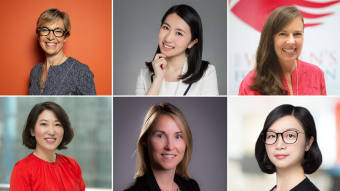